The G20 adopts the new family face like its larger siblings, the 5 and 7 Series sedans 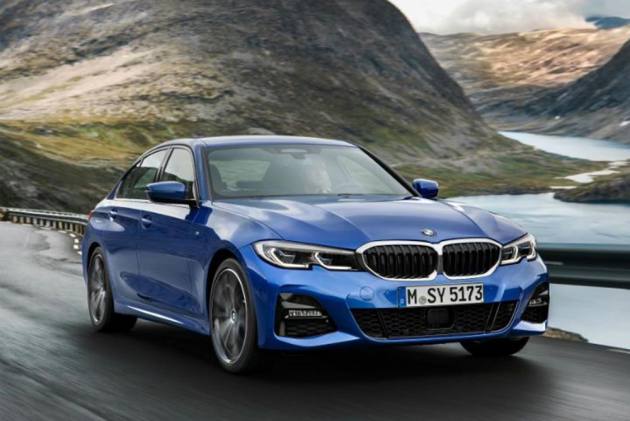 BMW has officially pulled the wraps off the new generation 3 Series sedan at the 2018 Paris Motor Show. The car was teased by BMW in a video of the 3 Series being produced at the company’s plant.

First let’s talk about the aesthetics. The new 3 Series, or G20 in BMW speak, echoes the design of the 5 Series but yet sets itself apart. The front looks muscular and butch thanks to the contoured bonnet and slightly flared wheel arches. The front apron, too, is rather deep and the familiar twin laser headlamps now flank a much larger kidney grille. Looked at from the side, the 3 Series looks even sportier than before thanks to the redesigned ‘Hoffmeister Kink’ and a GT-esque side profile with a slightly pushed back cabin and a rather stubby tail. The rear looks refreshing and features the new L-shaped brake lights that spill over to the boot. The reversing lamps are mounted above the L-shaped strip that gives the rear a sleek look. 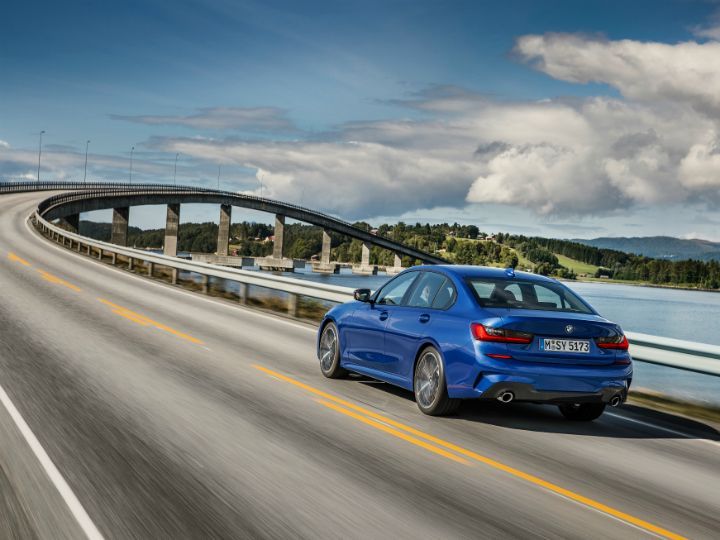 Compared to the model it replaces, the new 3 Series is 76mm longer, 37mm wider but sits slightly lower. The wheelbase has increased by 41mm and the front and rear track is wider by 43mm and 21mm wider, respectively. The G20 is also 55kg lighter than the current car and boasts of a drag coefficient of just 0.23. 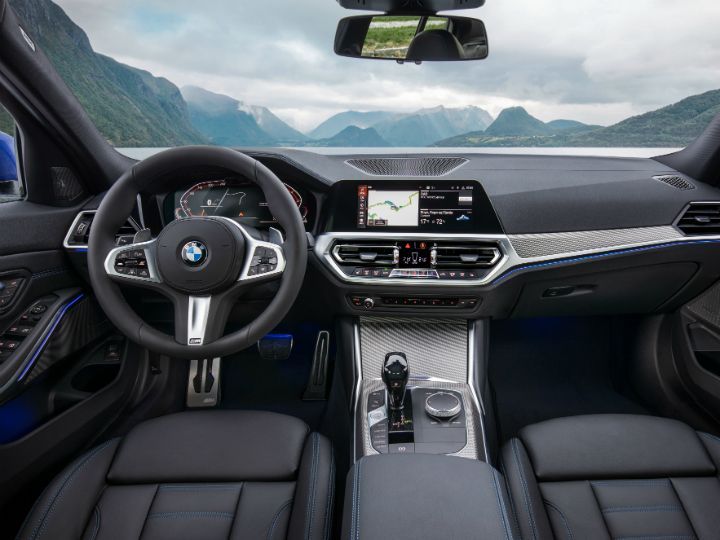 The cabin, despite its traditional 3 Series aura, has received a considerable update. The dashboard looks much more elegant and appealing as a lot of the clutter has been done away with.  The aircon console has been redesigned and now looks sleeker. Infotainment screen too is now a part of the centre console, which has helped clean up the dash. A 5.7-inch digital instrument cluster paired with an 8.8-inch infotainment screen is offered as standard. Customers can upgrade to a 12.3-inch instrument cluster and a 10.2-inch infotainment screen as well. In India, however, BMW is likely to offer the 3 Series with a single screen size across all variants. The G20 also boasts of a larger HUD unit and a new Intelligent Personal Assistant with voice and gesture control. 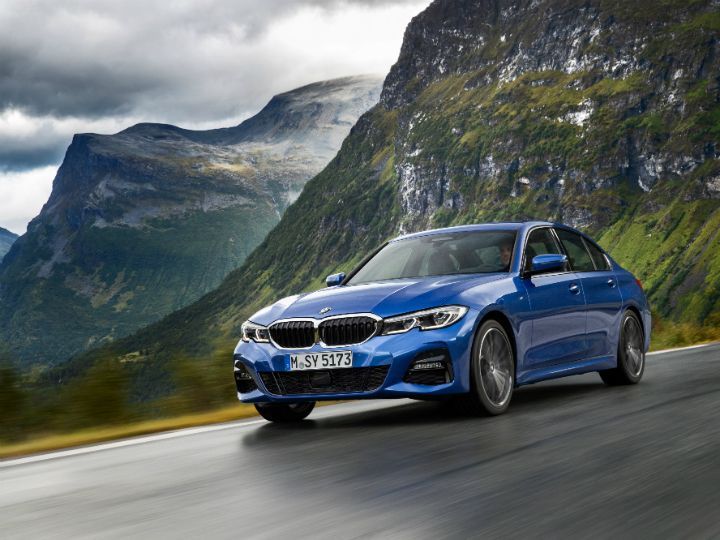 The new 3 Series go on sale in various international markets on March 9 next year, where it will be available with five engine options - two petrols and two diesels. The 320i and 330i will come with the same petrol engine in two different states of tune. The engine on the 320i produces 184PS of max power, while the 330i makes 258PS of max power along with 400Nm of torque. Similarly, the 318d and 320d will employ the same diesel engine making 150PS and 190PS, respectively. The 330d, on the other hand, will come with a 3.0-litre straight six pushes out 265 horses. The 3 Series will be offered with the choice of a 6-speed manual or an 8-speed ZF automatic gearbox. In India, however, we will likely get the 320d and 320i variants only, initially at least, and both will be paired with the 8-speed AT gearbox. 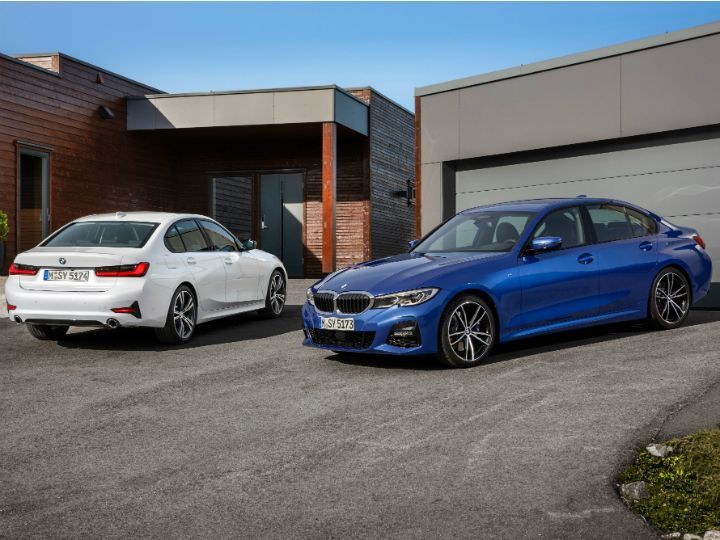 As for the suspension, the 3 Series now gets lift-related dampers that are available with both standard and the optional M Sport suspension package. The M Sport package lowers the car by 10mm and features adaptive suspension. The package will also include the variable sport steering and the 4-piston M Sport brakes as well.

The 3 Series will have a certain level of autonomy as well. Standard equipment includes Lane Departure Warning, plus Collision and Pedestrian Warning with City Braking function, the latest version of which also alerts the driver when a cyclist is detected. Options include Active Cruise Control with Stop & Go function and the Driving Assistant with Lane Change Warning, Rear Collision Prevention and Cross- Traffic Alert. Also offered is the Driving Assistant Professional, which is essentially the steering and lane control assist that helps the driver keep the car in its designated lane along with Active Parking assist. 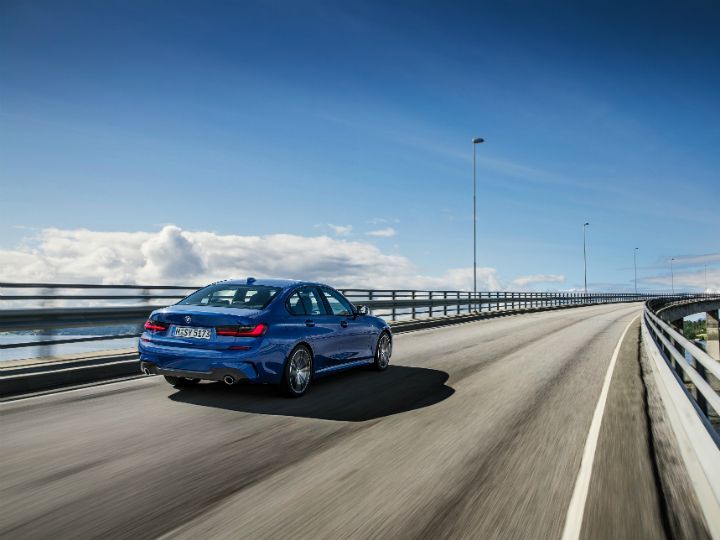 The new 3 Series is likely to be launched in India by end of 2019 and wirh a price tag ranging from Rs 39.8 lakh to Rs 50 lakh (ex-showroom), depending on the variant. When launched, it will go up against the new Mercedes-Benz C-Class, the refreshed Audi A4 and possibly a refreshed Jaguar XE as well.