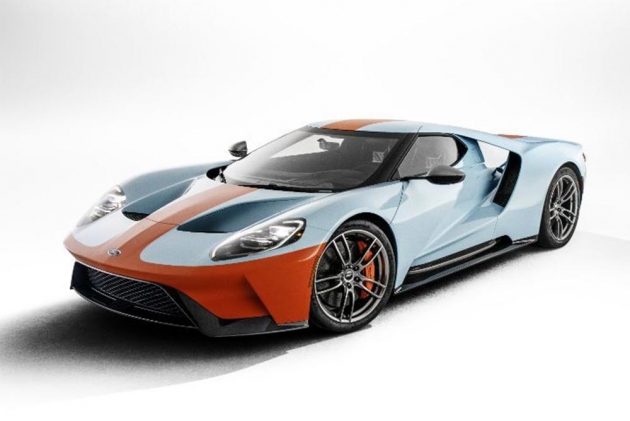 Ford has unveiled the 2019 Ford GT ‘68 Heritage limited edition to celebrate the 50th anniversary of the GT40’s wins at the 1968 and 1969 24 Hours of Le Mans. The GT ‘68 Heritage dorns the iconic Gulf Oil light blue and orange livery along with interior trim which mimic the one found on the original Le Mans winning car. 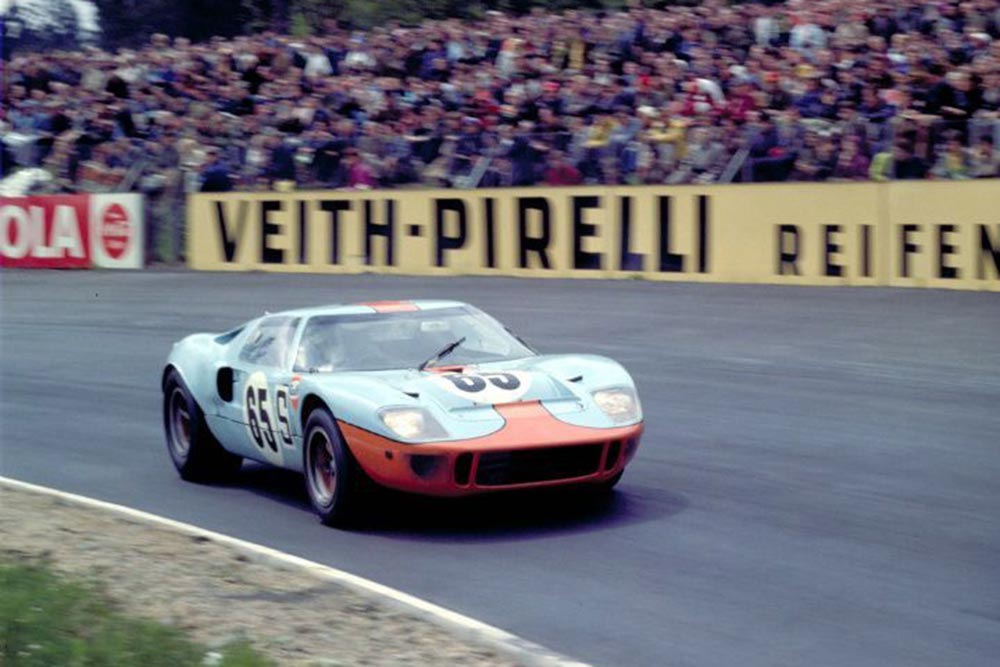 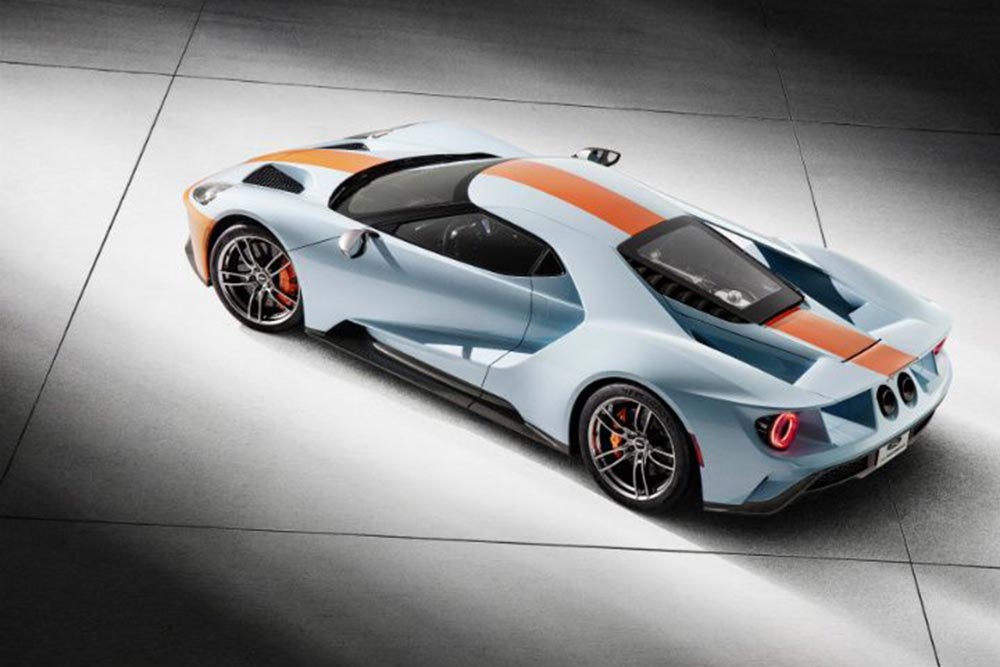 Ford has not stated if there are any mechanical changes to the GT ‘68 Heritage, the ‘standard’ road car is powered by a 3.5-litre, twin-turbocharged EcoBoost V6 developing 656PS of maximum power and 746Nm of peak torque paired with a 7-speed dual-clutch transmission. With a kerb weight of 1521kg, the car can accelerate from 0-100kmph in under 3 seconds and go on to hit a top speed of 348kmph. 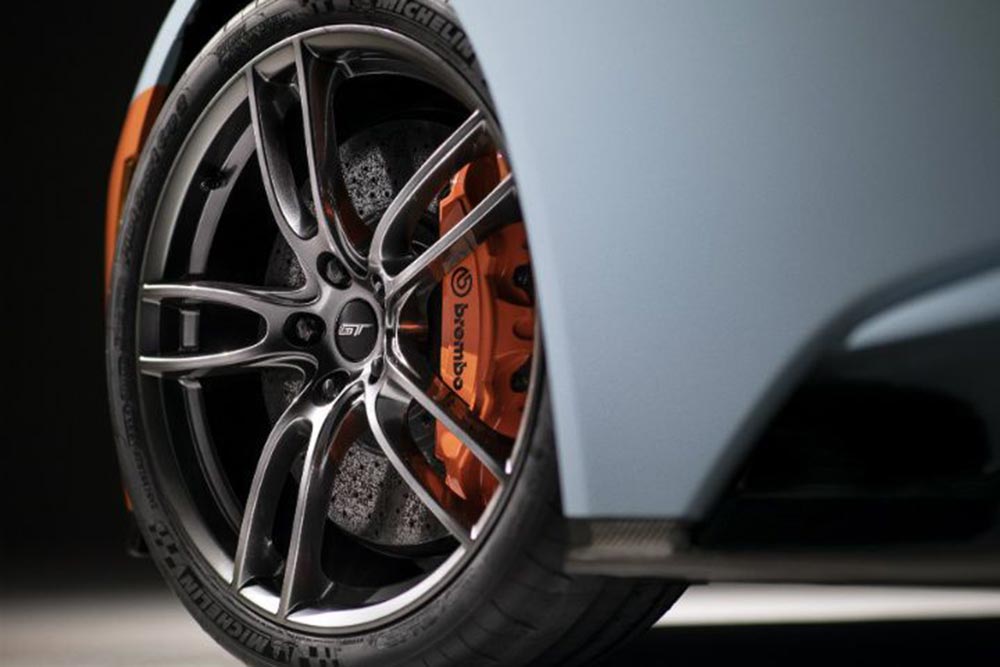 The GT ‘68 Heritage will be available in limited numbers in both 2019 and 2020 with the Gulf Oil livery as well as 20-inch forged dark stainless aluminium wheels offered as standard.

Other features which hark back to the racecars include orange calipers and silver rearview mirror caps. 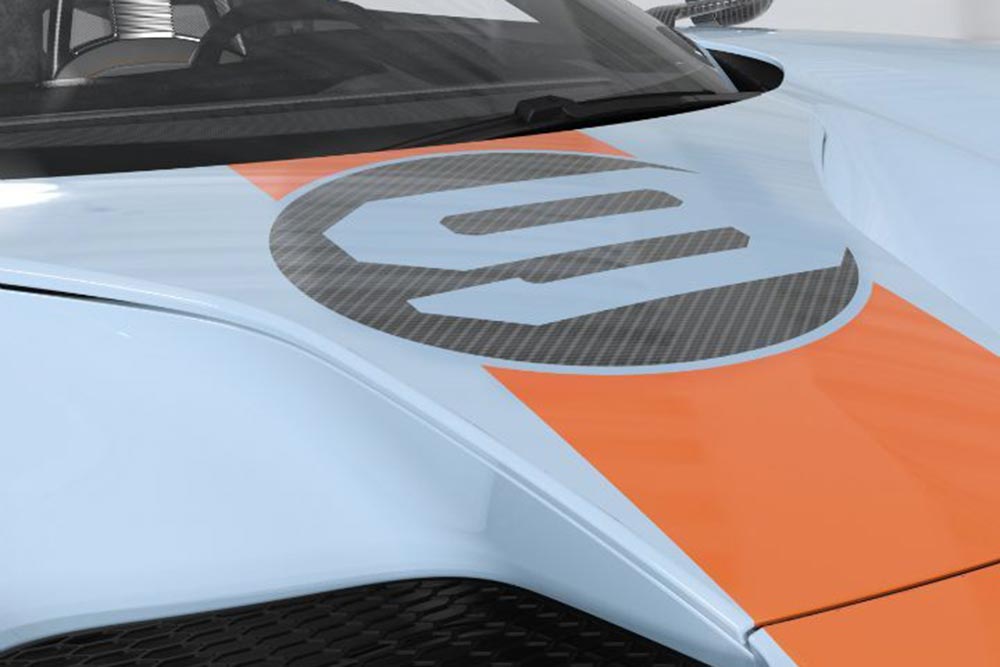 The 2019 cars will feature the No. 9 graphics in exposed carbon fibre on the bonnet and doors as an optional extra, while the 2020 cars can be ordered with the No. 6 graphics. 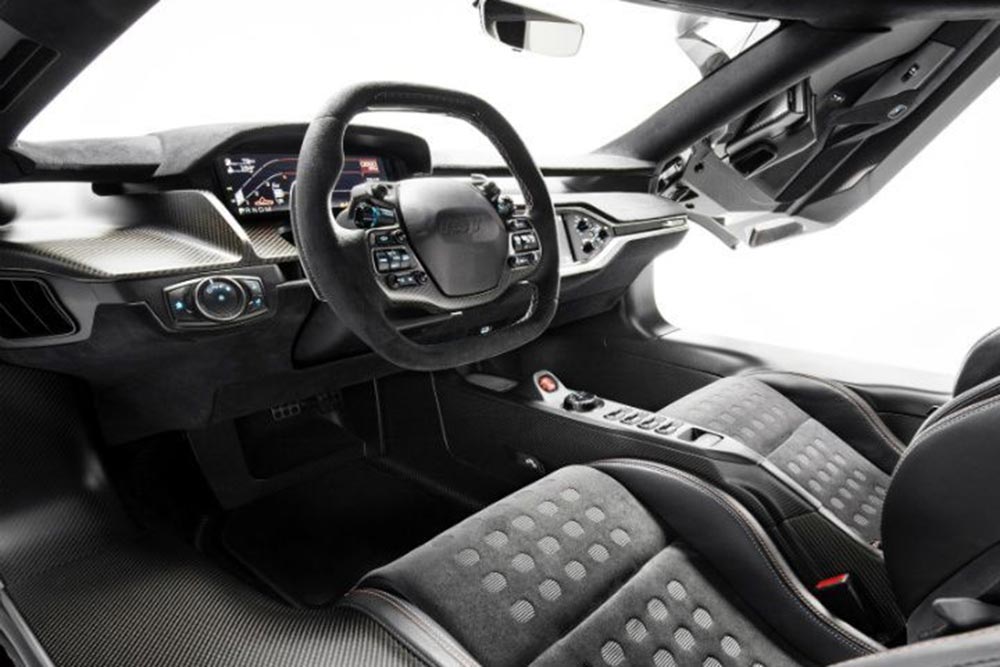 Inside, the A-pillars are exposed (as are the door sills, centre console and dashboard) to show off the carbon-fibre architecture of the car. Black Alcantara covers the seats, headliner and steering wheel, while dark stainless steel trim pieces can be found on the dashboard and doors. 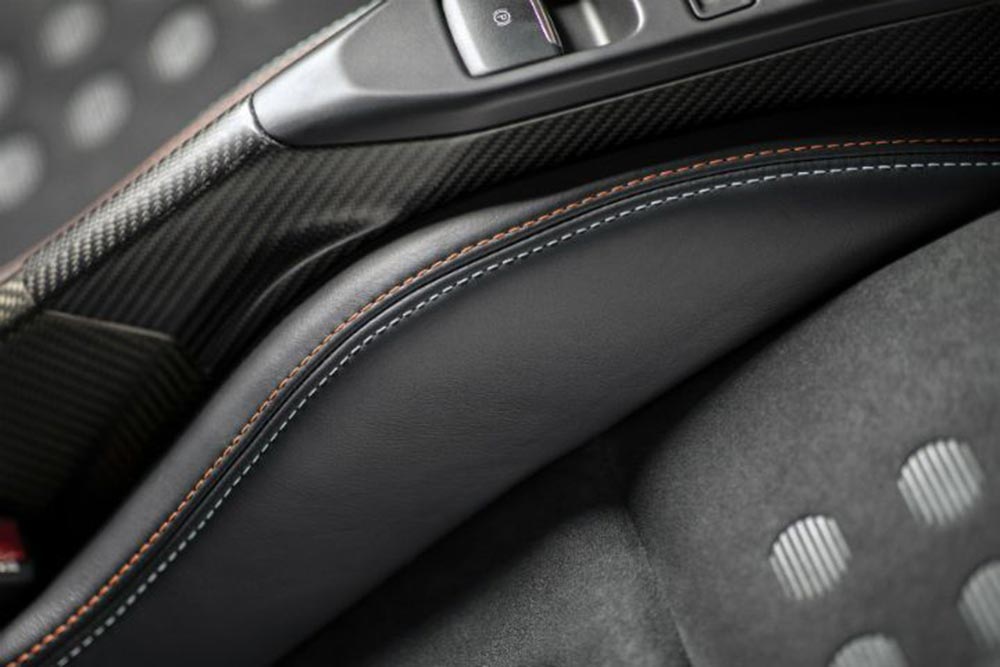 The seats get unique Gulf Oil blue-and-orange stitching as well as a unique embossed pattern which mimics the lightweight race seats in the GT40 racecar.

What do you think of the collaboration between Ford and Gulf Oil to create the GT ‘68 Heritage edition? Let us know in the comments section below.