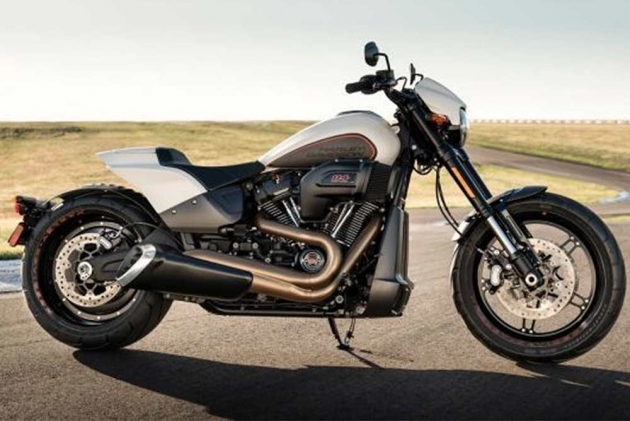 Barely a month after Harley-Davidson announced its plans for the future, the legendary motorcycle manufacturer has unveiled a brand new cruiser called the FXDR 114. The new power cruiser is based on the Softail chassis and is powered by the Milwaukee-Eight 114 V-Twin motor. Apart from a generous helping of weight-saving components, it also gets a revamped chassis to make it the most performance-oriented Harley-Davidson yet.

Harley-Davidson says the FXDR 114 looks like a “drag racer crossed with a fighter jet”. We couldn’t agree more as it looks quite muscular yet compact. The LED Daymaker headlamp gets a tiny bikini fairing flanked by LED turn indicators. The stretched 16.6-litre fuel tank swoops down into the single-piece seat with a slight hump at the rear that serves as a support for your lower back. The chopped tail section is complemented by the fat 240mm rear tyre held by an aluminium swingarm. The stubby 2-into-1 exhaust has been designed keeping cornering clearance in mind. While tyre huggers usually soften the looks of a motorcycle, the FXDR 114 gets a full-length composite unit with aggressive slits to keep the design interesting. It ends with a licence plate holder with integrated tail light and turn indicators, making the subframe look minimalistic. 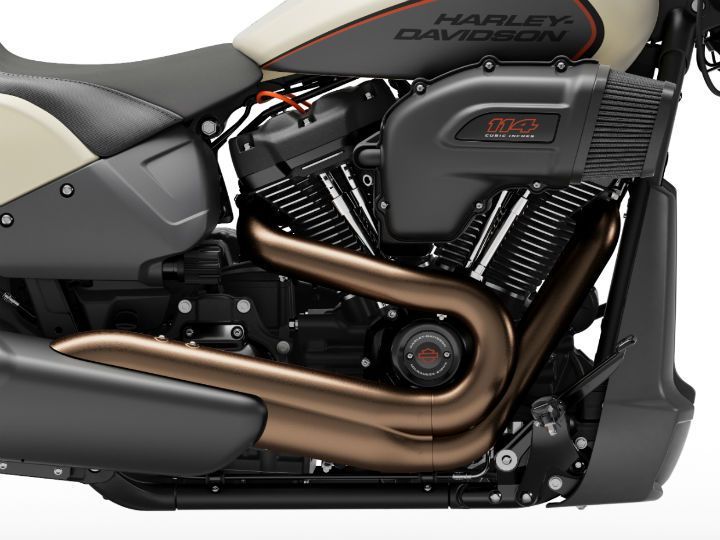 Powering the FXDR 114 is the 1,868cc Milwaukee-Eight 114 V-twin motor that breathes through a new air intake that draws inspiration from the Screamin’ Eagle drag bikes. The engine has been tuned to churn out a massive 161.3Nm of torque at just 3500rpm and is rigid mounted for superior dynamics. It employs dual counterbalancers to cancel out any primary vibrations at idle, and power is transferred to the rear wheel via a 6-speed gearbox and belt drive. The cruiser manufacturer is also offering a range of performance-oriented Screamin’ Eagle parts right from Stage 1 to Stage 4. The icing on the cake is that these parts do not void the factory warranty if installed at an authorised dealership. 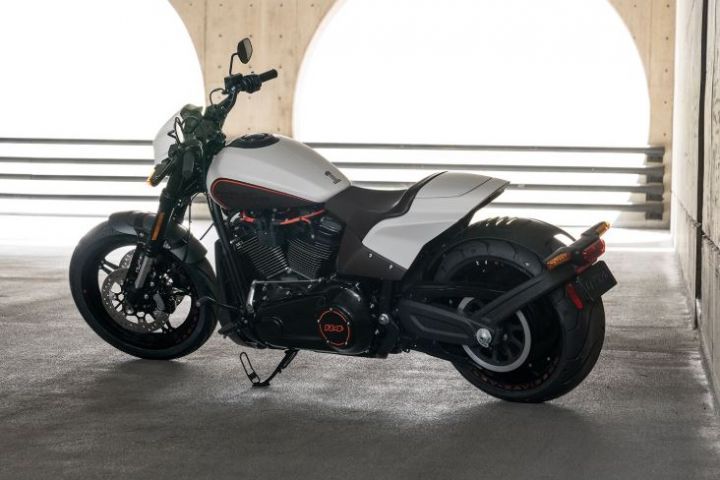 The FXDR 114 promises to be one of the most performance-oriented cruisers from the manufacturer thanks to a heavy dose of aluminium and composite material, especially at the tail. Despite all the weight reduction, the motorcycle weighs a hefty 302.9kg in running order! The frame rides on performance single-cartridge 43mm inverted forks up front and a coilover monoshock at the rear with remote preload adjustment. For optimum grip, Harley has equipped the 19-inch front and the 18-inch rear aluminium alloys with Michelin Scorcher tyres. Braking is done via dual 300mm front discs and a disc at the rear, with ABS as standard.

The FXDR 114 is priced at a hefty premium of $21,349 (around Rs 14.93 lakh excl. taxes) for the base Vivid Black paint option. It locks horns with the Ducati XDiavel, which is around $850 cheaper. Expect it to arrive on our shores in a couple of months from now.