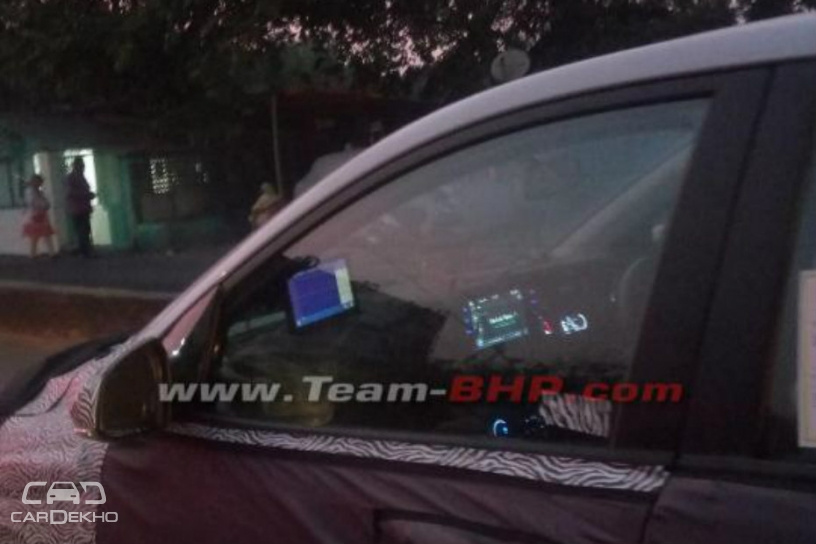 The third-generation Hyundai Grand i10 was first spotted doing test runs in India back in August 2018. This time around, someone has managed to sneak a look at the interiors of the heavily camouflaged hatchback that is expected to launch in 2019.

In these photos, we can spot a new floating-style touchscreen display on the dashboard. It should support Android Auto and Apple CarPlay along with navigation like the current unit. There was a second test car as well which seemed to lack the infotainment display system and also had different climate controls. 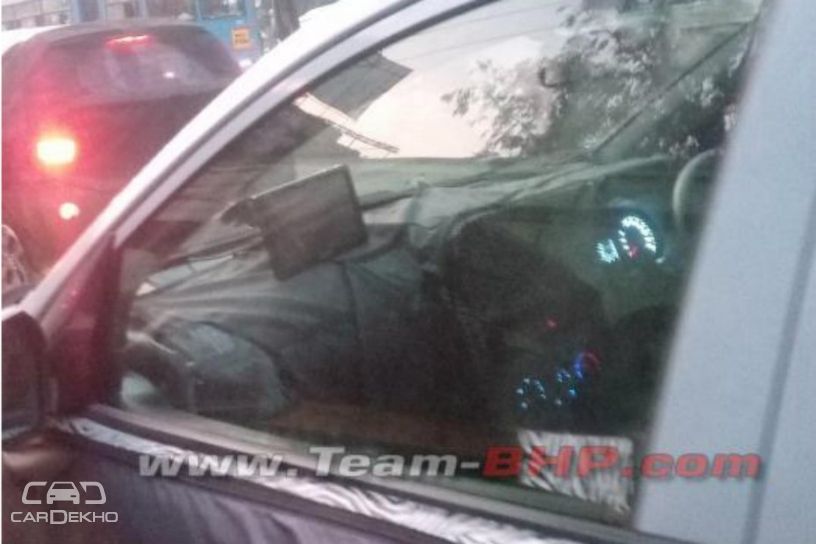 Other features expected on the higher trims of the upcoming Grand i10 include automatic climate control with rear AC vents, smart key and engine start/stop button. Electrically adjustable and folding OVRMs will be carried forward. Driver and front passenger airbags along with ABS with EBD are already offered as standard, while rear parking sensors should be offered across all variants as well. 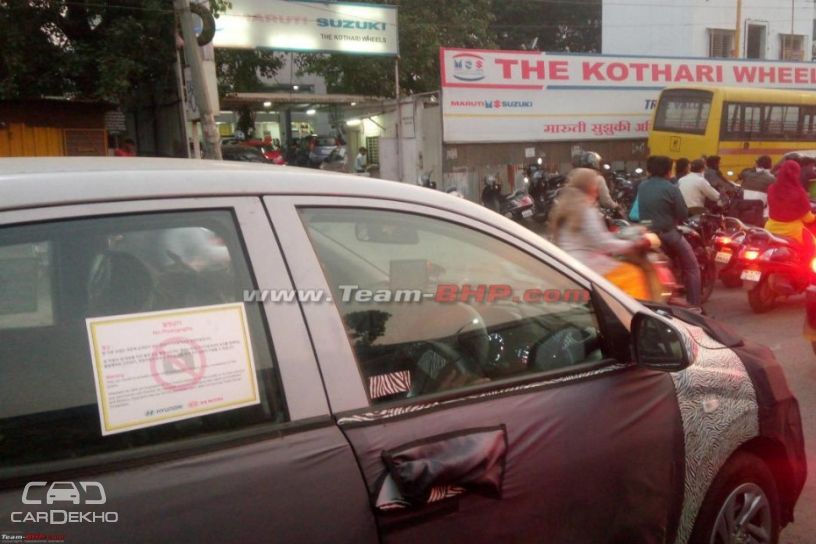 A familiar set of 1.2-litre petrol (83PS/113Nm) and diesel (75PS/190Nm) engines are expected to be carried forward as well. The current 4-speed automatic transmission with the petrol engine could be replaced by the in-house developed 5-speed automated-manual transmission (AMT), which will debut with the new Santro.

The new Grand i10 is expected to be bigger than the current model as it is likely to be underpinned by a new platform. We expect it to be launched next year, post the Carlino's launch in April 2019. Once launched, the 2019 Hyundai Grand i10 will compete against the likes of the Maruti Suzuki Swift and Ignis, Ford Figo, Nissan Micra, Honda Brio and Mahindra KUV100 NXT.