We pit the latest Japanese ADV against the modern Italian alien! 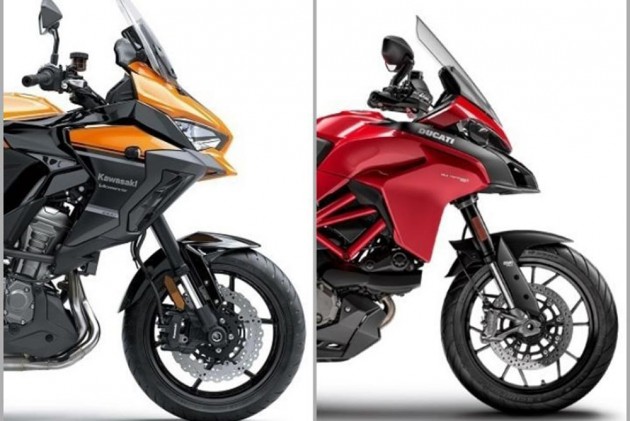 Adventure tourers are all the rage these days. Their inherent versatility and the capability of traversing ridiculously long distances in utter comfort make them much sought after by those who seek, erm... adventure. Cutting-edge MotoGP tech seems to be trickling down even to ADVs and they enhances a motorcycle’s dynamics considerably. Kawasaki and Ducati both have updated their adventure tourers at this year’s EICMA so let’s see how they stack up against each other on paper: 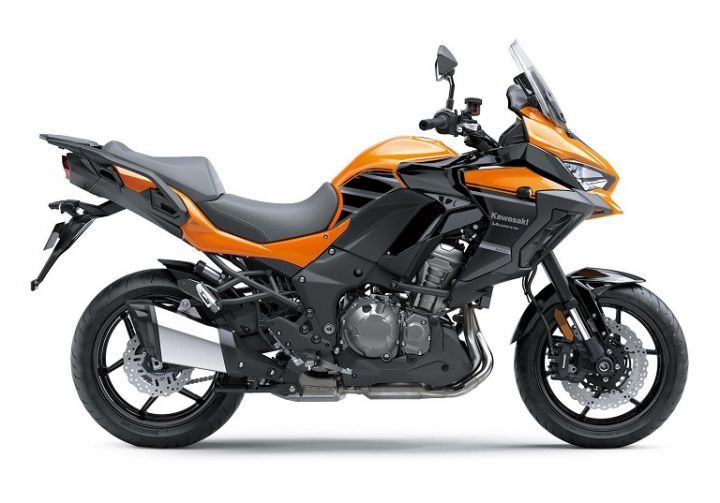 The 2019 Kawasaki Versys 1000 comes with a host of both design and mechanical changes to give the venerable soft roader a much-needed makeover. While Kawasaki has used their Ninja-H2-ZX-10R-inspired design genes here as well, we aren’t exactly fans of how it looks on an ADV. Design is subjective, nonetheless. The motorcycle now gets an all-LED lighting system and a redesigned front fairing. It now looks similar to the Ninja 400 / ZX-6R. The rear looks similar to the older-gen motorcycle but gets slightly longer bodywork and the panel runs down the sides, nicely bridging with the design of the frontal portion. 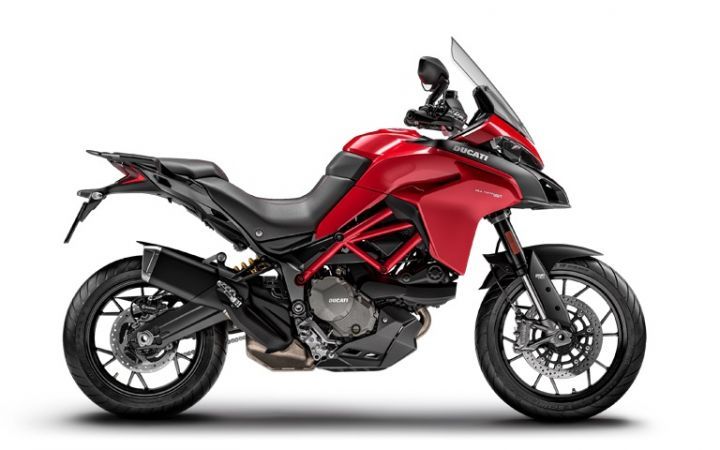 In its 2019 iteration, the Ducati Multistrada 950 inherits “side wings” from the Multistrada 1260. This gives the side fairing a slightly more aggressive and aerodynamic look. The rear of the motorcycle has remained more or less unchanged. While the Versys gets an analog-digital instrument cluster, the Multistrada comes with a full-digital unit. The Multistrada looks a lot more sleeker than the Versys, especially at the rear. However, the Versys does get a practical, well-cushioned pillion seat.

Displacing a bit more than 100cc over the Multistrada, the Kawasaki’s engine makes more power and torque, but the Ducati isn’t too far behind either. Interestingly, both bikes’ output is in the same ballpark despite the fact that the Versys uses two cylinders more. The Versys comes with electronic cruise control, Kawasaki Cornering Management Function with cornering ABS, traction control and power mode selection. Cornering ABS considerably improves the bike’s handling as it takes into account the lean angle of the motorcycle too when braking. The Italian on the other hand comes with riding modes, power modes, Ducati Traction Control and Bosch cornering ABS as well. It also features self-cancelling indicators and Vehicle Hold Control, which should be a godsend when parking on sloped surfaces. Cruise control is optional for the Multistrada. Both bikes get a quickshifter (up and down) as optional fitment. 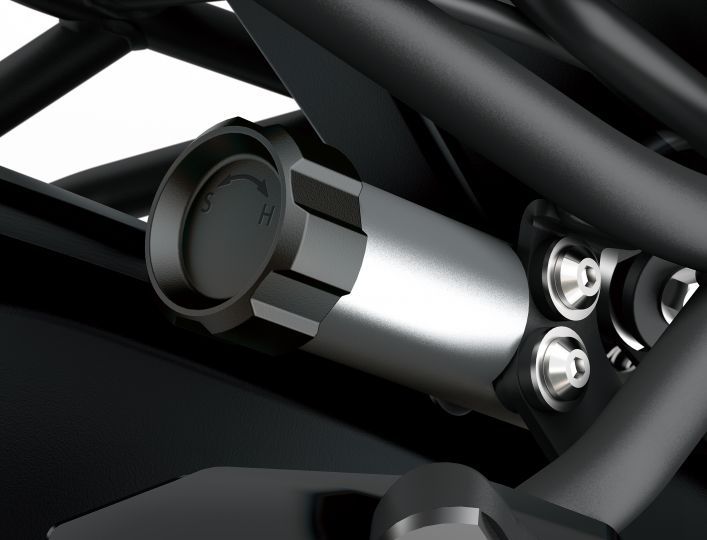 As far as suspension is concerned, the two bikes come with fully adjustable front and rear units. The Ducati gets considerably longer travel than the Versys though. This should make the motorcycle much more stable while riding on bad roads. The two ADVs feature semi-active electronic suspension in the higher-end variants. When it comes to braking, the Multistrada seems to be slightly better equipped thanks to its larger front and rear discs. It also uses a bigger front wheel, which should improve off-road dynamics of the motorcycle. The Ducati rides on Pirelli Scorpion Trail II tyres while the Kawasaki uses Bridgestone Battlax. These two bikes are essentially soft-roaders because of the tyre type and the fact that they both use alloy wheels. The Ducati however comes with spoke wheels as an option, along with optional Pirelli Scorpion Rally tyres. 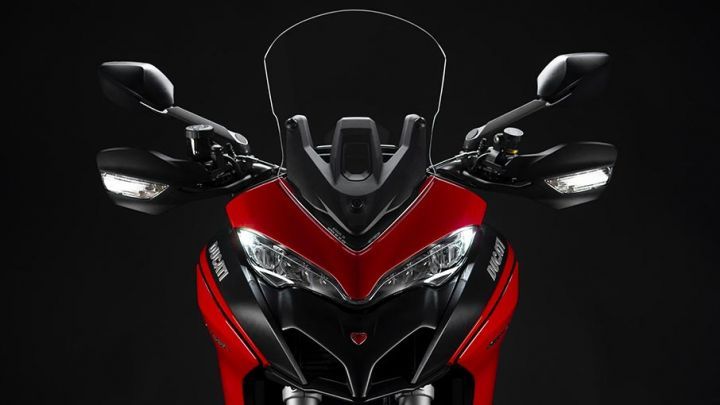 The Versys 1000 is considerably heavier thanks to its bigger engine and bulkier chassis. Despite the visual mass, the Versys actually has slightly shorter wheelbase than the Multistrada. Both bikes should have commendable riding range because of the large fuel tanks. Seat height also remains the same for the two motorcycles. Ducati’s accessory low seat brings the height down to 820mm. Interestingly, the optional low seat for the Versys is both narrower and lower by 20mm. 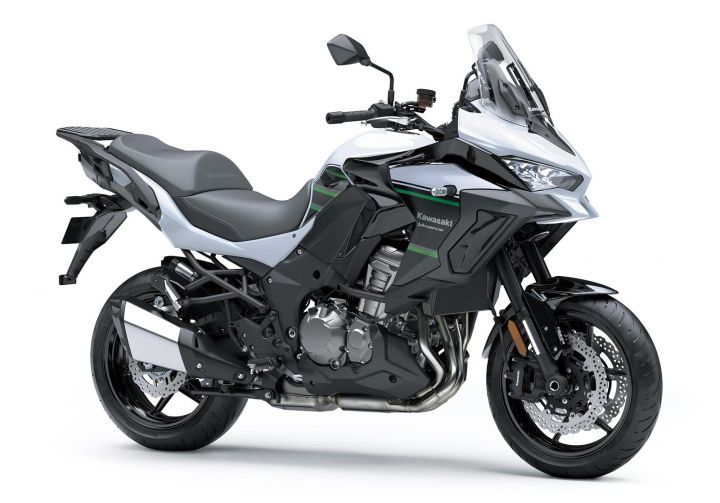 The Ducati Multistrada is ideal for those who are looking for a relatively light softroader ADV. The Kawasaki on the other hand is more pillion-friendly and offers slightly better grunt too. Bookings for the new Versys is open in India for a token amount of Rs 1.5 lakh. The bikes will be delivered in April 2019. While pricing hasn’t been revealed, we expect this motorcycle to cost around Rs 11 lakh. The 2019 Multistrada is expected to be launched in the first half of next year. Ducati already sells the 2018 model at Rs 12.8 lakh (all ex-showroom, pan-India).