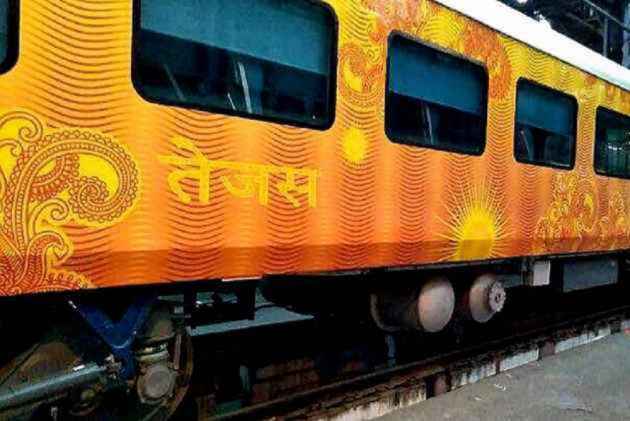 The passengers were headed towards Mumbai. After consuming the food served by the Indian Railway Catering and Tourism Corporation (IRCTC) on the Tejas Express, they complained of uneasiness, Konkan Railway Chairman and Managing Director Sanjay Gupta told PTI.

The train was stopped at the Chiplun station and all 26 people were admitted to the city's Life Care hospital. Their condition is not serious, he said.

The Tejas Express, one of the premium trains of the Indian Railways, connects Mumbai and Karmali in Goa.

Railway Minister Piyush Goyal had, last month, asked officials to ensure that meals served on board trains carry information about quantity and the contractor supplying it, as the national carrier continues efforts to improve catering services.

In a letter addressed to all zonal general managers, the railway board had said that Goyal has asked that food served to passengers has the name of the supplier or contractor, weight, date of packing and a distinct symbol indicating if it is vegetarian or non-vegetarian.

As of now, the packets only mention if the food is veg or non-veg.