Special CBI judge OP Saini pronounced the judgements in separate cases lodged by the CBI and the ED in the infamous 2G scam which rocked the UPA government. 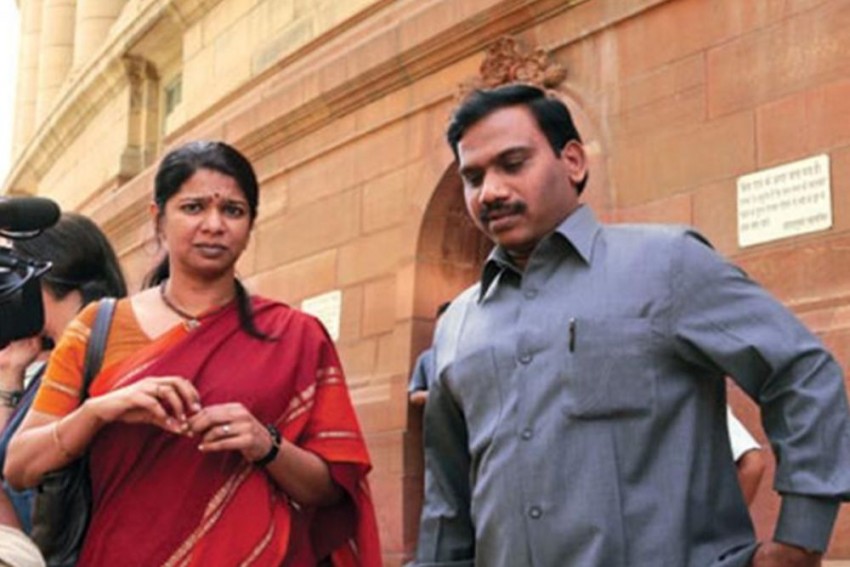 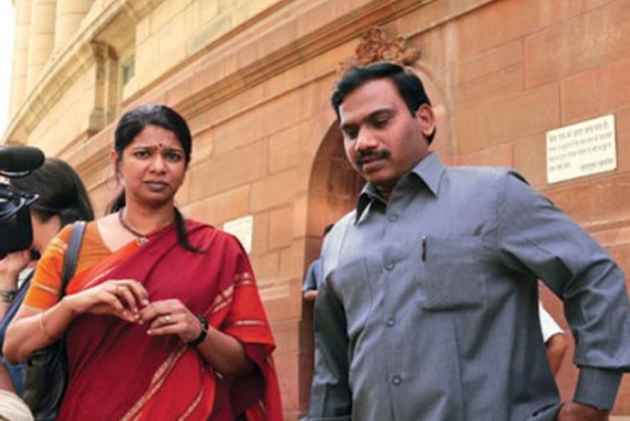 A Central Bureau of Investigation(CBI)special court in New Delhi on Thursday acquitted all accused, including former telecom minister A Raja and DMK MP Kanimozhi, in the much-anticipated 2G spectrum allocation scam cases.

Raja and Kanimozhi have also been acquitted from charges prosecuted by the ED in a case arising out of the 2G scam probe.

Special CBI judge OP Saini gave judgements in separate cases lodged by the CBI and the ED in the infamous scam. Fifteen other accused in the case and three firms were also acquitted.

The scam relates to the granting of 2G spectrum licence allocations in 2007-08 that caused, according to a report by the Comptroller and Auditor General of India, a loss of Rs 1.76 lakh crore.

"Saini said the prosecution has miserably failed to prove any of its charge. Thus, all accused are acquitted," Vijay Aggarwal, the lawyer of Swan Telecom promoters Shahid Usman and Balwa Vinod Goenka and others told the media outside the court.

"I would love to thank everyone who stood by me," said Kanimozhi outside the court.

I would love to thank everyone who stood by me: Kanimozhi, Rajya Sabha MP #2GScamVerdict pic.twitter.com/3plOl0RlLE

Senior Congress leader P Chidambaram said: "Allegation of a major scam involving the highest levels of the government was never true, was not correct and that has been established today."

Delhi: DMK supporters marching and celebrating outside Patiala House Court after the Court's pronouncement of #2GScamVerdict. All accused have been acquitted. pic.twitter.com/LtLzDbyQ2h

The court had directed all accused, including Raja, Kanimozhi and others to remain present before it for the verdict.

DMK working president MK Stalin  said:  "The acquittal of all the accused by the special court has brought happiness to us. The verdict further proves that there was no wrong done. All this has been proved."

Reacting to the verdict, Union finance minister Arun  Jaitley said the Congress leaders are treating this judgement as some kind of a "badge of honour" and a certification that it was an honest policy.

"Each and every case of spectrum allocation was quashed by the Supreme Court  (in 2012) as arbitrary and unfair. The policy was quashed as unfair and intended to cause loss to the government and the government was directed to have a fresh policy by which an auction would take place."

The court also acquitted Essar Group promoters Ravi Kant Ruia and Anshuman Ruia and others in a case arising out of the 2G scam probe.

Besides them, Saini also acquitted Loop Telecom Promoters IP Khaitan and Kiran Khaitan in the case.

"We are thankful to the court for the judgement as it vindicates our stated position and the court has appreciated it," an Essar spokesperson said in a statement.

The others acquitted are Vikash Saraf, one of the Essar Group Directors, Loop Telecom Ltd, Loop Mobile (India) Ltd and Essar Teleholdings Ltd.

While the court had earlier charged them with the offence under section 120 B (criminal conspiracy) read with section 420 (cheating) of IPC, substantial charge of cheating was made out against Saraf.

The trial in 2G spectrum scam started six years ago in 2011 after the court had framed charges against 17 accused in the CBI's case for the offences which entails punishment ranging from six months in life imprisonment.

Read Also: All The Accused Have Been Acquitted In The 2G Scam Case. Here Is The Chronology Of Events

All the accused facing trial in these cases have denied the allegations levelled against them by the CBI and the ED.

The court had in October 2011 framed charges against them under various provisions of the IPC and the Prevention of Corruption Act dealing with offences of criminal conspiracy, cheating, forgery, using as genuine fake documents, abusing official position, criminal misconduct by public servant and taking bribe.

In its charge sheet filed in April 2011 against Raja and others, CBI had alleged that there was a loss of Rs 30,984 crore to the exchequer in allocation of 122 licences for 2G spectrum which were scrapped by the Supreme Court on February 2, 2012.

While the court had charged them with the offence under section 120 B (criminal conspiracy) read with section 420 (cheating) of IPC, substantial charge of cheating was made out against Saraf.

The CBI had named them in its charge sheet on December 12, 2011, alleging they had cheated the Department of Telecommunication by using Loop Telecom as a "front" to secure 2G licences in 2008.

Later, the Enforcement Directorate (ED) had filed a charge sheet against Raja, Kanimozhi and others for the alleged offence of money laundering.

In its charge sheet, the ED had also named DMK supremo M Karunanidhi's wife Dayalu Ammal as an accused in the case in which it had alleged that Rs 200 crore was paid by STPL promoters to DMK-run Kalaignar TV.

In its final report, the ED had named 10 individuals and nine companies as accused and listed them in the charge sheet for the offences under the Prevention of Money Laundering Act.

All The Accused Have Been Acquitted In The 2G Scam Case. Here Is The Chronology Of Events