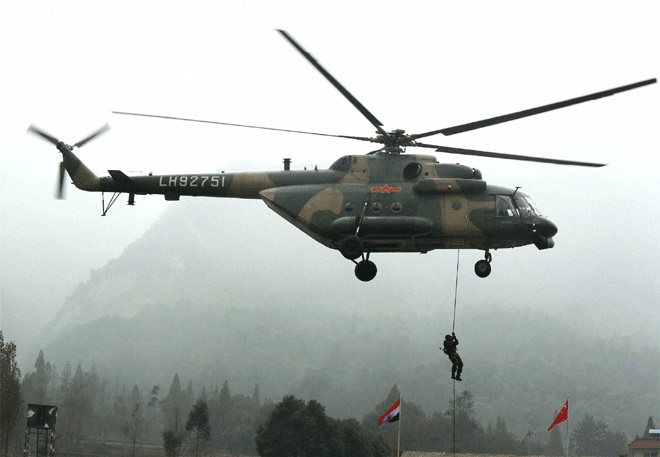 Three army personnel were injured while carrying out "slithering" operations from an advanced light helicopter (ALH) at the Army's parade ground in New Delhi, official sources said on Thursday.

Slithering is an exercise where troops are dropped from a helicopter in an area of operation using a rope attached to the chopper.

Following the incident, the Army has suspended slithering operations involving ALH Dhruv till a probe is completed, the sources said.

"Material failure" appears to be the reason behind the incident, in which three personnel were injured, they said.