During interrogation, they confessed that they were residents of Bangladesh and fake Aadhaar cards were found from their possession. 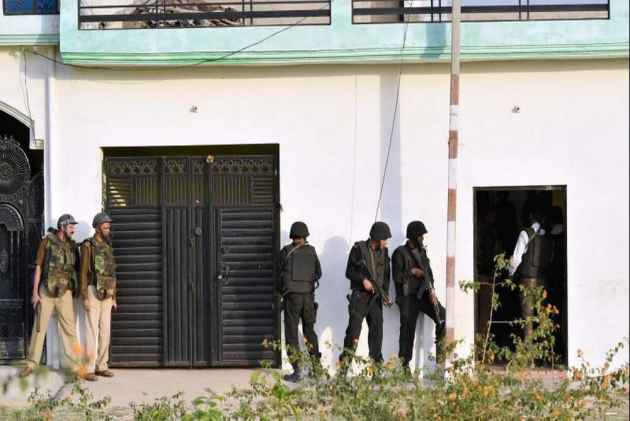 Three Bangladeshi youths, suspected to have links with Islamic extremist group Ansarullah Bangla Team (ABT), have been arrested by Uttar Pradesh Anti-Terrorist Squad in Lucknow.

During interrogation, they confessed that they were residents of Bangladesh and fake Aadhaar cards were found from their possession, he said.

Asim said that they were later put under arrest.

The names of the trio came after an ATS team on August 6 arrested suspected Bangladeshi terrorist Abdullah, associated with the ABT from Muzaffarnagar.

The ABT - also called Ansar Bangla - is implicated in crimes including some brutal attacks and murders of atheist bloggers in Bangladesh.

Abdullah alias Al Mamun was arrested from Kutesara locality in Charthawal area of Muzaffarnagar district by an ATS team and during his interrogation name of some persons came to the fore and probe was done in Deoband madrassas to find his links.

It was found that three persons - a madrassa teacher and his two brothers - were missing after which ATS team swung into action and three were arrested, the ATS IG said.

He said the ATS would probe whey they fled from Deoband and whether they have links with any terrorist group.