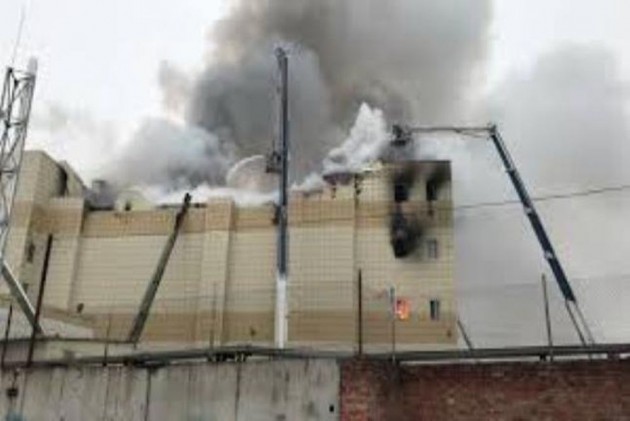 53 people were killed in a massive fire that engulfed Zimnyaya Vishnya (Winter Cherry) shopping mall in Kemerovo in Siberia on Sunday.

The fire started on the fourth floor and consumed an area of about 1,600 square meters. It is yet to be ascertained as to what caused the fire. An investigation has been launched by the Russian authorities.

According to first deputy governor of the Kemerovo region Vladimir Chernov, 13 bodies were found in one of the movie halls.

There were earlier reports of people jumping out of windows as they tried to escape the flames as fire crews evacuated hundreds of people.

Earlier, there were reports that 69 people, including 40 children went missing after the blaze broke out in the mall, a spokesman for the firefighting operation's headquarters who was quoted by TASS as saying.

Also, 12 people were reported dead, including four children and 42 others were injured.

However, according to latest figures by firefighters, more than 30 people have been wounded in the blaze and have been taken to the hospital.

The Zimnyaya Vishnya mall opened in 2013 with an overall area of 23,000 square meters. It has a parking lot for 250 cars, shopping centres, a bowling club, a children's centre, a cinema, and a petting zoo.

More than 200 animals at the petting zoo were also killed in the blaze.