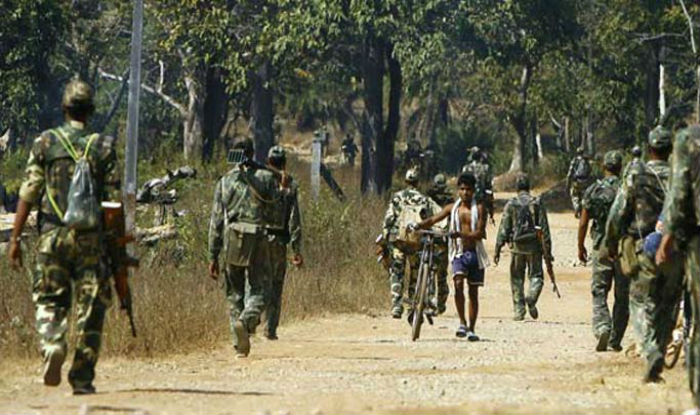 Four CRPF personnel, including two sub-inspectors (SIs), were on Saturday killed and another wounded when their colleague allegedly opened fire at them in the Naxal-affected Bijapur district of Chhattisgarh, officials said.

The fratricide was reported around 5 PM at a camp of the Central Reserve Police Force's 168th battalion under Basaguda police station area of the Bijapur, Deputy Inspector General of Police (Dantewada range) Sundarraj P told PTI in Raipur.

According to preliminary information, constable Sanath Kumar allegedly opened fire with his service weapon, an AK 47 rifle, leaving four personnel dead on the spot and another injured, he said.

Three of the four CRPF men killed in the fratricide were senior to Kumar. They have been identified as SIs Vikey Sharma, Megh Singh, Assistant SI Rajveer Singh and constable Sankara Rao, the IPS officer said.

ASI Gajanand suffered injuries in the incident, the DIG said.

The bodies and the injured ASI were evacuated from Basaguda to Bijapur at 6 PM. An MI17 helicopter was sent to airlift the injured and the bodies to Raipur, he added.

Officials said Kumar was soon overpowered and apprehended by other colleagues who were present in the camp. The jawans reportedly had a brawl before the fatal incident took place, they added.

The CRPF is deployed for anti-Naxal operations in the state.