5 Arrested For Killing Man In Delhi

Investigation revealed that since then, Abhishek started blackmailing and extorting money from them on several occasions by threatening them with reporting to police about their purchase of stolen laptops, a senior police officer said. 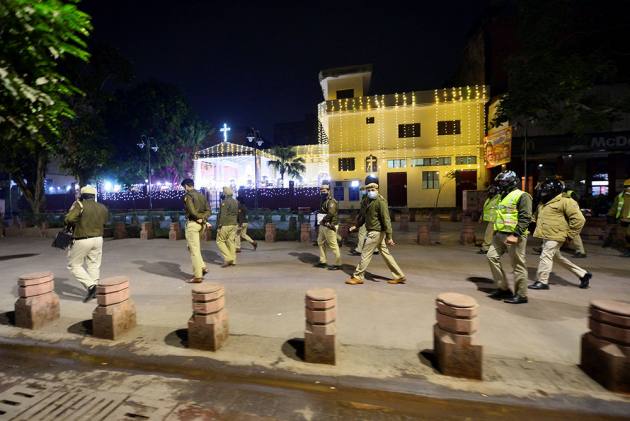 A bedsheet and polythene bags used to dispose of the body of a 20-year-old man killed in Delhi recently led the police to the five suspected killers who run a bakery, officials said on Monday. The man was strangled to death. His body was recovered on January 7 at Tikona Park Inderlok.

The accused -- Afjal Ansari (45), Savjal Ansari (38), Rasid Ansari (30), Md. Israfil (20) and Mohd. Abrar Ansari (27) -- are natives of Jamui district of Bihar and run the bakery in Padam Nagar area. They were arrested on Sunday. The police said the accused admitted to killing Abhishek,  a resident of Delhi's Partap Nagar. They told the investigators that they had bought two stolen laptops from Abhishek for a sum of Rs 5,000 around one-and-a-half-years ago.

Investigation revealed that since then, Abhishek started blackmailing and extorting money from them on several occasions by threatening them with reporting to police about their purchase of stolen laptops, a senior police officer said. The victim managed to extort Rs 1 lakh from them. Abhishek was also involved in around 20 cases of theft, robbery and burglary, he said. Abhishek had visited the bakery on January 6 and demanded Rs 20,000 from them. They then planned to kill him to put an end to his blackmailing and extortion, he added.

According to their plan, they took him to an adjoining room and strangled him to death, the officer said. After killing him, they wrapped his body in a bedsheet, put it in a polythene bag and dumped it in Tikona Park Inderlok, police said. A case was registered under sections 302 (murder) and 201 (Causing disappearance of evidence of offence, or giving false information to screen offender) of the Indian Penal Code at Sarai Rohilla police station.

"We then formed multiple teams to solve the case," Deputy Commissioner of Police (North) Sagar Singh Khalsi said. "We checked all CCTV cameras installed in the vicinity to check the movements of the victim right from his house. However, his movements were not found in any of the CCTV cameras beyond Padam Nagar," he added.

"During investigation, it emerged that the victim was having some dispute with the accused persons. The police team reached the bakery as part of investigation and noticed that the bedsheets and polythene bags present in the bakery were resembling the bedsheet and polythene bag in which the victim's bodies were found wrapped," an investigator said. Police said there is no previous involvement in crime of any of the accused persons.