Accusing the Mamata Banerjee-led All India Trinamool Congress (AITC) of being communal and dividing people on the line of religion for votes, 5 primary members of the party resigned ahead of the 2022 assembly polls in Goa. 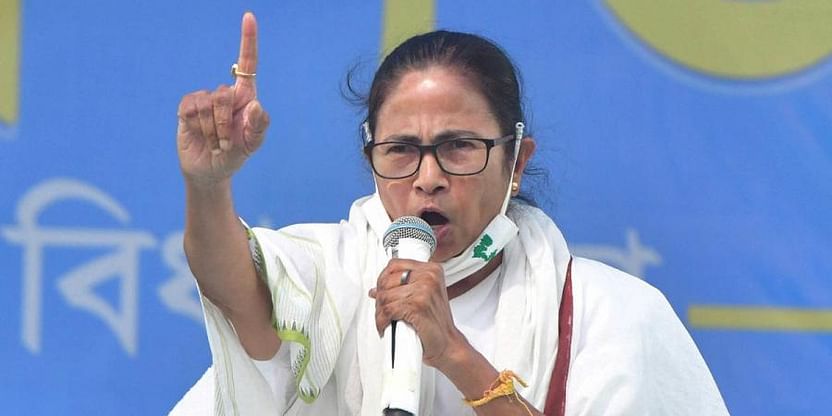 Right ahead of the Goa assembly polls scheduled in 2022, 5 primary members of the state's Trinamool Congress, including former legislator Lavoo Mamlatdar, resigned within three months of joining the All India Trinamool Congress.

The leaders have accused the Mamata Banerjee led All India Trinammol Congres (AITC) of being communal and thus dividing people on the line of religion for votes.

"We had joined the AITC with a hope that it would bring brighter days for Goa and Goans. But it is unfortunate to bring to the notice that AITC has not understood Goa and Goans," the leaders stated in their resignation letter addressing party supremo Mamata Banerjee.

The resignation letter signed by all the 5 leaders also added, "AITC move to polarise Hindu votes towards MGP and Catholic votes towards AITC is purely communal in nature. We do not want to continue with a party that is trying to divide Goans. We will not allow AITC and the company managing AITC Goa to break the secular fabric of the state and we shall protect it,".

Lavoo Mamlatdar, a former Maharashtrawadi Gomantak Party (MGP) MLA from Ponda, had joined the All India Trinamool Congress party in the last week of September. He was among the first few local leaders in the state to join the Trinamool Congress, which has decided to contest all 40 seats in the Goa Assembly polls.

"I was under the impression that TMC was not a communal party. But on December 5 alliance was declared between Maharashtrawadi Gomantak Party (MGP) and Trinamool Congress, I figured out that even TMC is communal," stated Mr Mamledar, who quit MGP to join Trinamool.

"TMC launched 'Laxmi Bhandar' scheme, promising Rs. 500 per month to West Bengal women. But in Goa, they promised Rs. 5,000 per month, which is next to impossible. When a party feels defeated, they make false promises. I won't be a part of a party who fools people," he said.

Following the event where former Goa Chief Minister Luizinho Faleiro was inducted into Trinamool Congress, the party has embarked on it's aggressive campaigning journey right ahead of the upcoming assembly polls.

Responding to the resignation of the five peimary members of the party, Luizinho Faleiro said, “TMC has a mission and vision and we will go according to our mission and vision to bring about a change, credible change in the state of Goa. Some passengers’ destination may have changed so they may get off but the bus will go ahead. The vision is clear.”

Earlier this month, party chief Mamata Banerjee campaigned for her party during a three-day visit to the coastal state.