5 Years Of Demonetisation: Did We Actually Need It to Formalise Indian Economy?

Even after five years of demonetisation that aimed to promote digital economy, Indians still love to deal in cash 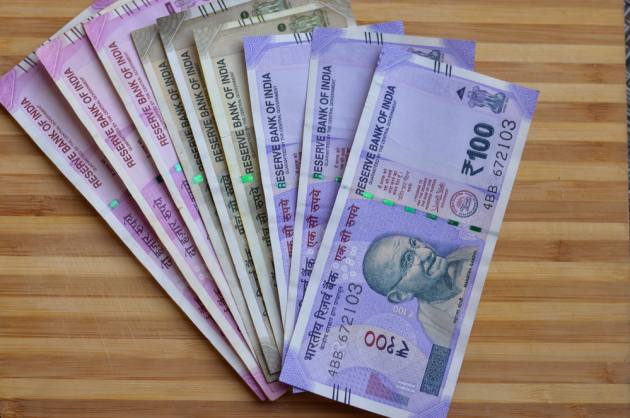 Very few policy decisions taken in India make the front-page headlines in the entire world. The decision of Prime Minister Narendra Modi to demonetise Indian currency, on November 8, 2016, was one of those announcements that left everyone speechless. From the World Bank to IMF, Opposition party leaders to notable economists, most people had extreme views on the decision that made currency notes that accounted for 86 per cent of total cash in circulation in India redundant.

How Has The Recovery Been Over These Years, And What Did India Achieve As A Result Of Demonetisation?

Data released by the RBI suggests that the value of the currency notes in circulation has gone up by 64 per cent, from Rs 17.74 lakh crore on November 4, 2016, to Rs 29.17 lakh crore on October 29, 2021. This means that Indians still love to deal in cash, and for all the pain that demonetisation inflicted on the Indian economy, there was nothing that can be talked about as an achievement.

In a recent interview with Outlook Business, Arun Kumar, Malcolm Adiseshiah Chair Professor at Institute of Social Sciences, pointed out the reason behind the failure of demonetisation to suck out cash from the Indian economy.

“That’s because it (demonetisation) was done on the premise that the entire black economy runs on cash. We need to distinguish between income and wealth. The amount of black money which is stored in the form of cash was just about 1 per cent. It’s a proven fact that nobody hoards black money in the form of cash. Demonetisation, instead, killed the economy, because it killed cash for everyone, and not necessarily for those who hold black income,” Kumar said.

While cash has made a comeback in the Indian economy, the same cannot be said about India's consumption story that had fueled the country’s growth in the first decade of this century.“Private or household consumption has been the bulwark of growth in the Indian economy,” says Dipti Deshpande, principal economist, CRISIL. “During the fiscal 2006-2017 period, private final consumption expenditure (PFCE) grew at a healthy pace of 7 per cent on an average. This story somewhat changed in fiscal 2018 when consumption growth started somewhat decelerating as income growth slowed (proxied by lower GDP growth). The average Indian, however, supported some part of his consumption by dipping into savings as well as taking on somewhat higher leverage,” she says.

Even as India's falling GDP numbers made headlines ever since demonetisation, there’s one thing that has managed to cover up for all the gloomy statistics on the Indian economy. The Indian stock market has been on fire for close to four years now, with every year registering a new high. The dichotomy between the real economy and the stock market has been the highlight of India's story as if the economist and fund managers are dealing in two different worlds.

Does The Indian Equity Market Have No Correlation With The Indian economy?

Shankar Sharma, founder of  First Global, explained the phenomenon in a recent interaction with Outlook Business. “The equity market is a collection of companies. Till the time the companies which are part of the Nifty perform well, the index will move up. The equity market is a function of companies, not the economy. Keep in mind that the IT sector is the second-biggest constituent of the index, with over 18 per cent weightage. Moreover, metals, pharma and automobiles derive a significant chunk of earnings abroad. Today a big chunk of Nifty earnings is coming from abroad and it is growing at a brisk pace. So, judging Indian equities using the prism of the domestic economy would give you a faulty picture.”

Who Bears The Brunt Of A Slowing Indian Economy, Then?
Smaller firms depend on domestic factors, points out Sharma. “Equity markets thrive and survive on earnings growth. So, the companies that are dependent on the domestic economy for earnings growth would bear the brunt of the sluggish Indian economy. This gets reflected in the underperformance of banks and financials in the past few years. But, with the normalisation of the provisioning cycle, banks too are participating in the current leg of the rally.”

Is There Any Positive To Look Upto?
According to a recent study conducted by state-owned SBI banks’ research department, the formalisation of the Indian economy has reached 80 per cent of the GDP as compared to just about 48 per cent in FY18.

“...there has been a positive development in the Indian economy amidst the pandemic. Owing to the various efforts of the government, there has been an increase in the formalisation of the economy. Based on specific examples, at least Rs 13 lakh crore has come under the formal economy through various channels over the last few years, including the recent scheme on the E-shram portal,” the SBI report said. India’s real GDP was estimated at Rs 135.13 lakh crore in 2020-21.

The report further builds its argument based on the 2011 census report that pegged the informal size of the trade, hotels, transport, communication & broadcasting at 40 per cent. The same census had estimated the informal sector in construction at around 34 per cent, public administration 16 per cent, and manufacturing at 20 per cent.

“However, the significant formalisation efforts of the Government have resulted in almost 100 per cent formalisation in finance, insurance, and to a large extent in real estate and agriculture. The formal financial sector has even expanded by 10 per cent post-pandemic, with the Government DBT transfers gaining traction. As expected, the utility services are also 100 per cent formalised and in fact, the formal size expanded by 1 per cent during the pandemic,” the SBI report argued.

What Would Be The Legacy Of Demonetisation?

Even if we accept that in the last five years, the formalisation of the Indian economy has increased from just about 50 per cent to 80 per cent, it would be wrong to assume that it could not have been achieved without demonetisation. To put things in perspective, a large part of the growth in digital payments, as pointed out in SBI research’s study, has been achieved during the pandemic. This was possible only due to the zero MDR fee on the digital payments in the country, introduced in 2019. If the government actually wanted to push people to use digital modes of payments over cash, it should have introduced the same policy in 2016 itself. It would have saved millions of people from standing in queues to withdraw their own cash and kept the Indian economy running. Bitter medicine does not always cure a disease.