Replying in the parliament on the behalf of Ministry of Home Affairs, Minister of State, Nityanand Rai said today that over 6 lakh people gave up their Indian citizenship in the last 5 years. Let's take a look at the statistics and reasons. 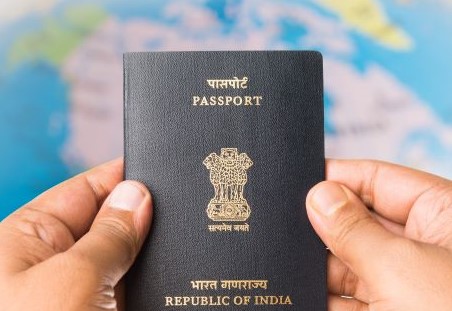 Over six lakh Indians have given up their citizenship in the past five years, Union Minister of State for Home Nityanand Rai informed the Lok Sabha in the winter session of the Indian Parliament. This data was supported the information available with the Ministry of External Affairs.

The Union MoS was responding to a question and submitted a written reply as well. According to the data, the following is the data of how many people gave up their citizenship each year since 2017. The data for 2021, this year, was only available till September 10.

According to the data, the highest number of people gave up their Indian citizenship in 2019, whereas the lowest did in 2020. The latter's low rate can be attributed to the Covid-19 pandemic. 2021 saw the steepest spike in Indians giving up their citizenship as worldwide travel and outdoor restrictions started to ease.

About 40% of the citizenship renunciation requests come from the United States, followed by Australia and Canada, which amount to a chunk of around 30% of such requests.

What are the rules around citizenship in India?

After Indians renounce their citizenship, it is necessary for them to apply for surrender or a renunciation certificate.

After that, their passports are stamped, saying "cancelled due to acquiring foreign nationality". It should be noted that Indian passports that carry only a "cancelled stamp" are not considered renounced of their Indian citizenship.

Why do Indians give up their citizenship?

The majority of the Indians do it because of the privileges they get using the passports of other countries.  India stands at the 84th number on the passport power rank according to the Henley's and Partners' passport index.  This index is the standard reference tool for global citizens and sovereign states when assessing where a passport ranks on the global mobility spectrum.

Comparing India's ranking with other countries - the rank of France is 4th, of Australia and Canada are the 7th and USA and the UK stand at 6th. At the top are Japan and Singapore on number 1 and Germany and South Korea on number 2.

The higher the passport index ranking, the better access they get to travel visa-free to other countries.  They are also exempted from bureaucratic delays in the immigration process which is beneficial for traders and businessmen.

But the Covid-19 effect had an interesting change to offer. People holding premium passports were also taking other countries' citizenship. Talking about countries other than India, where dual citizenship is permitted, Prof. Peter J. Spiro, a dual citizenship expert quoted to Henley and Partners, "Due to the Covid-19 spread, states locked down their borders. But almost all of them continued to allow entry by citizens (and in many cases permanent residents as well). So, dual citizenship now has value even to those holding premium passports. It’s emerged as a kind of insurance that has value regardless of one’s primary nationality. In the pandemic context, it also acted as a health insurance. The more citizenships one holds, the more diversified one’s insurance will be."

Senior BJP leader Subramanian Swamy tweeted and asked despite Modi government supporters claiming NRIs coming back to India, why have over 6 lakh of them left?

In Modi tenure as PM, ABs and GBs are claiming Indians all over the world want to come back to India for atmanirbhar. However official figure says 6 lakh Indians have given up Indian Citizenship. Why this ?

How many people have been granted Indian Citizenship?

When Member of Parliament from Ernakulam, Kerala, Hibi Eden asked the minister whether the government was considering implementing the Citizenship Amendment Act (CAA) and National Register of Citizens (NRC) and what was the progress made, if any, Rai did not mention any more developments than they were the last time.

Nityanand Rai said,” The Citizenship (Amendment) Act, 2019 (CAA) was notified on 12.12.2019 and has come into force w.e.f. 10.01.2020. The persons covered under the CAA may apply for citizenship after the rules are notified under the CAA. Till now, the Government has not taken any decision to prepare National Register of Indian Citizens (NRIC) at the national level.”