The World Health Organisation (WHO) on Monday warned that the global risk from the Omicron variant is “very high” based on the early evidence, saying the mutated coronavirus could lead to surges with “severe consequences". 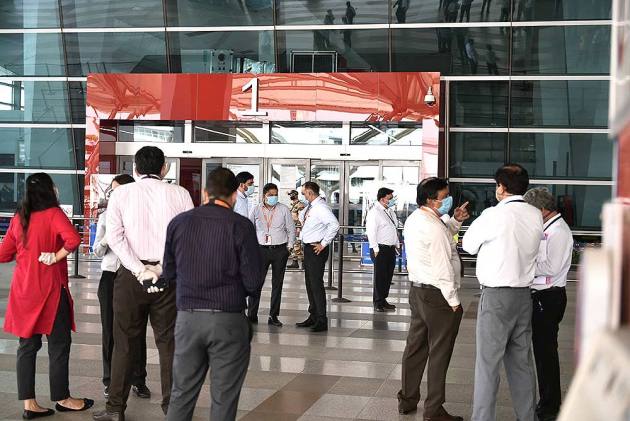 Since November 14, seven people arrived from South Africa in Maharashtra's Thane city adjoining Mumbai, and all of them were tested in the wake of concerns over the new potentially more transmissible 'Omicron' variant of the coronavirus, civic officials said on Tuesday.

Four of them tested negative for the coronavirus, while results of the remaining three were awaited, Manish Joshi, Deputy Municipal Commissioner in-charge of the Thane civic body's health department, told PTI.

Notably, a 32-year-old man who came to neighbouring Dombivli town in the district from South Africa on November 24 had tested positive for the coronavirus. He is currently kept in isolation at a civic facility of the Kalyan-Dombivli Municipal Corporation and his sample has been sent for genome sequencing.

The World Health Organisation (WHO) on Monday warned that the global risk from the Omicron variant is “very high” based on the early evidence, saying the mutated coronavirus could lead to surges with “severe consequences". The assessment from the UN health agency, contained in a technical paper issued to member states, amounted to WHO's strongest, most explicit warning yet about the new version that was first identified days ago by researchers in South Africa.

On Monday, Thane Municipal Commissioner Dr Vipin Sharma held an emergency meeting to take stock of the preparedness in the wake of the present situation. During the meeting, it was revealed that a total of seven people arrived into Thane city between November 14 and 26, Joshi said. They were tested for the coronavirus, he said, adding that the reports of four of them came out negative while results of the three others were awaited.

The civic chief directed various officials and department heads concerned, specially of the health services, to be prepared to face any situation in the city pertaining to the COVID-19 pandemic. He discussed with officials about the availability of beds, oxygen supply, ambulances and other medical facilities in the city.

On Monday, Thane district reported 110 new cases of coronavirus, raising its infection tally to 5,69,270, while the death toll remained unchanged at 11,581, as per official data.