This, an officials said, was one of the highest number of children that were rescued in one go from a train. 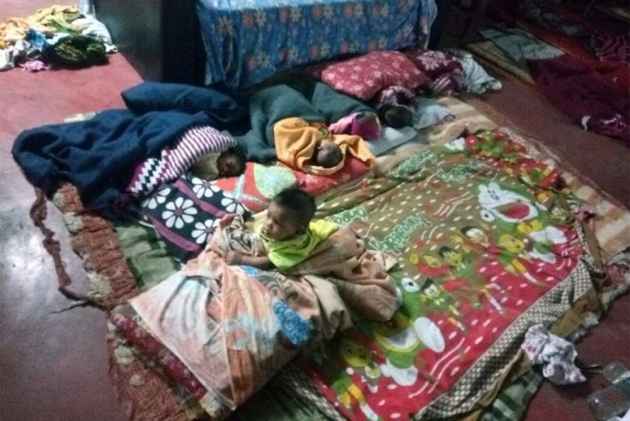 A group of 87 minor boys were rescued from suspected traffickers on board the Dhanbad-Allapuza Express in Bokaro on Thursday, less than ten days after 26 girls were recovered from a Mumbai-bound train.

This, an officials said, was one of the highest number of children that were rescued in one go from a train.

Six suspected traffickers,who were accompanying the minors, were detained by the local police in Bokaro, the officials said.

"There was a tip-off from both the state Intelligence Bureau (IB) as well as the Child Welfare Committee that some children were being trafficked and the suspected coaches were S3-S6.

"The Railway Protection Force, state police and the IB detained 93 people, 87 of whom were minor boys," a senior RPF official in Bokaro told PTI.

The children were all in the age group of nine to 17 years, officials said, adding that all were boys.

The group which boarded the train at Dhanbad was divided into around 17 PNRs each booked by an adult passengers aged between 19 and 27 years. Some were scheduled to deboard at Vijayawada and some at Coimbatore.

All the children were in the custody of the CWC.

Earlier, on July 5, 26 underage girls were rescued by the GRP and RPF on board the Muzzafarpur-Bandra Awadh Express after a tweet from a passenger alerted them to the situation.

These rescues came days after Chairman Railway Board Ashwani Lohani launched an awareness campaign for the protection of children.