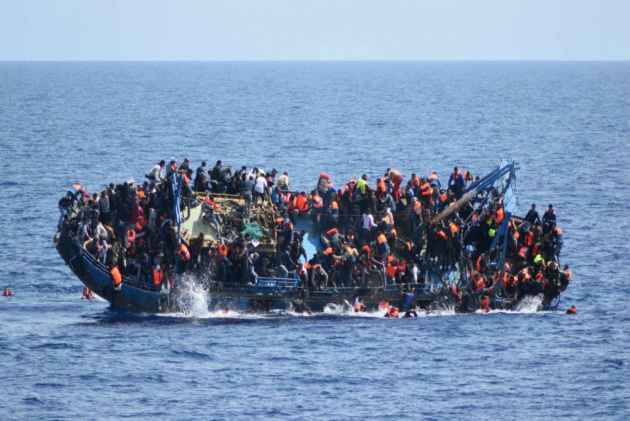 The UN's migration agency said its partner agencies are reporting that 90 people are feared drowned after a smuggler's boat carrying mostly Pakistani migrants has capsized off Libya's coast.

Eight were believed to be Pakistani, and two Libyans.

Headon, speaking by phone from Tunisia's capital to reporters at the UN in Geneva, said initial indications were that the boat became unbalanced.

She said Pakistani nationals have been taking an increasing share among the number of migrants attempting to cross the Mediterranean to Italy and Europe via Libya.

Police reinforcements are arriving in the French port city of Calais after clashes among migrants left 22 people injured, as the interior minister warned of a worrying spike in violence.

Interior Minister Gerard Collomb told reporters in Calais on Friday that five of the victims were injured by gunfire in Thursday's fighting, blaming "totally organized" gangs. Police are seeking a shooting suspect but have made no arrests.

Collomb said two extra police units were en route and warned of growing tensions in Calais, where migrants converge in hopes of crossing to Britain.

Authorities said that Afghan and Eritrean migrants had been fighting with sticks and stones after a meal distribution before the shots were fired. Firearms are rare among migrants.