As Modi government tries to press the reset button on the Naga Peace Talks, it will need a parallel multilateral negotiating track 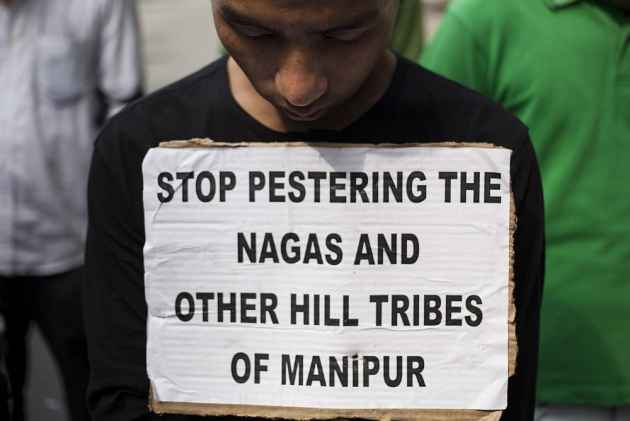 It has been abundantly evident for a while that the Naga peace talks need a course correction.

The numerous rounds of negotiations have not brought us close to a resolution. Yet the achievements to date are not insignificant.

The atmospherics have changed. We have come a long way since NSCN (I-M) leaders and the Indian government’s representatives were meeting in foreign cities like Amsterdam and Bangkok. Now they meet in New Delhi. Certain issues have been significantly reframed. The conflict appears more tractable and on key issues there is now space for bargaining.

The NSCN leaders no longer talk of absolute sovereignty. But within the framework of India’s territorial sovereignty finding common ground on the political status of a Naga homeland will still be a formidable challenge. However, the resolution of that issue now is more about symbols than substance. At least in principle, the bi-lateral framework of the negotiations can come up with an acceptable compromise.

But the negotiations have reached an impasse on another key issue: the reunification of the Naga territories—a bottom-line, non-negotiable demand of the NSCN (I-M).

Multiple developments in Northeastern states, notably in Manipur, have made abundantly clear that this is an explosive emotion-laden issue with multiple stakeholders. It is not a matter that could be settled by the central government mustering the political will to make a decision and impose it on unwilling states and communities.

The project of reunification of ethnic territories to conform to some imagined ancient reality is an impossible fantasy. Pre-colonial political formations in the region were not primarily territorial in structure. New historians rely on concepts such as overlapping and shared sovereignty to make sense of political life in pre-colonial Northeast India.

The region is not unique. The borders of African states—many of them are straight lines—are unmistakably colonial in origin. They are the product of the late 19th century "scramble for Africa" among European powers. International borders divide numerous ethnic groups, not unlike the Nagas. Yet African states declared in 1964 that, “the borders of African States, on the day of their independence, constitute a tangible reality" and pledged not to challenge them. Perhaps there is a lesson for Northeast India from this piece of African political wisdom.

There are important shifts in the Modi government’s approach to the Naga talks.

It has repeatedly asserted that the negotiations will be “time-bound.”

But most significantly, it has appointed a strident critic of the process, Ravindra Narayan Ravi as its interlocutor. Ravi considers the 1997 ceasefire with NSCN-IM to be a mistake. He has described the organization as “essentially a militia of the Tangkhul tribe of Manipur with little resonance with the broad Naga family.” The ceasefire, according to him, has perverted the process of “political reconciliation and social assimilation of the Nagas.” The talks, he has said, cannot resolve the Naga conflict so long as key stakeholders are excluded.

Mr Ravi has publicly expressed his suspicion of former Nagaland chief minister Neiphiu Rio’s closeness to Mr Muivah and of his tactical alliance with the BJP. Rio has since resigned as chief minister and was elected to the present Lok Sabha. There was speculation that he will be inducted into Modi’s Cabinet and that he will play at least an informal role in taking the Naga peace process forward, Rio has not made it to the Central Council of Ministers so far. Clearly the Modi government is following a different script.

A number of Naga organizations had opposed Ravi’s appointment. “Surely no Naga can accept an interlocutor with this demeaning attitude,” said one organization sympathetic to the NSCN (I-M). Ravi’s appointment, it says, shows that the government intends to “corner the Nagas into submission.”

It took some convincing by Nagaland’s popular governor P.B. Acharya, who has had a long association with the state as an RSS and BJP functionary, for Naga organizations to warm up to this appointment. That the NSCN-IM chose not to make an issue out it however, has more to do with political realism than anything else.

Following last month’s talks, Home ministry officials said that future talks would be more like “business meetings” without publicity and fanfare. The Naga leaders were apparently told that they could get in touch with Mr Ravi as needed, and that Mr Ravi will do the same. But the government also frankly laid out its “limitations,” as did the NSCN (I-M) leaders.

There is little doubt that the “limitations” relate to the demand for reunification of Naga territories.

The issues are difficult to resolve, for sure. But there is room for bargaining: the possibility of splitting the difference exists.

Consider the phrase “alternative arrangement” for governing Manipur’s Naga areas. The phrase has recently entered the vocabulary of Manipuri Naga activists. Chief Minister Okram Ibobi Singh says that he does not understand what it means. But ambiguity can sometimes be constructive. It can help advance negotiations on sensitive subjects. And an arrangement by which the Nagas of Manipur can be affiliated to a future Naga homeland—perhaps more in symbolic rather than substantive ways—is certainly one such issue.

However, if such issues are in principle resolvable, negotiations between NSCN (I-M) leaders and the central government alone cannot accomplish it. They need a parallel multilateral negotiating track.

There is little doubt that the Modi government is trying to press the reset button on the Naga talks. But a more radical course correction may be needed: establishing a parallel multilateral negotiating track, along with the bilateral track. However, to bring that about at this stage of the game will need a lot of persuasion that will be both difficult and time-consuming.