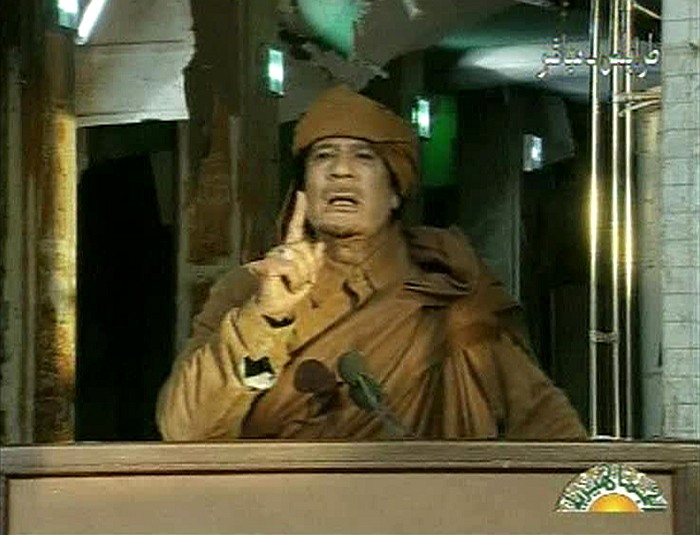 “WHY DON’T the masses stream to the square here, too, and throw Bibi out?” my taxi driver exclaimed when we were passing Rabin Square. The wide expanse was almost empty, with only a few mothers and their children enjoying the mild winter sun.

The masses will not stream to the square, and Binyamin Netanyahu can be thrown out only through the ballot box.

If this does not happen, Israelis can blame nobody but themselves.

If the Israeli Left is unable to bring together a serious political force, which can put Israel on the road to peace and social justice, it has only itself to blame.

We have no bloodthirsty dictator whom we can hold responsible. No crazy tyrant will order his air force to bomb us if we demand his ouster.

Once there was a story making the rounds: Ariel Sharon – then still a general in the army – assembles the officer corps and tells them: “Comrades, tonight we shall carry out a military coup!” All the assembled officers break out in thunderous laughter.

DEMOCRACY IS like air – one feels it only when it is not there. Only a person who is suffocating knows how essential it is.

The taxi driver who spoke so freely about kicking Netanyahu out did not fear that I might be an agent of the secret police, and that in the small hours of the morning there would be a knock on his door. I am writing whatever comes into my head and don’t walk around with bodyguards. And if we did decide to gather in the square, nobody would prevent us from doing so, and the police might even protect us.

(I am speaking, of course, about Israel within its sovereign borders. None of this applies to the occupied Palestinian territories.)

We live in a democracy, breathe democracy, without even being conscious of it. For us It feels natural, we take it for granted. That’s why people often give silly answers to public opinion pollsters, and these draw the dramatic conclusion that the majority of Israeli citizens despise democracy and are ready to give it up. Most of those asked have never lived under a regime in which a woman must fear that her husband will not come home from work because he made a joke about the Supreme Leader, or that her son might disappear because he drew some graffiti on the wall.

The Knesset members who were chosen in democratic elections spend their time in a game of who can draw up the most atrocious racist bill. They resemble children pulling off the wings of flies, without understanding what they are doing.

To all these I have one piece of advice: look at what is happening in Libya.

DURING THE whole week I spent every spare moment glued to Al Jazeera.

One word about the station: excellent.

It need not fear comparison with any broadcaster in the world, including the BBC and CNN. Not to mention our own stations, which serve a murky brew concocted from propaganda, information and entertainment.

Much has been said about the part played by the social networks, like Facebook and Twitter, in the revolutions that are now turning the Arab world upside down. But for sheer influence, Al Jazeera trumps them all. During the last decade, it has changed the Arab world beyond recognition. In the last few weeks, it has wrought miracles.

To see the events in Tunisia, Egypt, Libya and the other countries on Israeli, American or German TV is like kissing through a handkerchief. To see them on Al Jazeera is to feel the real thing.

All my adult life I have advocated involved journalism. I have tried to teach generations of journalists not to become reporting robots, but human beings with a conscience who see their mission in promoting the basic human values. Al Jazeera is doing just that. And how!

These last weeks, tens of millions of Arabs have depended on this station in order to find out what is happening in their own countries, indeed in their home towns – what is happening on Habib Bourguiba Boulevard in Tunis, in Tahrir Square in Cairo, in the streets of Benghazi and Tripoli.

I know that many Israelis will consider these words heretical, given Al Jazeera’s staunch support of the Palestinian cause. It is seen here as the arch-enemy, no less than Osama bin Laden or Mahmoud Ahmadinejad. But one simply must view its broadcasts, to have any hope of understanding what is happening in the Arab world, including the occupied Palestinian territories.

When Al Jazeera covers a war or a revolution in the Arab world, it covers it. Not for an hour or two, but for 24 hours around the clock. The pictures are engraved in one’s memory, the testimonies stir one’s emotions. The impact on Arab viewers is almost hypnotic.

MUAMMAR QADDAFI was shown on Al Jazeera as he really is – an unbalanced megalomaniac who has lost touch with reality. Not in short news clips, but for hours and hours of continuous broadcasts, in which the rambling speech he recently gave was shown again and again, with the addition of dozens of testimonies and opinions from Libyans of all sectors – from the air force officers who defected to Malta to ordinary citizens in bombed Tripoli.

At the beginning of his speech, Qaddafi (whose name is pronounced Qazzafi, whence the slogan “Ya Qazzafi, Ya Qazzabi” – Oh Qazzafi, Oh Liar) reminded me of Nicolae Ceausescu and his famous last speech from the balcony, which was interrupted by the masses. But as the speech went on, Qaddafi reminded me more and more of Adolf Hitler in his last days, when he pored over the map with his remaining generals, manoeuvring armies which had already ceased to exist and planning grandiose “operations”, with the Red Army already within a few hundred yards from his bunker.

If Qaddafi were not planning to slaughter his own people, it could have been grotesque or sad. But as it was, it was only monstrous.

While he was talking, the rebels were taking control of towns whose names are still engraved in the memories of Israelis of my generation. In World War II, these places were the arena of the British, German and Italian armies, which captured and lost them turn by turn. We followed the actions anxiously, because a British defeat would have brought the Wehrmacht to our country, with Adolf Eichmann in its wake. Names like Benghazi, Tobruk and Derna still resound in my ear – the more so because my brother fought there as a British commando, before being transferred to the Ethiopian campaign, where he lost his life.

BEFORE QADDAFI lost his mind completely, he voiced an idea that sounded crazy, but which should give us food for thought.

Under the influence of the victory of the non-violent masses in Egypt, and before the earthquake had reached him too, Qaddafi proposed putting the masses of Palestinian refugees on ships and sending them to the shores of Israel.

I would advise Binyamin Netanyahu to take this possibility very seriously. What will happen if masses of Palestinians learn from the experience of their brothers and sisters in half a dozen Arab countries and conclude that the “armed struggle” leads nowhere, and that they should adopt the tactics of non-violent mass action?

What will happen if hundreds of thousands of Palestinians march one day to the Separation Wall and pull it down? What if a quarter of a million Palestinian refugees in Lebanon gather on our Northern border? What if masses of people assemble in Manara Square in Ramallah and Town Hall Square in Nablus and confront the Israeli troops? All this before the cameras of Al Jazeera, accompanied by Facebook and Twitter, with the entire world looking on with bated breath?

Until now, the answer was simple: if necessary, we shall use live fire, helicopter gunships and tank cannon. No more nonsense.

But now the Palestinian youth, too, has seen that it is possible to face live fire, that Qaddafi’s fighter planes did not put an end to the uprising, that Pearl Square in Bahrain did not empty when the king’s soldiers opened fire. This lesson will not be forgotten.

Perhaps this will not happen tomorrow or the day after. But it most certainly will happen – unless we make peace while we still can.