Advertisement
Home Business
For The Record

'A Disclosure In Violation Of Tax Treaties Helps The Account Holder'

The Congress Party’s stand is understandable. It does not want evidence to be forthcoming in support of the names available with SIT. Are some others ill informed, just indulging in bravado or are they Trojan horses? 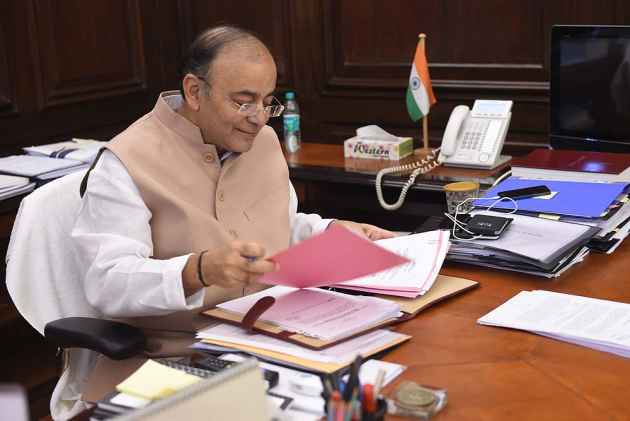 Confidentiality clauses and the battle for tracing black money outside India

The world is increasingly moving towards a more structured and organized struggle against illegal money parked in tax havens or even otherwise transacted at foreign soil. Originally the tax havens were completely non-cooperative. However, international pressure has compelled some of them to relax the rigidity against non-disclosure.

Almost all countries which entered into Double Taxation Avoidance Treaties or have a domestic legislation, as in the case of US, that has an extra-territorial application insist that information parted to the receiving state would be subjected to confidentiality clauses. The confidentiality clauses make it incumbent that disclosure would be made only after prosecution is filed before a charging court. Thus the issue is not whether but when disclosure can be made.

A disclosure in violation of tax treaties helps the account holder. The reciprocating state would treat this as a violation of a tax treaty and refuse to provide any evidence in support of the unauthorized account. The holder of the unauthorised account in the absence of any proof and confirmation from the reciprocating state would get the benefit in any investigation or prosecution and then claim that “I stand vindicated”. In fact, a pre-mature disclosure would additionally alert the account holder to prepare some documentation or a sham defence. It may even enable him to destroy evidence.

India has to take a conscious call. Does it want to be a part of the global coalition which is moving in the direction of automatic sharing of information or not? Does it ensure all information is supported by substantial evidence and proof or only wishes to remain restricted to sloganeering? In the recent meeting of about 50 countries in Berlin which proposed automatic sharing of information, India could not participate since a prevalent view is that confidentiality clauses are unconstitutional in Indian law. This view requires reconsideration. An automatic exchange of information would relate both to authorized and unauthorised movement of money. Why should any information with regard to authorized movement of money be made public? Why should information even in relation of unauthorized movement of money be made public only for political or collateral purposes? Why should the account holder be alerted in advance? It should be put to an authorized use with collection of evidence and filing of prosecution.

The United States has legislated the Foreign Account Tax Compliance Act, 2010 (FATCA). The FATCA contains a confidentiality clause. It makes it mandatory for foreign financial institutions (FFIs) to register with the appropriate authority and exchange information. The foreign financial institutions are required to enter into agreement with the US Internal Revenue Service. Alternatively foreign governments can sign agreements with US government. Mandatory exchange of information subject to confidentiality clause being necessary. FATCA mandates the deduction and withholding of tax equal to 30% on a US source payment to recalcitrant FIIs or FFIs in non compliant countries which do not meet with the requirements of FATCA. Such 30% withholding will also be imposed by other FATCA compliant countries against non compliant countries. The consequences of not signing the the agreement with US under FATCA would be disastrous. It will negate the efforts being undertaken by our government to revive the Indian economy.

The Reserve Bank of India has already informed the Government of India about the serious and adverse consequences of non-compliance of FATCA by India. Several countries have already subscribed to FATCA.

An unauthorised disclosure of information is fraught with both investigation and economic consequences. They can sabotage the investigation. They can attract sanctions in the form of withholding taxes. It is obvious that in a choice between unauthorised disclosure and disclosure as per treaties, the latter is both a fair and beneficial proposition. It will help in collection of evidence and exposure of a wrong doing in accordance with law and fair procedure. A disclosure without evidence would ensure that evidence is never available.

Notwithstanding its clarity, why should someone with adequate understanding of the subject, demand a disclosure in violation of the treaty? The Congress Party’s stand is understandable. It does not want evidence to be forthcoming in support of the names available with SIT. Are some others ill informed, just indulging in bravado or are they Trojan horses? I am sure the SIT, which has been entrusted by the Supreme Court with the investigation, will succeed in bringing out the truth while realising the full implications of the subject matter.

The NDA government has had an exemplary record in this matter. The first decision of its Cabinet Meeting was to accept the Supreme Court direction in constituting the SIT. It has complied with every decision of the SIT. It made available all the names in its possession to the SIT on 27th June, 2014 itself. It will continue to support the SIT fully and unequivocally in search of truth.