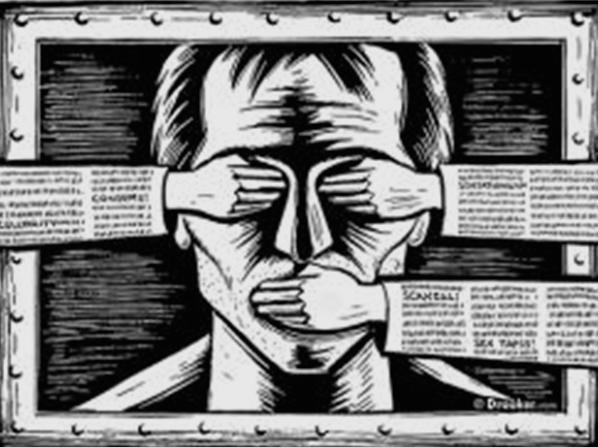 The current episode concerning Wendy Doniger’s books is throwing into sharp relief some very disturbing developments in the study of India. On one side, zealots shout ‘offence’ at every sentence they dislike and publishers withdraw books as though they are expired candy bars. On the other side, self-declared progressive intellectuals throw about epithets like ‘Hindutva apologist’ and ‘Hindu fascist’ to anyone who dares challenge the currently dominant story about Hinduism and the caste system. On both sides, vicious personal attacks are replacing reasonable intellectual debate.

In this context, let me make a few general points in response to the criticism of my earlier piece. The story of my Hindu boy generated many kinds of reactions and emotions. My reflections resonated with many but also repelled some.

How representative is this Hindu? This question has been raised as though it is a devastating criticism. Well, I told a story about the life of a man and his daughter. Stories do not represent the world or any part of it; they are neither true nor false representations; they are stories. The attempt of this particular story was to give rise to reflection on a set of experiences often ignored, trivialized, or even denied in the academic study of India.

Could a young Indian woman studying at an American university face the problem of being branded ‘Hindutva’? This has nothing to do with issues of' scholarly identity’ or ‘ethnicity’, for such formulae are inspired by the identity politics so typical of the US and irrelevant to the rest of the world. Relevant is the following: my description of this young woman’s experience resonates with the experience of many Hindus in America. Like stories, experiences can be neither true nor false. Therefore, it does not make sense to question how ‘representative’ or ‘true’ they are. Perhaps the experience corresponds to real events in the world; perhaps it doesn’t; perhaps it is half real and half imagined. That is not the issue.

The issue is whether intellectuals are able to recognize and address an experience that is widely shared among Hindus. Currently, they are not. In the US, this is leading to frustration and anger in many NRI communities. In India, it is generating aversion towards the so-called ‘pseudo-seculars’. Many Hindus have the sense that their experience is ignored, distorted, and ridiculed. When you consistently deny the experience of a group of people (or even only make them feel as though you are doing so), tension keeps building up. Until things finally explode. That is what we see happening today.

Since intellectuals have failed to reflect on this predicament, some Hindus are now taking recourse to non-intellectual means: invective, insult, distortion, ad hominem attacks, acts of aggression, courts of law... These developments are both tragic and harmful. They are heading in increasingly disquieting directions today. That is why we, students of Indian culture, more than ever need to begin to think very seriously about the relevant set of experiences instead of dismissing them.

The major obstacle here is what I called ‘the theoretical poverty of the study of Hinduism’. Why do I speak of theoretical poverty? Consider some counter-questions: What makes the Hindu traditions into religion, that is, into manifestations of the same kind of phenomenon as Christianity, Islam, and Judaism? How does one test the presence of religion in some culture or society without presupposing it? Does it make sense to say that purohits are priests, puja is worship, that devas are gods, or that Manusmriti is sacred law? Is the Hindu-Muslim conflict in India a religious conflict or not? Which criteria allow one to distinguish between a conflict that is religious and one that is not?

These and many similar questions remain unanswered in the academic study of Hinduism. They are consistently misunderstood as questions of defining ‘words’, as though the presence of religion in some culture depends on how we decide to define the word ‘religion’. (If it really did, we could just define ‘religion’ as ‘that which is present in all cultures’ and the problem would go away. But it hasn’t.)

Does the problem revolve around the unity or disunity of Hinduism or issues like who has been responsible for ‘unifying Hinduism’? Not in the least. Hindu traditions may certainly have known a particular kind of unity for quite some time, and Indian thinkers must have played a role in creating this, but the question remains what kind of unity this is: Does it show that Hinduism has existed as a religion in India, either today or yesterday?

All of this points to fundamental flaws at the heart of a field of study. Scholars have been studying Hindu religion for centuries now. If it turns out that this entity is imaginary, the resulting tomes are about as useful as detailed studies of the unicorn and the leprechaun. Of course, this does not mean that Hindu traditions and practices are imaginary. It means that they have been thoroughly and fundamentally misunderstood precisely because they are conceptualized in terms of religion.

English terms like ‘religion’, ‘priest’, ‘god’, and ‘worship’ are more complex than words like ‘rain’, ‘sunshine’, or ‘darkness’. They are theoretical terms embedded in a specific way of understanding the world. That is, there is conceptual framework where such terms had a clear meaning and reference: generic Christian theology. And this is where the rub lies: once you draw on concepts inherited from centuries of Christian thinking in order to make sense of a culture, you inevitably end up with standard implications of this framework. In the case of India, the central implication is that an implicit notion of ‘false religion’ continues to structure the dominant understanding of the Hindu traditions as' Hinduism’ and ‘the caste system’. If that is the case, even scholars who ‘genuinely love Indian culture’ will end up producing deeply problematic descriptions, albeit in unconscious and unwanted ways.

The fact that all these issues remain unaddressed reflects the remarkable theoretical poverty of the academic study of Hinduism. Pointing this out is not to justify banning books. It is not to give an apologia pro zealotry. It is not to malign any one author or even generations of authors. It is simply to scrutinize the paradigm these authors rely on, which is facing a plethora of conceptual problems and empirical anomalies. You can only hide so many skeletons in a closet; one fine day the closet will be unlocked and the skeletons will come marching out. In the study of Indian culture that day has come.

Dr Jakob De Roover is a researcher at the India Platform, Ghent University, Belgium. His research concerns the cultural differences between Europe and India, particularly in the domain of politics and questions of secularism and tolerance