It is largely the recent crop of animated outings from Disney that have decidedly raised the bar for women in fairytale cinematic ventures. 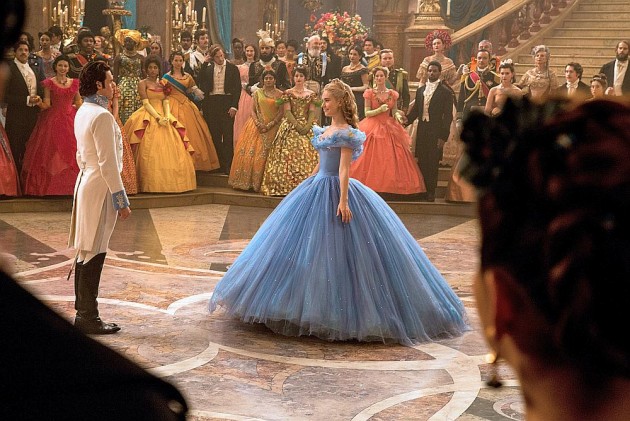 "Be kind and have courage" seems to be the message underlying Disney's latest release Cinderella. The movie is a live-action remake of the 1950 animated classic based on the age-old fairytale. We all know the story. A kind, gentle and beautiful girl treated like a servant in her home by her evil step-family. A valiant prince who instantly falls head over heels in love with her. Magic, a fairy godmother and some helpful mice contribute towards getting our heroine the happy ending she seemingly deserves. Everyone works hard to secure a happy ending. Well, everyone that is, except for our heroine!

In a day and age where women are constantly fighting battles against oppression, domestic violence, patriarchy and sexism, did we really need a lesson on quietly being kind and having courage? A twist in the tale was sorely needed somewhere somehow but the makers gave it a miss. Perhaps this is a tad too harsh — the movie is meant to be, and is, feel-good and visually stunning. Even so, one can't help but feel dismayed at scenes where the protagonist simply chooses to put up with all the abuse instead of speaking out or doing anything at all to improve her situation.

Several popular fairytales follow a similar typical pattern, one where the female protagonist simply lies low and waits until one day, a prince charming comes to her rescue. Animated classics made several decades ago — Snow White and the Seven Dwarves (1937), Cinderella (1950), and Sleeping Beauty (1959) — by and large follow the trend. While these have endured as classics over the years, a remake can no longer be a scene-by-scene retelling of a film made half a century ago — shouldn't cinema, after all, move with the times?

There have been experiments and attempts to 'update' fairytales in the recent past. The Angelina Jolie-starrer Maleficent (2014), a story with a fresh take on the evil witch from Sleeping Beauty, comes to mind. In the story, the witch Maleficent is shown to have suffered a tragedy of her own and later comes to care for Princess Aurora, so much so that the true love's kiss that wakes Aurora from her slumber is not from the young charming prince but from Maleficent herself! Another experiment was Snow White and the Huntsman (2012) which attempted a feminist twist with a 'warrior princess' but was let down by dull performances and remained rather forgettable.

It is largely the recent crop of animated outings from Disney that have decidedly raised the bar for women in fairytale cinematic ventures. Movies like Tangled (an updated version of Rapunzel released in 2010) and The Princess and the Frog (2009) upped the ante with interesting heroines and stories somewhat in tune with the times. The best of them all, Frozen (2013) gave us refreshing, positive female characters — princesses that did the saving bit themselves but were not evil queens or wicked stepmothers nor were they dull and lacklustre (Snow White and the Huntsman, I'm looking at you!).

From Frozen to Cinderella does seem like a regression of sorts. One can only hope that the next set of movies in the fairytale genre has something more to offer — more exciting than a docile heroine and a breathtaking ball gown!

Sreenidhi Srinivasan is a lawyer, writer and film enthusiast based in Delhi.