A hero who cries, not just by the inability to act, but by the pressure of expectations to rise up to the situation, is a rare substance in a popular movie. 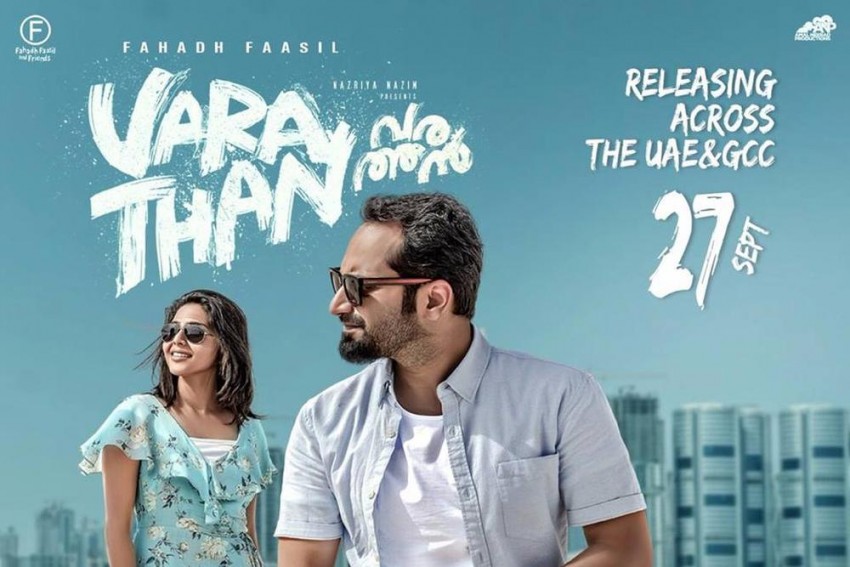 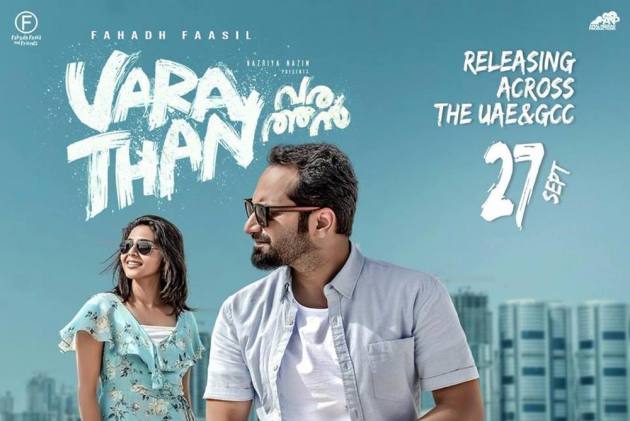 We have been discussing masculinities for a while: from the virulent nationalist political masculinity to the toxic misogynist men of popular culture, contemporary debates entrench within them aspirations of being the right kind of male. The current moment of activism around film industry is as much about this inflated male, as it is about women speaking out.  In this context, Amal Neerad’s Malayalam movie, released last week, Varathan (outsider), is a rightly timed one. It is about various dichotomies that we deal unknowingly within ourselves. It is also about shattering the myths of these expectations.

The movie opens with a shift from Dubai, the commercial capital of the new-world, after the failure of the hero, Aby (Fahadh Faasil), in impressing his interviewers. Subsequently he is assured by his IT professional wife, Priya ( AishwaryaLakshmy), to take his time in being successful, experimenting a little. Taking time is an interesting concept in the movie, because the entire spatial dislocation is woven around the framework of this temporality. The usual myth of the city being fast and furious and the village being slow and peaceful is woven, debated and finally mercilessly chopped off within this temporal imagination.

In the due course, the plot shifts to the village in a huge leap from the hustle and buzzle of Dubai to a hill station in Kerala. The encounter is between the city and the village, the modern and the feudal and finally masculinity and the so-called effeminate.

What is interesting is in all these conflicts is that nostalgia is not a vantage point, as it has been brushed off mercilessly by a hero, who hardly knows how to pronounce the word, gruhaathurathvam (nostalgia in Malayalam) The movie plays around the idea of inside and the outside quite a bit. Right from the title, Varathan, a derogatory term that speaks of the outsiders in Kerala, the movie throws open important questions related to this fencing. (connect with Kerala’s intolerance to immigrant communities.) At the same time, the movie experiments with the idea of the private and the public quite a bit and resolves it to the modern notion of private lives of individuals. Trespassing is a culture in Kerala, where people assume a right to speak about, judge, interfere and constantly engage with other people’s lives. This social world thus is a world of male fantasies all the time imagining transgressive escapades with women, at the same time living under the constant demand of a regulating public gaze. Therefore, the double standard is between the constant gaze towards the private lives of others and the tight borders we keep to fence the outsider “out.”

The village/city dichotomy with which the popular cinema had worked so far, is ruthlessly torn to pieces for a vilified version of the countryside. If Amal Neerad’s action heroes used guns and swords in the past, here the chopping is more of a breaking down of the symbolic order Malayalam cinema has so far circled around. The rest of the story- line is about how a woman is systematically victimized and then assaulted in the beautiful landscape of a pristine, unviolated space. But there is more to read. It is quite a tradition to attribute masculinity and femininity to cities and villages in popular representations. City is often the masculine space, so full of movement, development, competence, modernity and moreover a space for the hero to assert his masculinity. The village, however feudal it is, is also a space of tradition, feudal values, lethargy, and often inability (the typical feudal heroes of anti-reservation movies, getting lost in the city is a part of our cinema-imagination.)

This feminine / masculine version of spaces is shattered when the dislocation happens from the city to the village, as in the village we do not see many women. It is a male world, mostly circling around repressed sexuality and voyeurism. There is a conscious (?) absence of women in this space, and the only women who are available, are objects of the masculine assertions. The critique has a larger framework, when we think of Kerala mostly as a suburban locality, that does not have much to do with large cityscapes. Cities of Kerala thus are more or less suburban villages.

It is here, the question of sexuality becomes a statement that can be connected to the concerns raised by feminists and feminists in Malayalam cinema of late. We have the depiction of a woman who is abducted, violated inside a running vehicle, and is portrayed as coming back to fight with vigour and courage. This is not a serendipity in the plot. Hats off to Amal Neerad and his team for this brilliant representation!! The violence is not visually shown, but is again brilliantly portrayed by the leading female  actor Aishwarya Lakshmy. The trauma is in her expressions, and in the controlled script, where she utters the violence she felt inside the moving vehicle and in her vehement desperation of washing her body parts after getting home. The representation of sexual assault or rape is quite a change from the cliche as the director shows a way of representing rape taking away the risk of creating a sexual spectacle.

Denunciation of voyeurism is not new to Amal Neerad. His film, Kullante Bharya, part of the anthology AnchuSundarikal, centres around voyeurism. So does IyyobintePusthakam, where voyeurism and its follies are dealt with. The camera that follows the heroine like a voyeur is brilliantly done, juxtaposing the horror and thriller elements with lights, shades and jump scares, portraying the uneasiness of a woman constantly being treated as an object of this look. Most often the camera is behind the action, following the characters, especially when it comes to the heroine. We get a glimpse of this, from the moment they land in Kerala in the cab, where the driver turns the mirror to see Aishwarya. This strikes a chord in any woman who has travelled in Kerala in an auto or a cab, to be an object to this ‘pleasure of looking.’ The scarecrow that is turned towards the house is an experience of living a woman’s life in Kerala.

A hero who cries, not just by the inability to act, but by the pressure of expectations to rise up to the situation, is a rare substance in a popular movie. The tears do not come from his victimhood, but are products of centuries long expectations we place on men and masculinity. The conflicts within the central characters, reflect the tension between the myth and the reality, between conforming and being different. The heroine who constantly reminds her husband that he can take his time to be successful and earn, is torn between popular expectations and her personality. That discomfort comes out when she faces her mother’s jibes about her jobless husband. At the same time the final blurting out on the image of the lost father underlines this dichotomy. There is always that father (and even the grandfather) who is present in the house, as the symbol of the protective masculine patriarch whom she invokes at a crucial moment through the statement “had my father been here, I would not have ended up this way.” The pressure to give in to this patriarchal order is thus the constant conflict in the movie. The tension between the aspired and the actual in the movie is this conflict.

What is interesting in the plot is that the resolution is not about how her husband termed as effeminate by many grows to become the so-called masculine. I have seen many reviews to that effect, where the movie is read as yielding to the popular demands of masculinity. I would still like to take the movie challenging the conventional formats of masculinity, as the final scene of crushing the cockroach by the hero need not be the idea of the coming of age of the masculine ideal. The movie leaves it open, the hero is still jobless, he is still the one who makes tea. But there is a gate that says, ‘trespassers will be shot,’with the picture of a man and a woman who intend to live together for hundred years. It is a relief to see the new directors like Rajiv Ravi, Ashiq Abu, Dileesh Pothan and many other younger-ones moving away from the myth of larger than life heroes. There is a possibility of Malayalam popular culture being cured of toxic masculinities.