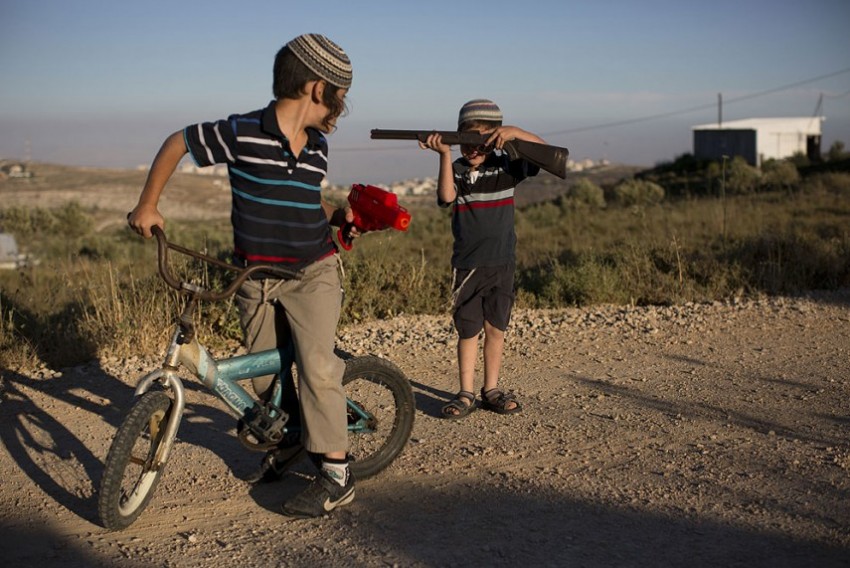 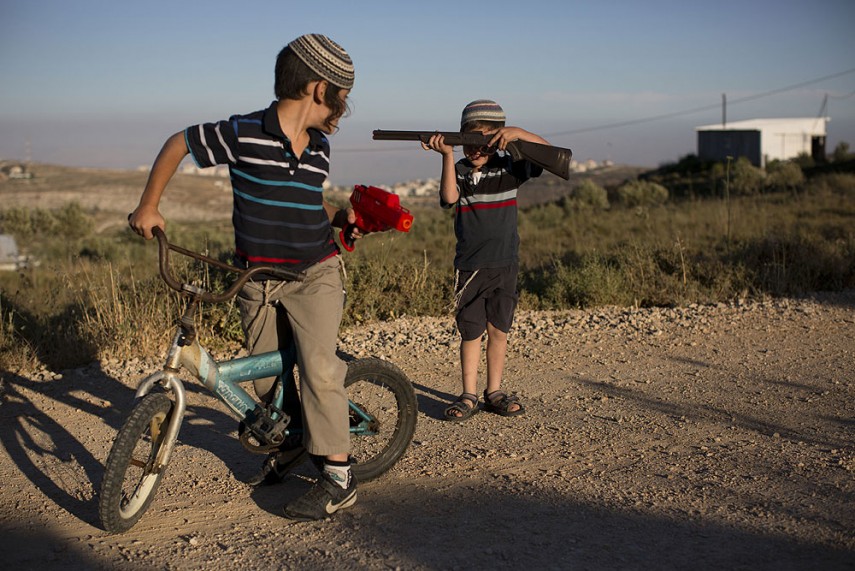 The service is by definition a central pillar of the Israeli occupation. It is admired by (Jewish) Israelis, feared by Palestinians, respected by security professionals everywhere. The occupation could not exist without it.

And here is the paradox: once the chiefs of the service leave their jobs, they become spokesmen for peace. How come?

Actually, there is a logical explanation. Shin Bet agents are the only part of the establishment which comes into real, direct, daily contact with the Palestinian reality. They interrogate Palestinian suspects, torture them, try to turn them into informers. They collect information, penetrate the most remote parts of Palestinian society. They know more about the Palestinians than anybody else in Israel (and perhaps in Palestine, too).

The intelligent among them (intelligence officers can indeed be intelligent, and often are) also think about what they become aware of. They come to conclusions that evade many politicians: that we are faced with a Palestinian nation, that this nation will not disappear, that the Palestinians want a state of their own, that the only solution to the conflict is a Palestinian state next to Israel.

And so we see a strange phenomenon: upon leaving the service, the Shin Bet chiefs, one after another, become outspoken advocates of the "two-state solution".

The same is happening to the chiefs of the Mossad, Israel's external intelligence service.

Their main job its to fight against the Arabs in general, and the Palestinians in particular. Yet the moment they leave the service, they become advocates of the two-state solution, in direct contradiction to the policy of the Prime Minister and his government.

ALL PERSONNEL of the two secret services are, well — secret. All except the chiefs.

(This is my achievement. When I was a member of the Knesset, I submitted a bill which stipulated that the name of the service chiefs be made public. The bill was rejected, of course, like all my proposals, but soon after the Prime Minister decreed that the names of the chiefs be indeed made public.)

Some time ago, Israeli TV showed a documentary called The Doorkeepers, in which all the living ex-chiefs of the Shin-Bet and the Mossad were asked about the solutions to the conflict.

All of them, with different levels of intensity, advocated peace based on the "two-state solution". They expressed their opinion that there will be no peace unless the Palestinians achieve a national state of their own.

At the time, Tamir Pardo was the chief of the Mossad and could not express opinions. But since early 2016, he is again a private person. This week he opened his mouth in public for the first time.

As his name suggests, Pardo is a Sephardic Jew, born 63 years ago in Jerusalem. His family came from Turkey, where many Jews found refuge after the expulsion from Spain 525 years ago. So he does not belong to the "Ashkenazi elite" which is so detested by the "Oriental" part of Jewish-Israeli society.

Pardo's main point was a warning: Israel is approaching a situation of civil war. We are not yet there, he said, but getting there rapidly.

This, according to him, is now the main threat facing Israel. Indeed, he asserted that this is the only menace left. This statement means that the recent chief of the Mossad sees no military threat to Israel — neither from Iran nor Daesh nor anybody else. This is a direct challenge to the main plank of Netanyahu's policy: that Israel is surrounded by dangerous enemies and deadly threats.

But Pardo sees a menace that is far more dangerous: the split inside Israel's Jewish society. We don't have a civil ear — yet. But "we are rapidly approaching it".

CIVIL WAR between whom? The usual answer is: between "Right" and "Left".

As I have remarked before, Right and Left in Israel do not mean the same as in the rest of the world. In England, France and the US, the division between left and right concerns social and economic matters.

In Israel, we also have a lot of socio-economic problems, of course. But the division between "left' and "right" in Israel almost solely concerns peace and the occupation. If one wants an end of the occupation and peace with the Palestinians, one is a "leftist". If one wants the annexation of the occupied territories and the enlargement of the settlements, one is a "rightist".

But I suspect that Pardo means a much deeper rift, without saying so explicitly: the rift between European ("Ashkenazim") and "Oriental" ("Mizrahim") Jews. The "Sephardic" ("Spanish") community, to which Pardo belongs, is seen as part of the Orientals.

What makes this rift so potentially dangerous, and explains Pardo's dire warning, is the fact that the overwhelming majority of the Orientals are "rightist", nationalist and at least mildly religious, while the majority of the Ashkenazim are "leftist", more peace-oriented and secular. Since the Ashkenazim are also in general socially and economically better situated than the Orientals, the rift is profound.

At the time Pardo was born (1953), those of us who were already aware of the beginning rift comforted themselves with the belief that it was a passing phase. Such a rift is understandable after a mass immigration, but the "melting pot" will do its job, intermarriage will help and after a generation or two the whole thing will disappear, never to be seen again.

Well, it did not happen. Quite the contrary, the rift is deepening swiftly. Signs of mutual hatred are becoming more obvious. Public discourse is full of them. Politicians, especially rightist ones, base their careers on sectarian incitement, led by the greatest inciter of all, Netanyahu.

Intermarriage does not help. What happens is that the sons and daughters of mixed couples generally choose one of the two sides — and become extremists on that side.

An almost comic symptom is that the Right, which has been in power (with brief interruptions) since 1977, is still behaving like an oppressed minority, blaming the "old elites" for all their ills. This is not entirely ridiculous because the "old elites" are still preponderant in the economy, the media, the courts and the arts.

The mutual antagonism is growing. Pardo himself provides an alarming example: his warning did not arouse any storm. It passed almost unnoticed: a short item on TV news, a short mention in the inner pages of the printed press, and that's that. No use getting excited, is there?

ONE SYMPTOM that may have frightened Pardo is that the one unifying force for the Jews in the country — the army — is falling victim to the rift, too.

The Israeli army was born long before Israel itself in the pre-independence underground, which was based on the socialist, Ashkenazi kibbutzim. Traces of that past are still noticeable in the upper echelons. The generals are mostly Ashkenazim.

This may explain the strange fact that 43 years after the last real war (the Yom Kippur war, 1973), and 49 years after the army becoming mainly a colonial police force, the army command is still more moderate than the political establishment.

But from below there is growing another army — an army many of whose lower officers wear a kippah, an army whose new recruits grew up in homes like Elor Azariya's and were educated in the nationalist Israeli school system that produced Azariya.

The military trial of Azariya continues to tear Israel apart, several months after it started and months before it will end in a verdict. Azariya, it will be remembered, is the sergeant who shot dead a severely wounded Arab attacker, who was already lying helplessly on the ground.

Day after day, this affair excites the country. The army command is menaced by what already comes close to a general mutiny. The new defense minister, the settler Avigdor Lieberman, quite openly supports the soldier against his Chief of Staff, while Binyamin Netanyahu, a political coward as usual, supports both sides.

This trial has long ago ceased to concern a moral or disciplinary issue, and has become a part of the deep fissure rending Israeli society. The picture of the childish-looking killer, with his mother sitting behind him in court and stroking his head, has become the symbol of the threatening civil war Pardo speaks about.

A LOT of Israelis have begun to talk of "two Jewish societies" in Israel, some even talk about "two Jewish peoples" within the Israeli Jewish nation.

What holds them together?

The conflict, of course. The occupation. The perpetual state of war.

Yitzhak Frankenthal, a bereaved parent and a pillar of the Israeli peace forces, has come up with an illuminating formula: it is not that the Israeli-Arab conflict has been forced on Israel. Rather, it's the other way around: Israel keeps up the conflict, because it needs the conflict for its very existence.

This could explain the endless occupation. It fits well into Pardo's theory of the approaching civil war. Only the sense of unity created by the conflict can prevent one.

The conflict — or peace.