A Journey To The Other Punjab

If only the Kashmir imbroglio would end, India, Pakistan, as well as the two Punjabs would see tremendous growth benefiting everyone. 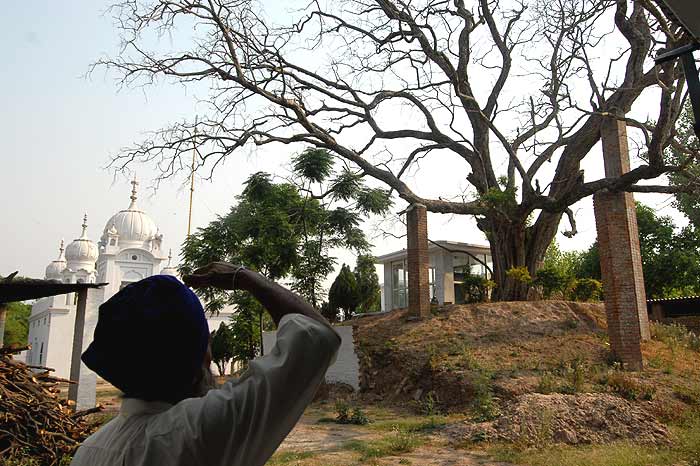 On 18th August, 2014, the University of Agriculture Faisalabad, Pakistan decided to confer on me an Honorary Doctorate for my work in Agriculture and Rural Development, in my Punjab, as Secretary, Agriculture India, as head of a huge programme of agricultural and rural development in Sokoto, Nigeria, and for my work and writings on our Punjab's Green Revolution. I could not go for the convocation and agreed to attend the 22nd Convocation of the University, on the 26th of March, 2015.

My wife and I, accompanied by Dr. Kaveri Gill crossed Wagah on the 24th of March. We went over only a few days after the Samba shootings on two separate days. I found little activity at the Attari integrated check post. There were only 200 trucks, mostly carrying vegetables. I found a similar number carrying cement and gypsum on the other side. The trade across the border is somnolent. Inside the elaborate new custom facility, I found many staff of every kind, and almost no passengers. I was told that at best about a hundred and fifty go across, and a similar number come over in a day. While we built a broad highway to the border, there is little economic activity on it, due to a half dead border crossing. On the other side too, Dograi remains the same, little rambling village, I saw after our unfortunate fight in 1965. Lahore has not expanded towards the border. The vast border check staff on both sides is a bored lot, yawning the whole day, and dying to have a passenger come by. Even the policemen, who stomp about at the evening's fake hostility, lounge about the whole day. Somehow, all the dialogues, high and low, front end and back channel, are invariably shadow boxing, bereft of any progress, towards good normal neighbourly relations.

In Lahore, we stayed at the British era Lahore Gymkhana. Funny enough, as a member of the Viceroy's Delhi Gymkhana, I can check in and stay there, as our mutual rights remain intact, never mind historical changes! The fact is, as I once said in Parliament, it was not the partition of India really, it was the Partition of the Punjab, total and brutal, and of Bengal. Even today, in states distant from Punjab, in the south or the east, people have little idea or interest, in the horrors of August, 1947 in the Punjab. We on the other hand continue to live that story. God forbid, if there is ever another fight, we in the Punjab will pay heavily.

The tensions that further developed in 1948, in Jammu and Kashmir, and continue today, have further impacted the Punjab, adversely. Numerous wars big and small, ensure that the Punjab remains in a frozen land locked corner. Industry was never encouraged in the Punjab, the border being the excuse, and now has logically moved away southwards closer to the ports and transport. Any Punjab products are taken in a circuit to Mumbai — Dubai and onto Pakistan at a higher profitable earning. The Punjab is bereft of any economic activity. The adverse result is known to all. If only the Kashmir imbroglio would end, India, Pakistan, as well as the two Punjabs would see tremendous growth benefiting everyone. Till then, our punishment continues.

In Lahore, I always visit the Lahore University of Management Sciences. It is an outstanding school, set up by Syed Baabar Ali, who was a class fellow and friend of Harcharan Singh Brar, the former Punjab Chief Minister. The students, boys and girls and staff, quizzed me on every possible curiosity. I have never hesitated to answer. I had tea in the canteen, not in the Vice Chancellor's office, as I wanted to see how the students mix. I felt as if I was in JNU, with no gender oppression. In the evening, I saw the same, in the quadrangle with groups in easy, comfortable discussion.

The next day we travelled to Faisalabad, the Lyallpur of the British. It was the richest canal colony, heavily pioneered by Sikhs, and with a new well laid out district city, complete with a clock tower. At the end of March, I saw miles and miles of rich wheat fields. Our people lost them, and got little land of an inferior quality in the East, while those who went west became "land rich". I heard stories of people from Jallandhar, bastis, who had little land, grabbing hundreds of acres there. That is life. They are going to have a bumper harvest in the West, but unlike in the East, there is no minimum support price, nor any compulsory procurement. The Government will buy some grain, very likely that too from the Vadheras.

The tenants and the small farmers mostly live in mud villages, which have disappeared in the East. The big owners all live in Lahore, and spend the summers in London. I noticed that all these small farmers kept a large number of buffalos for milk. I was told that this milk is sold to Lahore, not through organised milk cooperatives, or privately owned milk units, but sadly, by milk vendors carrying brass milk pots on heavily laden motorcycles. I have a dream of visiting Jhang and the graves of Heer and Ranjha. Sadly, today's Ranjhas are reduced to selling milk on over-laden motorcycles. This is no way of encouraging a worthwhile milk production industry for the benefit of the farmers. The Amuls and Punjab Milk Federations Verka butters are unknown there.

The Agriculture University of Faisalabad, was started, as a small B.Sc. college in 1905 by Lord Curzon. Many of our stalwarts are from there, and the Punjab Agriculture University, Ludhiana was set up by the migratory staff of 1947. Today, Faisalabad is a comprehensive university, teaching all subjects, with an impressive campus on 500 acres, and with 20,000 students. What really struck me was the fact that 10,000 of these are girls, studying everything from agriculture to physics and chemistry, all the way to Ph.Ds. At the end of March, the University celebrates the coming of spring. We went around everywhere. Many girls were wearing 'Naqabs', but this did not surprise me. After all some Sikh girls too wear turbans; Hindu girls sometimes wear saffron in various ways. One should accept all. The girls, all of them were happy to talk to me. I simply saw no difference between the Faisalabad University and the Punjab University, Chandigarh. I just saw vibrant young people pursuing education and interacting freely. In my speeches last year, and this year, at the University, I expressed my happiness at the large number of girls pursuing higher education. I stated boldly, that these girls would carry Pakistan, to high levels of development and progress. I also said cheekily, that the girls would drag the boys too, to the heights of progress. 3,000 girls sitting there, cheered me on. I suppose they have never heard such a strong endorsement of their cause. My wife and Dr. Kaveri Gill had a separate meeting with a hundred odd ladies from the faculty and girl students, where they freely discussed, the problems of women in this world. They were most interested to know our experiences. Vinnie and Kaveri explained our ways, in a family of strong willed ladies, and me in a minority of one. My situation evoked great sympathy.

I gave away a Ph.D to a girl on the subject of water engineering. Later I quipped that we could use her services more than they. Actually, both Punjabs have water worries and both need a constant dialogue — between the two universities of Ludhiana and Faisalabad — to learn from each other, and find solutions to our common problems, of soil, water, water logging, salinity and many more. I would even urge an exchange of some students and staff for short term visits. Much will be learned and many closed doors of the mind will be opened.

On the Mall Road we visited the historic museum, where Kipling's father Lockwood worked. It has a remarkable collection of Buddhist relics, as well as fine miniatures. Kim's Zam Zama Cannon, actually 'Bhangian Di Tope', the gun last owned by the Bhangi Misl Sardars from Amritsar, stands in front of the Museum. I visited the Government College, Lahore, which is now a University. The British Gothic building is undergoing extensive repairs. At the Gymkhana, having breakfast one morning, I heard an elderly gentleman ordering a 'Pakistani Omelette'. I was surprised and asked him. He replied "Jee Saade Omelette Vich Rajj Ke Mirchan Paiyan Jandiyan Ne (Our omrlettes are stuffed with chillies)". I ordered one too. I hope nobody here minds.