A Leap Of Faith

I was going to pay money to feel terrified for 11 seconds but I knew, from the moment I booked my tickets to New Zealand, that I was going to do it. 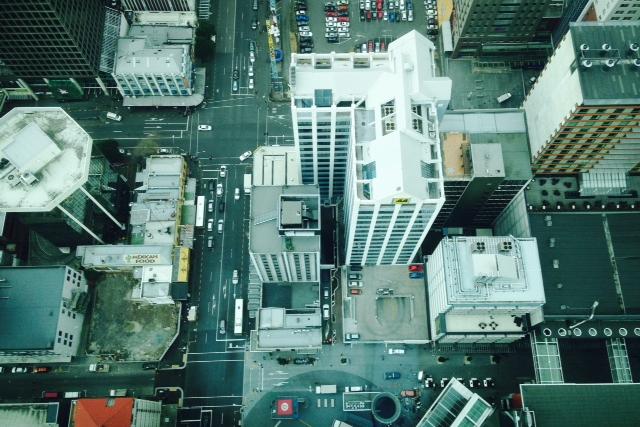 A few weeks ago, on a Monday morning, I jumped 192 meters off the Auckland Sky Tower, the tallest structure in the Southern Hemisphere. The tower is mostly used for telecommunications and broadcasting but also has attractions that are open to the public—a rotating restaurant, an observation deck, a casino and, of course, the option to jump off.

I was raised in a rather adrenaline-resistant environment so I was surprised when I first began toying with the idea. To put it into perspective, when I told mother that I was thinking of doing something unusual in New Zealand, something that was terrifying but exciting, she looked at me, took a deep breath and said, “Kayaking?”

“The safety record for such things in New Zealand is perfect,” I said to my father.

“I know. It definitely will be completely safe. But my only question is: why?” is what my father said.

I had no answer. The jump includes an 11-second fall and then a controlled landing. So I was going to pay money to feel terrified for 11 seconds but I knew, from the moment I booked my tickets to New Zealand, that I was going to do it.

The question, however, that unsettled me the most was my grandmother asking if there were ambulances waiting at the base of the tower.

I tossed and turned the night before the jump. I was certain that my life was about to change. My life would be defined, I thought, as BJ and AJ—Before Jump and After Jump. I searched for the appropriate metaphor to describe my jump. By jumping I was conquering my fears of the unknown, perhaps. Taking a leap of faith. If I could jump off that ledge, I could take all the other risks that life might offer. There had to be a metaphor lurking in there somewhere. 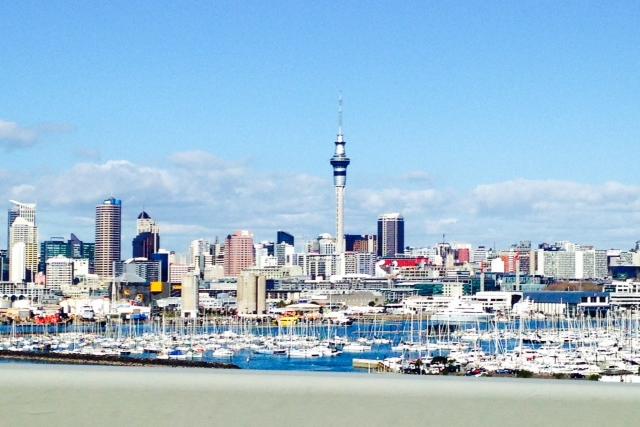 In the morning, the skies were blue and Auckland sparkled with a crisp spring shine. My significant other and I stopped at a small bakery in an open plan market on Ponsonby Road. I ordered a decaf coffee to avoid further heightening my senses.

“This is absurd,” I said in the car, “How can I feel so scared when I don’t even know what it’s going to feel like? I can’t be so scared of something I don’t know. I’m not. I’m not scared. I’m fine. Completely fine.”

The Sky Tower loomed over the Auckland skyline and, like Mona Lisa’s smile, seemed to follow me everywhere, beautiful but slightly creepy. We parked the car in the basement parking lot of the Sky Tower and took the elevator into the building. We couldn’t figure out how to get to the jump reception desk and ended up at one end of the casino, looking as sad as casinos do on Monday mornings. We asked a guard how to reach the Sky Jump reception. She told us we could walk through the casino and take another elevator down one level to the main reception.

We made our way to the main reception area where a group of young, fit, model-like New Zealanders pottered around a brightly lit room. We were joined by another woman who would be part of our jumping team. She was turning fifty the following week, she told us, and she felt she needed to do this. She was also searching for her metaphor.

A handsome young man named Kyle chatted with us about where we were from and what we were doing in New Zealand but his enthusiasm didn’t distract me from the disclaimer I was signing which said that under New Zealand law, it was very unlikely that I would be able to sue the Sky Tower for any kind of damages. Kyle told us that if we backed away from the jump at the last minute, we would be allowed to redeem our ticket any time in the next twelve months. As proof of how often people do back away, there were t-shirts on sale that had a chicken and the Sky Tower with “I chickened out of jumping off the Sky Tower” emblazoned on it. Laughing at shame is a good way to face shame. But my father correctly pointed out that facing shame and the social repercussions that accompany it can itself be a form of courage; often greater than the traditional display of courage that involves going along with something as ridiculous as jumping off a high tower.

Kyle took us to a locker room to put away all our belongings. He gave us blue and yellow jumpsuits to pull on over our clothes and tied our shoes securely. He checked to make sure my rings were tight enough that they wouldn’t fly off.

Back in the reception area, we were fitted into harnesses and other tourists who were coming through the space stopped to stare at us and marvel at our courage. A group of Japanese tourists tittered and took pictures of us while we stood around Kyle as he double-checked our harnesses. He led us to a separate elevator reserved for jumpers.

“Diksha,” he said, “You seem the most nervous. When you get up there, you should go first. I’ll be down at the landing pad to see you soon. Good luck!”

I didn’t want Kyle to leave. He had become familiar and there was too much that was unfamiliar at the moment. The elevator, just to mess with you, has a glass bottom so you can look down and see the ground rush away as you rise to the jumping deck. We got out of the elevator into an all-glass waiting room from which we could look down, see all of Auckland, and see the gangplank we were going to jump from. Trip, another handsome blonde-haired, blue-eyed man welcomed us and said, “Diksha, I hear you are going first.”

Kyle had betrayed me.

The other jumpers were left in the glass room and I was taken out to the holding area near the gangplank where there was a woman sitting near a huge pulley system. Trip sat me down, checked my jumpsuit, my harness, my sneakers, my rings. He then attached my harness to a heavy metal rope that was coming from the pulley. The woman tugged at her end of the pulley and I felt the harness tighten. She then came over and checked my jumpsuit, my harness, my sneakers, my rings. They stood me up—with the wind violently swirling behind me and the concrete jungle of Auckland beneath me, I needed to be stood up by something other than my own legs at this point. The woman angled a camera at my face and told me to give her a thumbs up. I gave her a faint grimace. As my breathing quickened I kept telling myself to look up, look up, look towards the sky, don’t look down. There’s another potential metaphor. Be logical, I told myself, this is completely safe, this is New Zealand, be logical, be brave. Think about the Facebook status I can put up after this. I kept up a constant chatter in my mind. Trip asked me if I was ready. I locked eyes with him. “If I die,” I thought to myself, “I want him to be forever haunted by my big eyes.”

At one point, I grabbed Trip’s collar. He gently removed my hand and said, “Please try to hold the poles, not me.”

I held the poles. But then I was immediately instructed to let go off the poles. “I’m holding you, don’t worry. Let go of the poles and hug yourself,” Trip said, “I’ll count you down from three and then you just need to step off the ledge.”

Simple. I just had to step off the ledge. I kept up my mental chatter. There was nothing to fear, I told myself. It was perfectly safe. It was silly to be scared. I had better mental control than this.

Then Trip let go and I stepped off and no amount of logical reasoning mattered because a purely primal, physical reaction took over and left no room for my brain to function. I screamed without knowing I was screaming. I opened my eyes three times—once, I saw blue skies, once, I saw the tops of buildings approaching rapidly and the final time, I kept them open and saw the buildings coming up around me as the landing pad on the ground got closer.

There was no space for metaphors. This was not about anything mental after all. I landed in a mix of laughter and tears. As promised, Kyle was there and I hugged him while he unlatched my harness. I had been trying, leading up to the jump, to conquer my mind and my thoughts but I realized when I landed, that it was my body that reacted and I had no way of controlling that reaction. A purely physical sensation is rare and it was spectacular. Even though I will probably always lean more towards the mental, I felt a high that simply doesn’t come from books or thoughts.

I want more. I want more adrenaline and more such experiences. Perhaps this Sky Jump was my gateway adrenaline kick to more high intensity experiences. Sorry, parents. To my father, I’m afraid I figured out why. And to my mother, I promise to balance things out by going kayaking every so often.