'A Lesson In History' 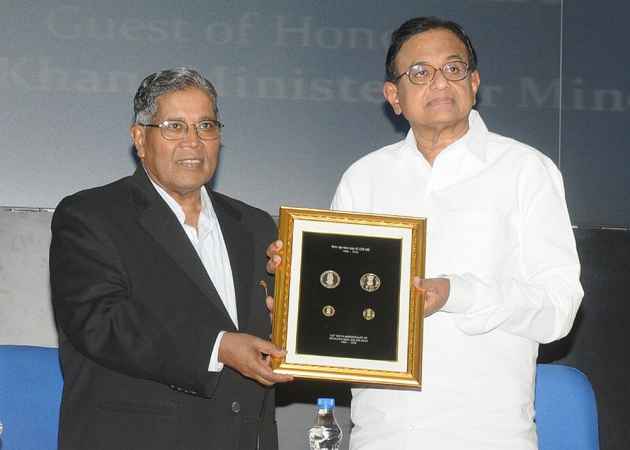 In addition to a national portal on Maulana Azad www.maulanaazadheritage.org being launched today, the finance minister also released a commemorative coin of Rs. 20 and a circulation coin of Rs.5 to mark the culmination of the 125th birth anniversary of Maulana Abul Kalam Azad. He also responded to the Gujarat CM in his speech by quoting from the same book.

Today we mark the 125th birth anniversary of Maulana Abul Kalam Azad. The Government of India and, in particular, the Ministry of Finance are honoured to be able to bring out two commemorative coins on this occasion.

The history of the freedom struggle is also the story of many great men and women. Among the tallest of those men and women was Maulana Abul Kalam Azad. It is widely acknowledged that he, as the first Minister of Education, laid the foundation of the modern education system. The institutions that he founded bear testimony to his vision and his farsightedness. Among them were the first Indian Institute of Technology, University Grants Commission, Indian Council for Cultural Relations, Sahitya Academy, Lalit Kala Academy, Sangeet Natak Academy and Council of Scientific and Industrial Research.

Maulana Azad made a significant contribution to the recording of history through his book “India Wins Freedom”. History cannot be bent. Historical facts are sacred. I thought the best tribute to Maulana Azad would be to read excerpts from his autobiography that will throw light on a sad chapter of India’s history, namely, the partition of India. These portions would also be a lesson in history to all those who participate in public discourse.

“A truly pathetic situation had developed as a result of the Congress mistake in giving Finance to the Muslim League. This had led to the deadlock which gave Lord Mountbatten the opportunity of slowly preparing the ground for the partition of India. As he began to give a new turn to the political problem he tried to impress on Congress the inevitability of partition, and sowed the seeds of the idea in the minds of the Congress Members of the Executive Council.

Lord Mountbatten was extremely intelligent and could read the minds of all his Indian colleagues. The moment he found (Sardar Vallabhai) Patel amenable to his idea, he put out all the charm and power of his personality to win over the Sardar.

As soon as the Sardar Patel had been convinced, Lord Mountbatten turned his attention to Jawaharlal. Jawaharlal was not at first at all willing and reacted violently against the very idea of partition, but Lord Mountbatten persisted till step by step Jawaharlal’s opposition was worn down. Within a month of Lord Mountbatten’s arrival in India Jawaharlal, the firm opponent of partition had become, if not a supporter, at least acquiescent towards the idea.

When I became aware that Lord Mountbatten was thinking in terms of dividing India and had persuaded Jawaharlal and Patel, I was deeply distressed. I realised that the country was moving towards a great danger.

Now that Sardar Patel and even Jawaharlal Nehru had become supporters of partition, Gandhiji remained my only hope.

Later that day (31 March) Gandhiji met Lord Mountbatten. He saw him again the next day and still again on 2 April. Sardar Patel came to him soon after he returned from his first meeting with Lord Mountbatten and was closeted with him for over two hours. What happened during this meeting I do not know. But when I met Gandhiji again, I received the greatest shock of my life, for I found that he too had changed. He was still not openly in favour of partition but he no longer spoke so vehemently against it. What surprised and shocked me even more was that he began to repeat the arguments which Sardar Patel had already used. For over two hours I pleaded with him but could make no impression on him.

The details of Lord Mountbatten plan were not yet published, but I guess that it would entail the partition of India. He returned to Delhi on 30 May and on June 2 held discussions with the representatives of the Congress and the Muslim League. On the 3rd of June a White Paper was issued which gave all the details of the plan. The Statement of the British Government will be found in the Appendix and I need only say that my worst fears were realised. The price for freedom was the partitioning of India into two States.

The publication of this Statement meant the end of all hopes for preserving the unity of India. This was the first time that the Cabinet Mission Plan was discarded and partition accepted officially. In trying to explain why the Labour Government changed its attitude, I came to the painful conclusion that its action was governed more by consideration of British than Indian interests.

The AICC met on 14 June 1947. I have attended many meetings of the AICC but this was one of the strangest that it was my misfortune to attend. Congress, which had always fought for the unity and independence of India, was now considering an official resolution for the division of the country.

When the resolution was put to the vote, 29 voted for it and 15 against. Even Gandhiji’s appeal could not persuade more members to vote for the partition of the country!

The resolution was no doubt passed, but what was the condition of the people’s minds? All hearts were heavy at the idea of partition. Hardly anyone could accept the resolution without mental reservations. Even those who accepted the partition had all their feelings against it.”

A fair reading of the above account will show that partition was forced upon the country due to the intransigence of Mohammed Ali Jinnah and Lord Mountbatten’s plan to safeguard British interests.

These excerpts from the book are a measure of the man that was Maulana Abul Kalam Azad. He was an Indian and a Muslim. He was a nationalist, patriot and totally secular. More than anyone else he was able to foresee the consequences of the two-nation theory. He was a passionate advocate, until the very last, of the unity of India. He was able to reflect the true feelings of millions of people both within and outside the Congress party. He had always fought for the unity and independence of India and for love and brotherhood among all communities, particularly between Hindus and Muslims.

As we remember him today, let us also remember his work, his words, his actions and his legacy.

I have the honour to release these commemorative coins.