Ministry of External Affairs Spokesperson Raveesh Kumar said Prime Minister Modi's visit to Ramallah in Palestine was the first ever visit by an Indian Prime Minister there. 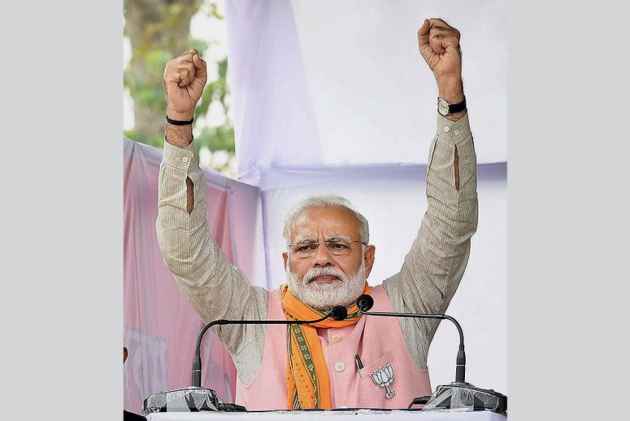 Prime Minister Narendra Modi's first engagement after arriving in Ramallah on Saturday morning will be to lay a wreath at the Mausoleum of Late President Yasser Arafat.

Prime Minister Modi will be accompanied by his Palestinian counterpart Rami Hamdallah.

The Mausoleum of Yasser Arafat was unveiled on November 10, 2007 and is located adjacent to the compound of Presidential Headquarters (Al-Muqata'a).

Prime Minister Modi, who is on his maiden trip to Palestine, will be received by President Mahmoud Abbas before the ceremonial welcome in the compound of the Presidential Headquarters, also known as Muqata'a.

The Prime Minister on his first day of the three-nation tour will hold meetings and exchange agreements with ministers in Ramallah in the West Bank.

Ministry of External Affairs Spokesperson Raveesh Kumar said Prime Minister Modi's visit to Ramallah in Palestine was the first ever visit by an Indian Prime Minister there.

On February 9, Prime Minister Modi arrived in Jordan, which is his transit to Palestine. The prime minister's office expressed gratitude to King Abdullah II of Jordan for facilitating the transit.

After Palestine, the Prime Minister would visit United Arab Emirates (UAE) and Oman.

The Prime Minister will leave for the UAE tomorrow and then on the final leg, to Muscat on February 11, before returning to Delhi the following day.