Nawaz Sharif’s likely return as Pakistan's new Prime Minister, should be good news for India. But it also comes with some serious concerns. 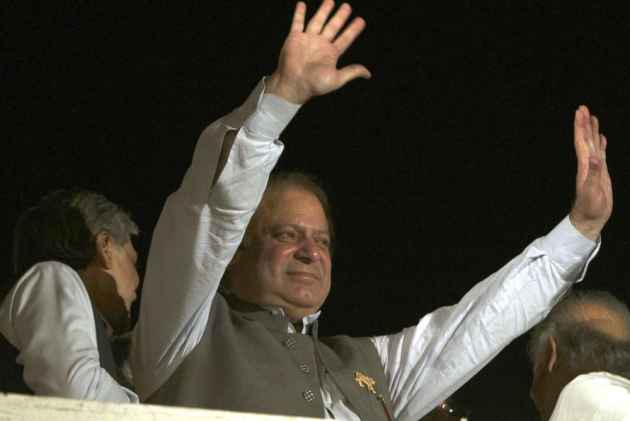 The Pakistan Muslim League(N)’s emergence as the single largest party in the just-concluded National Assembly elections in Pakistan, and its leader Nawaz Sharif’s likely return as the country’s new Prime Minister, should be good news for India. But it also comes with some serious concerns.

Sharif has been Pakistan’s Prime Minister twice before and during his campaign for this election; he had been talking about building strong and friendly relations with India. His likely emergence as Pakistan’s new Prime Minister should be comforting news for India. Prime Minister Manmohan Singh has already congratulated him and invited him to come to India. But the PML (N) does not have a simple majority on its own and, therefore, will have to bring in other parties in a coalition to form the government. This means that on key policies, particularly those pertaining to India, Sharif will have to build a consensus, at least among his coalition partners, before he can pursue them in any meaningful manner.

During his last stint as Pakistan’s Prime Minister, there was a serious attempt at building peace between the two sides. Atal Behari Vajpayee’s “peace bus” initiative to Lahore in February 1999 was matched by Sharif’s enthusiasm. The upbeat mood of the two sides to build strong, friendly ties was reflected in the Lahore Declaration that Sharif and Vajpayee signed. But within a few months the peace initiative was derailed by the Pakistani army’s intrusion in Kargil and soon after Sharif himself was ousted from power in a military coup.

The mastermind of both Kargil and the coup, General Pervez Musharraf, is now facing trial for a couple of murder charges, including the assassination of the country’s former Prime Minister, Benazir Bhutto. It may be too soon to predict how the trial will end. But putting a former military dictator on trial in itself is a significant development in Pakistan. There have been some other significant developments in the country as well. Most notably, it was the previous PPP-led coalition government’s historical achievement of completing a full five-year term in office. Sharif, who was thrown out of the Prime Minister’s chair twice before he could complete his term, would be hopeful that this time around he might get the chance to enjoy being the Prime Minister of his country for five years.

But Sharif’s main electoral plank has been his promise to build a “New Pakistan.” As he assumes the Prime Ministership and heads the new government in Pakistan, he faces a serious challenge in realizing that electoral promise. The country’s economy has been static at 2 per cent or thereabouts for some years now. With a crippling power crisis that shows no signs of improving, Pakistani industry is in a moribund condition. Many Pakistani factory owners have been forced to either shut down their factories or relocate them in other neighbouring countries. This has led to a serious unemployment problem, compounded by the fact that Pakistan also has a huge “youth bulge” with over 65 per cent of its population below the age of 25 years. Many of these youth who join the labour pool each year, have little or no education, are frustrated and often fall easy prey to several religious extremist groups and terrorist organizations that have flourished in the country over the past years.

Sharif is widely seen as a pro-business leader and there are high expectations of him to rejuvenate the country’s economy and its moribund industry. For this, he needs huge doses of investments from outside into Pakistan. But most foreign investors have put their money on hold given the political and terrorist violence that Pakistan has been going through for the past few years.

India can be a natural partner as a source of foreign investment into Pakistan and also as a ready market for Pakistani goods. It can also play a significant role in mitigating the power problem in Pakistan. In the last few years, trade between the two sides had improved significantly. But the numbers are far below their potential because a lot of trade barriers still exist and more importantly, the strains in Indo-Pak relations stand in the way of improving trade and economic ties between the two sides.

Sharif will naturally look at India and would like to give trade and economic ties a fillip to help rejuvenate the Pakistani economy. But for this, his coalition partners will have to be on the same page with him. There could be some among them who might support him enthusiastically in this. However, there could be others, particularly those who have links with religious extremist outfits, who might stand in the way of improving ties with India. More importantly, Pakistan’s policy towards India falls within the domain of security where the Pakistani army establishment has a veto power. A coalition government leaves enough room for the army establishment to use the junior partners to undermine the Prime Minister’s authority and scuttle those policies which do not meet their approval.

Sharif’s relations with the army, particularly when Musharraf was in charge, was testy, which finally led to the coup that toppled his government. A lot would depend, therefore, on how he manages his relations with the GHQ in Rawalpindi in future. The army top brass might not have mediated so far on Musharraf’s behalf. But they would certainly not like to see a former army chief being humiliated by either the Supreme Court or the civilian government. In addition, a lot would depend on how Sharif and the army generals cooperate with each other in dealing with terrorist outfits within the country. A lot would also depend on their cooperation to deal with the emerging scenario in Pakistan’s western front, particularly the Af-Pak border, in view of the 2014 drawdown of US and NATO forces from Afghanistan.

In Sharif’s third term as Pakistan’s Prime Minister, India could play a key role not only becoming a major trade and economic partner for Pakistan. But also to try and use that to bring in the trust deficit that has plagued their bilateral relations. For that to happen all the other players, particularly the Pak army, will have to give Sharif a free hand. Going by Pakistan’s past history that seems like wishful thinking. However, its current trend, also gives room for hope. Pakistan has embarked on a lot of firsts—putting a former military dictator on trial, allowing a democratically elected government to complete its full term in office, opening up more space for an independent judiciary and vibrant media to flourish—things that were unthinkable till a few years back. It could well be that the time has also come for opening a new chapter in Pakistan’s relations with India.