With the FBI taking over the responsibility for the investigation of the case from the New York Police, it is clear that the authorities suspect the attempted incendiary attack could have links with international terrorism. 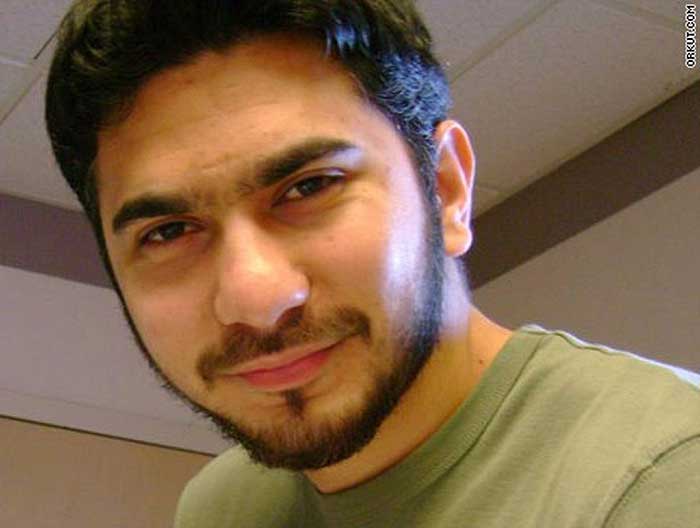 A US citizen of Pakistani origin, who still retains his Pakistani citizenship after having acquired US citizenship, was arrested by the Federal Bureau of Investigation (FBI) at the JFK airport of New York on the evening of May 3, 2010, in connection with their investigation into the attempted incendiary attack in the Times Square of New York on the evening of May 1, 2010. He had boarded a Dubai-bound flight of the Emirate Airlines after having passed through security and immigration controls. The doors of the aircraft had been closed and it had started moving away from the departure gates when the FBI ordered it to come back to the departure gates and took him into custody. He was to be produced before a local court on May 4.

The FBI has taken over the responsibility for the investigation of the case from the New York Police, thereby indicating that the authorities suspected that the attempted incendiary attack could have links with international terrorism. The name of the arrested suspect has been given by sections of the US media as Shahzad Faisal , but Mr.Eric Holder, the US Attorney-General, gave his name as Faisal Shahzad.

He is stated to be 30 years old and has been described by some reports as an information technology expert. It is not known whether he is a Pashtun, but some reports say he is married to a lady from Peshawar, the capital of the North-West Frontier Province of Pakistan, who had studied in the UK before migrating to the US. It is not known when Faisal Shahzad migrated to the US, but he was naturalized as a US citizen on April 17 2009. He traveled to Dubai in June 2009, and returned to Connecticut, his city of residence, in April 2010.During this period, he is believed to have spent about five months in Pakistan. It is not known where he spent the remaining period.

The breakthrough in the investigation came after the police established that the Nissan Pathfinder vehicle which was used for the failed incendiary attack had been bought by a Hispanic or Middle-Eastern looking man from a woman of Connecticut three weeks ago for US $ 1800 paid in cash. The police had established her as the original owner of the car with the help of the identification number. The suspect had erased the number from the dashboard, but not from the engine. She had advertised for the sale of the car in one of the Internet sites for the sale/purchase of used cars.

She did not recall the name of the purchaser, but identified Faisal as the buyer from his picture shown to her by the FBI. It is not clear how the FBI zeroed in on him. There are two possibilities: Either he was already under watch by the FBI or he was one of the Pakistani-origin residents of Connecticut who had recently returned after a longish visit to Pakistan and hence appeared in the database of the FBI, which keeps track of residents of Pakistani origin spending a long period in Pakistan.

It is not clear why the FBI immediately did not flash his name to the airport security in all airports. The fact that he was able to pass through the security and immigration controls at the JFK airport and board the aircraft shows that at the time he passed through the controls they had no adverse information about him. Luckily, after he had boarded the aircraft, the authorities realized he was on board the aircraft and brought it back to arrest him.

The investigating authorities do not know as yet whether he was a lone wolf terrorist or whether he had accomplices. They seem to be conducting their investigation on the presumption that there could be accomplices. The FBI has till now identified him only as the person who had purchased the Nissan Pathfinder vehicle and not as the person who drove the vehicle to the Times Square and left it there with the timed incendiary device inside. They are enquiring whether it was he who left the vehicle or someone else.

The claim made by Qari Hussain Mehsud of the Tehrik-e-Taliban Pakistan (TTP) regarding responsibility for the attempt is now being taken a little more seriously by the FBI because the message making the claim had been recorded before the incident. The FBI is also taking seriously a separate message of Hakimullah Mehsud, the Amir of the TTP, warning of reprisal strikes in the US, which had also been recorded before May 1.

According to some speculation, the Nissan vehicle was parked near the offices of Viacom Inc., which owns the theatre Comedy Central. It reportedly recently staged an episode of the animated show "South Park", which was strongly criticized by a group called the Muslim Revolution for allegedly insulting Prophet Mohammad. Was this also a possible motive? It is not yet clear.