'A Personal Journey With URA' 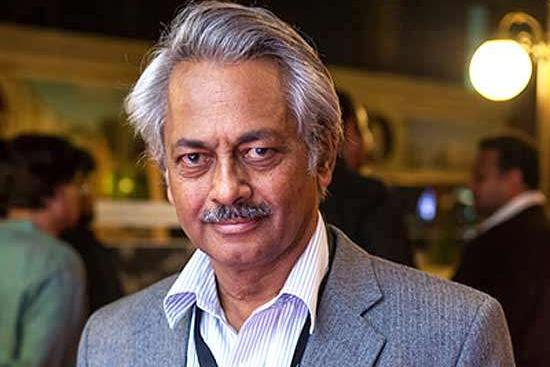 U.R.Ananthamurthy (1932-2014), the Jnanapith Award winning Kannada writer was also a poet, novelist, philosopher, administrator, social activist and a public intellectual. While political psychologist Ashis Nandy once described him as “one of the finest minds independent India has produced”, sociologist Shiv Vishwanathan called him “a different kind of Indian”.  Eminent Kannada film director Girish Kasaravalli whose 75-minute documentary on Ananthamurthy (in English) for Films Division won the Special Jury Award at the 61st National Awards spoke to Srinivas Bhashyam on the subject of his film. Excerpts from this interview, conducted earlier this year, appeared in Outlook print under our weekly 10 Questions format

Srinivas Bhashyam: Please explain the title Ananthamurthy— Not A Biography…But A Hypothesis?

Girish Kasaravalli: There are quite a few biographical documentaries that have been made on U.R. Ananathamurthy. I didn’t want to make yet another. For me, URA signifies a certain kind of approach to life and reality around us. URA is one writer whose views are as important— if not more— as his creative oeuvre. He expresses his vision of life and society around him not just in his fiction but in his speeches, arguments and cultural discourses as well. If I want to capture the essence of URA phenomenon, I need to structure the film in a way which is quasi-fictional, quasi-documentary—in one sense, unconventional. Hence the warning in the beginning itself that what you are about to see is not a biography but a hypothesis of URAs views. By the way, I am greatly indebted to Shiv Vishwanathan who phrased this so beautifully in his interview.

It is uncharacteristic to see you on screen and also for you to book-end the documentary with your voice-over declaring the elaborate influence Ananthamurthy has had on you (apart from the fact that your much-lauded debut film Ghatashraddha, 1972, was based on his novel). What does URA mean to you?

It is my belief that in these days when information is easily available through inter net, a documentary that simply gives us biographical information doesn’t add up to anything. Thus I chose this format— a personal journey with URA. There has to be some personal interventions to make sense of it all. URA has certainly influenced my generation. Many of us have grown up admiring his insights when they are found acceptable but also not hesitating to debate/quarrel with his views when they are found to be unacceptable. URA is one man with whom one can quarrel and yet remain friends without any bitter feelings. What I admired in his arguments and writings is that he is never judgemental. He always interprets an event from two positions— sadhya and shasvatha— the temporal and the eternal. He views all manifestations from a larger perspective: What are the contemporary implications and how much of it is because of historical reasons? He never sees anything as binary opposites or as bipolar identities. He tries to fuse the east and the west, traditional and modern. For him all philosophical matters are quotidian and all quotidian are philosophical. H.S. Raghavendra Rao aptly says in his interview that his prose is very poetic whereas he fills his poems with ideas.

You’ve leavened the inevitable talking-heads format with evocative visuals of Malnad, a few enactments of URA’s fiction and even an instance of playful animation. How did this format evolve?

I have made 3-4 documentaries earlier and except for the one on the painter K.K. Hebbar, I have always twisted the subject around and made a short fiction out of those commissioned films. I actually didn’t want to use whatever little of the talking heads format that I have used. Here, I had to resort to it as URA had to be constantly under medical supervision while undergoing dialysis. So I devised this format of using his poems and certain passages from his fiction as illustrations of his views. Even in the enactments, all that the characters read out/enact are the exact sentences from his original works.

You’ve got many Kannada writers and intellectuals apart from the likes of Ashis Nandy and Shiv Vishwanathan deconstructing the importance of URA. URA himself comes across as one of those rare creative minds whose self-analysis has startling clarity (despite failing health at this age of 82) minus any bogus humility. This must’ve been an advantage for you?

A friend of mine who was URA’s student told me that if one has not been a student of URA, (he was an English professor) one has missed a great experience in life. I never really understood his statement till I started attending URA’s lectures/ public speeches. He is a very engaging conversationalist and has the gift to express complex concepts in simple terms without using jargon. If this film is any good I think the credit must go to him. Prof. Manu Chakravarthy is an authority on the works of URA and was the subject consultant on this film apart from Ashis Nandy and Shiv Vishwanathan who have given some sharp insights into URA's philosophy.

URA is a self-confessed socialist and says: “Writing is a political act, not a mere contemplation”. He has boldly attempted contesting an election, participated in various agitations (illegal mining, saving river Tunga etc.) and has even been accused of being a Naxal sympathizer. In the recent past he has declared that he will quit India if Narendra Modi becomes PM and then retracted it. What is your take on it?

Let me try to contextualize URA. Like many writers and artistes in Karnataka, URA too has a socialist background. He is from Thirthahalli of Shimoga district where socialist movement was very strong. The first farmer agitation started in 1952 in which people like Lohia and others participated. URA, as a young man, too contributed in his own way by writing articles, composing and printing them at his father’s printing press and circulating the handbills etc. During that period his interactions with Gopla Gowda and other important socialist leaders of the state strengthened his belief in Socialism.

Many Kannada writers and artists of that era like K.V.Subbanna , P.Lankesh, Poornachandra Tejaswi and others greatly believed in Socialism and its modules of development. Many of them, including URA, later turned to Gandhian ideals. All of URA’s political moves and statements have these undercurrents. This kind of organic intellectualism came to the forefront during the Emergency period and became even more vocal post the 90s. When he said that he doesn't want to live in Modi's India, one shouldn't take it literally. Instead we should take it as a criticism of the models of development which don't auger well for the larger interests of India. They are going to widen the gap between the corporates, the tech-savvy, the lower middle class and poor Indians. Unfortunately, today we are in a phase where any criticism is not taken in its correct spirit as a criticism of the ideology which the man represents but as a criticism of the individual. URA in all his speeches and writings has always stressed the need to keep the plurality of Indian society— of caste, religion, languages and traditional practices. No one would disagree that an ideal leader should have the vision to carry along the people belonging to various identities together.