A Perverse History Of The Nation

Abdullah Hussein's The Weary Generations lets us infer that the nation cannot be narrated except as the unforeseen catastrophe of a failed education in vitality. 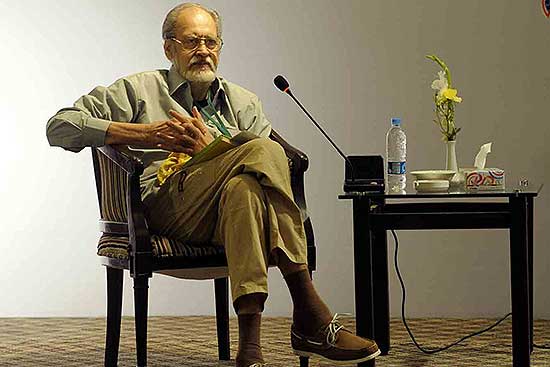 Soon after his return to his North Indian village from his time fighting on the British side in the First World War, Naim, the protagonist of Abdullah Hussein's The Weary Generations, joins his male friends in the heady pleasures of a boar hunt. Finding himself confronted with the violent and cornered animal, he drives his spear into it as it squeals to death. But immediately he is taken by remorse over what he feels to have been gratuitous violence.

This is not a moral evaluation he made when, before the War, he had fallen in with similarly vivid young men and witnessed their revenge killing of an enemy at night. It is one that he makes now in the wake of the war that has cost him an arm. It anticipates an observation he later makes to a group of militants he joins: "We cannot win by adopting the ways of the beast, because it is not just the landowners but those who own the landowners."

Yielding to bestiality is to relinquish being political. For being political, in terms of Naim's sentimental education, is to restrain your animal vitality — always misdirected at culpable individuals — in favour of reflection and action on the institutions that enable their culpability.

But this is only one side of the assessment that the novel, through Naim, allows us to make of vitality. The other suffuses the third-person narrative as well as Naim whose consciousness it mostly purveys. It is best captured by the following episode: at a dinner party among the native elites of British India we see Gopal Krishna Gokhale take what appears to be a narrowly instrumentalist view of politics while Annie Besant argues equally inanely for innovations in "theosophy". Meanwhile, the young Naim encounters Azra, whom he later marries, in the garden outside. As he inquires with her after the identities of the individuals at the party and the nature of the occasion (Azra's father is assuming the title of "Roshan Agha" in a ridiculously stiff ceremony) he observes her laugh: "As she laughed with her head thrown back, her neck flattened out and her throat quivered, causing Naim to imagine a small animal shivering in the cold".

It is a passing detail but the events that come to pass will assign it an ambivalent meaning. On one hand, her quivering throat condenses in an image the unexpectedness and subtle eroticism of this early encounter between Naim and Azra and underlines its contrast with the ridiculous invented tradition of Roshan Agha's ceremony of investiture. This marks the beginning of their long relationship that turns into marriage. But she also leads Naim to imagine "a small animal shivering in the cold". This, too, anticipates how, as the well-born Azra comes to take part in anti-imperial politics, her insulation from the rough and tumble of Naim's partly peasant world gives her politics the lie. Bereft of experience, she clings to anti-imperialist ideals that, because they are not the results of the shock of experience, are platitudes that do not survive experience. She is resolved to let hang a banner condemning a visiting British dignitary for the Jallianwala Bagh massacre but just when the procession comes into view she freezes in admiration at the pomp and circumstance. Her animality is of an anemic sort that demands protection. By contrast, the hypermasculine vitality of Naim's peasant past, though presented as morally ambivalent in its tendency to murderous violence, is one that the novel's tone and rhetoric eventually validate.

In another of Hussein's novels, Nadar Log (The Dispossessed), a Sikh man gives a Muslim woman he loves proof of his love by drinking her urine from a shoe. Later, when their affair is discovered, their enemies set the field in which they are hiding on fire. Hussein's novels are partly a commemoration of this amoral peasant vitality, reminiscent of and possibly indebted to D.H. Lawrence's novels, from a world before nationalism and its partitions. And partly they deepen the contrast between what such bodies in pain and pleasure know to be real and what a colonial state's elites speak of as real ("a bee-hum of talk") as at the investiture ceremony.

Indeed, in a sense, all but the closing chapters of The Weary Generations pose the question of what the ideal articulation should be of psychophysical experience and abstract reasoning in order to be effectively political. What, in other words, is the ideal combination of experience and reflection such that the naiveté resulting from a relative lack of either is avoided in politics? Each of the novel's characters gets this balance wrong except Naim who blunders towards it. The novel thus entwines two major world traditions: the tension in the history of political thought between force and cunning; and the fate of the European novel of education — the Bildungsroman — in post-colonial societies.

To take up the former, we might begin by recalling how, already in ancient Greek and Latin literature, the lion and the fox emblematise primordial human impulses to force and cunning respectively. This symbolic dyad famously returns in Machiavelli's prince who must learn, after the manner of Achilles who was raised by Chiron the centaur, to coordinate strength and strategy. This is not only a European genealogy for Zal, father of Rustam, the most famous champion of Iran's kings in Firdawsi's tenth century Persian epic, the Shahnama, was raised in the nest of the eagle-like Simurgh. This detail later accounts for the bestial power and grossness that accompany Rustam's political astuteness. Political education, as much modern political theory and Gandhi's thought and career later exemplify, lies in struggling to reconcile these irreconcilable impulses of force and cunning.

The Weary Generations follows the political maturation of Naim as he learns to channelise force into cunning and teaches a variety of activists through his life to channelise strength into anti-colonial stratagem. But it ends in 1947 with Naim's senseless death at the hands of a wild Sikh on horseback as Naim and his nephew Ali attempt to flee westward through the Punjab countryside. More accurately, it ends with its final chapters set in a dystopic early Pakistan where Ali whose body ("thick, coarse-necked stump joined at one end to hefty shoulders and at the other to a powerfully wriggling head"), like Azra's, is undamaged by mass politics, must learn to cope anew.

One of the historical novel's traditional tasks has been to imagine how particular and typically ordinary individuals experienced an event deemed "historical" by a nation's dominant narrative. Doing so has alerted readers to the accidents that resulted in that nation and the costs at which it came into being. The Weary Generations lets us infer that the nation — India, Pakistan or any other — cannot be narrated except as the unforeseen catastrophe of a failed education in vitality.

Abdullah Hussein, born Mohammed Khan in Rawalpindi on August 14 1931, completed the original Urdu version — entitled Udaas Naslein — in 1964 and translated it himself under the title of The Weary Generations for its 1999 publication in English. He died in Lahore on July 4 2015.

Prashant Keshavmurthy is Assistant Professor of Persian Studies in the Institute of Islamic Studies, McGill University.