A Puzzle For Male Cyclists

The association between cycling and prostrate cancer is frightening news for a middle aged man who likes cycling. 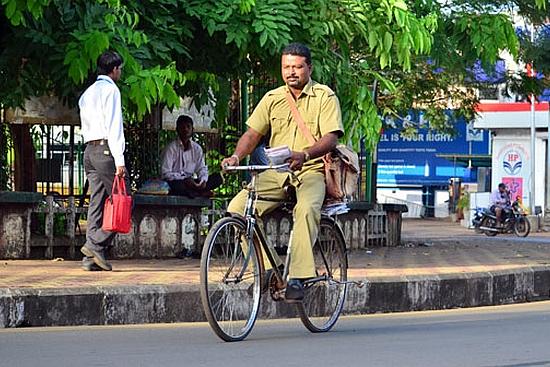 As a teenager, in 1970s Calcutta, my default mode of transport was a bicycle. To be specific, it was a stylish BSA SLR, inherited from an older cousin. Calcutta was a) a small city in physical area and b) it had overcrowded public transport and c) permanent traffic jams. I could actually travel faster and more comfortably on a cycle than on a bus or tram. Cycling was also one of the few activities, thoroughly approved of by my father and his generation. They all cycled.

Cycling remains a pleasure I still indulge in, in my 50s. It has always been touted as a cheap, environmentally friendly way to get around and healthy exercise into the bargain.

Is it really the latter?

Just like swimming and walking, one can carry on cycling into advanced old age. There are benefits like improved cardiac and lung functions, better blood pressure, good muscle tone, etc.

Of course, there is the risk of injury or death from accidents. Cyclists should always wear helmets (I never did in my youth). Also, cycling in places with high air pollution is not smart since it guarantees more gunk is inhaled. But it's possible to get a light folding bike and lug it out to the countryside. Or, you can use a exercise cycle machine inside an AC gym if all you want is a workout.

But there are other frightening associations for middle aged men: infertility, erectile dysfunction, testicular cancer and prostate cancer have all been associated with cycling, in folklore, at least.

A study published in July 2014, discussed some of those risks. A team from University College, London observed 5,282 male cyclists in the UK. The study was cross-sectional - a snapshot of this sample was taken at a given time.

The fears of erectile dysfunction and infertility were dismissed by the study, which found no association between those issues and cycling. In fact, fertility was believed to increase for men who cycled between 3 hr 45 mins to 5 hr 45 mins.

The risk of testicular cancer was already known. Think Lance Armstrong (who won seven titles after losing a testicle to cancer) and also Ivan Basso.

The big new findings centred around the association between cycling and prostate cancer. The study indicated that prostate cancer risk may be higher than normal for cyclists over 50, and it rose as men cycled more.

The study is far from definitive. It only claims association. The researchers pointed out that this specific sample is very health-conscious. So it's possible that they simply have more regular checkups, and cancer got picked up early.

Nevertheless this is frightening news for a middle aged man who likes cycling.

Is this something to do with intrinsic physical motions involved in cycling?

Can the risk be reduced by riding "scissors" with the butt elevated ?

Is the risk higher for someone riding a fancy modern bike with drop handlebars and a narrow saddle?

Modern bikes are designed for speed and the typical riding posture puts pressure on the balls and butt (if one may use common anatomical terms). Riding an old-style milkman's bike with a wide saddle and high handlebars involves a different posture and possibly, puts less stress on those specific parts.

We don't know what sort of models the cyclists in the British study were riding. But it's a fact that most modern bikes have drop handlebar / narrow saddle configuration. If you're not carrying a load, that design is most efficient in terms of speed.

India could be an ideal place to seek data on people who do a lot of cycling on old-style bikes with wide saddles and straight handlebars. Milkmen use those models. So do rural postal employees.

There is likely to be pertinent data pigeonholed away somewhere about the postal employees, in particular. As government servants, they receive pensions and free medical treatment. That means records are taken and stored in triplicate.

Data should therefore exist involving very large samples, spread over very long time periods (not just cross section snapshots as in the UK study). That data would be medically verified and not self-reported. So it may be possible to find out if there is a high incidence of prostate (and testicular) cancer associated with rural Indian postmen. Ancillary statistics would have to be gathered to compute normal incidence of such cancers in India and to compare those results and control for other variables.

Of course, gaining access to data about the medical conditions of postal employees could take a decade or two for somebody who is not part of the official system. It's unlikely that an Indian medical team would follow up on the British study cited above.

Obviously, I have personal skin in the game. I'd love to know if a standard doodhwala cycle design, or a modified wide seat, would help me get my cycling "fix", without putting my plumbing at risk. I'm throwing this out in the hopes that somebody with the requisite expertise and contacts may actually read this and be intrigued enough to start looking for more leads.