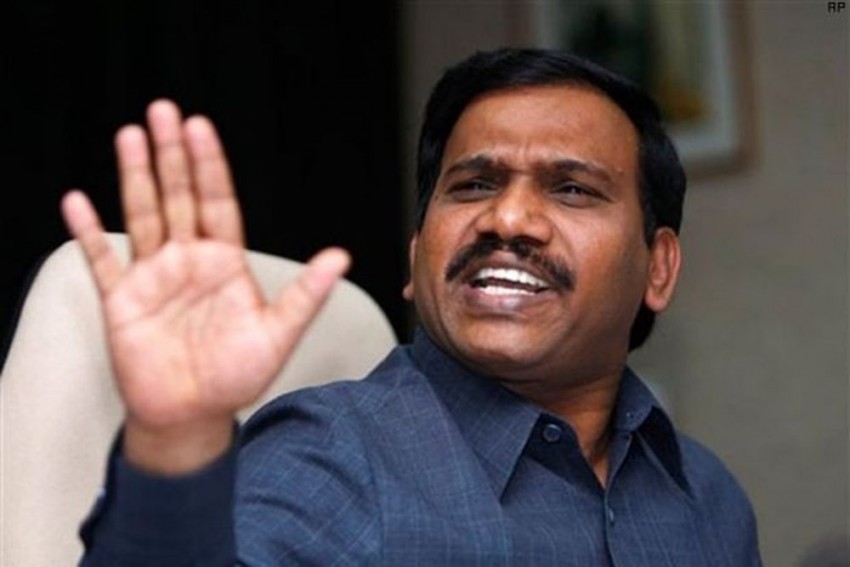 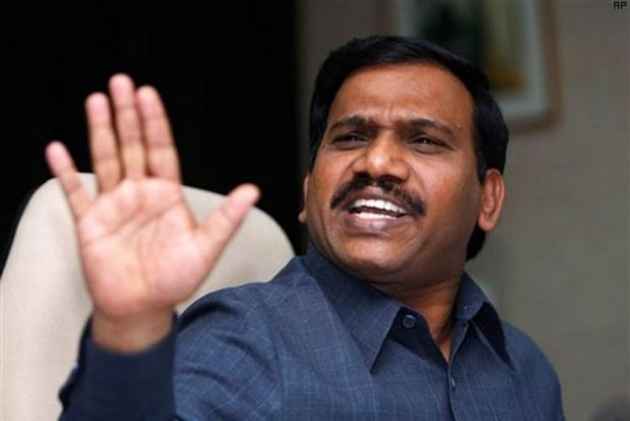 A day after he was acquitted in 2G spectrum scam cases, former telecom minister A Raja claimed on Friday that it was a "conspiracy" hatched to topple the Congress-led UPA dispensation and expressed anguish that even the then central government could not sense it.

In a letter to DMK president M Karunanidhi, he also raised apprehensions about the possible role of "hegemonic forces" which could not tolerate the regional party's national political clout at that time.

"It was regrettable that the government (at the Centre) itself was unable to figure out that the spectrum issue got caught in a conspiracy to defeat the UPA coalition government," Raja said without specifying who was behind it.

Spectrum "assault" was "initiated by individuals" and carried forward by institutions including the CBI, which was new to both Indian and world history, he said.

Thanking Karunanidhi for standing behind him during his years of trouble, the former minister dedicated the special court verdict exonerating him and other accused to the party chief.

He said the government itself was unable to realise the "conspiracy" despite having the intelligence wing under its ambit.

"It does not require extraordinary intelligence to understand that hegemonic forces which decided that it could no longer tolerate the national political clout of the DMK should have been there (behind the alleged conspiracy)," he said.

Defending himself, the former minister said a "cartel" of some telecom companies, which "hid availability" of spectrum, was shattered due to his policy. As a result, he said, people now had access to several features such as Whatsapp and Twitter in their smart phones.

"Facilitation of this revolution was labelled as an offence and it is possible only in this country," he said.

"Who will punish those who alleged a loss of 1.76 lakh crore and deceitfully tried to trivialise your 80 years of public life?" he told Karunanidhi, in an apparent swipe at the then Comptroller and Auditor General (CAG) Vinod Rai's report.

Hitting out at a section of media for its "hate" while pursuing the matter, he said the Left parties raking it up was an "ideological melancholy".

The "ignorance and lack of understanding" of some of the institutions that probed and held administrative enquiry over the spectrum matter was a "blemish" on the Indian administrative setup, he alleged.

"Seven years has rolled by and in these years how many demeaning words..The spectrum storm not only besmirched individuals but also a movement (DMK) moored in ideology," Raja said.

He said the "politics of spectrum" came in handy for those who tried to diminish the nonagenarian's (Karunanidhi's) "viswaroopa" persona into that of "Vamana" (a dwarfish avtar of Lord Vishnu).

He noted Karunanidhi and party working president M K Stalin brought him out of dejection.