Tarun Tejpal is a victim of his own façade, fantasies and greed. He is trapped in a skin not his own. The current scandal is not just about him. It is about abuse of power, by a journalist, an editor and a man. 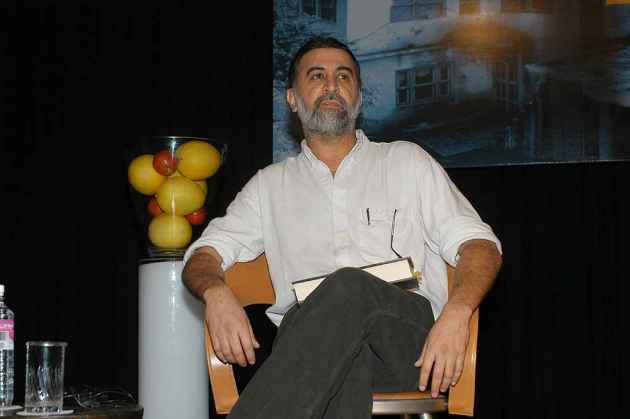 The stupidity of our nation gets greatly exposed with the extreme reactions to Tarun J. Tejpal—the cult following of his journalism at one end, and the lynch mobs baying for his blood, following the outing of his sexual escapades, at the other.

Tarun comes across as a sexual predator, on the prowl, in search of his next victim. He used his power and influence over young women half his age.

However, this should not take away some of the most seminal work that the journalists of Tehelka have done over the years.

Tarun’ s story in itself is an alchemy of desire. He was like most of us: chirpy, fun-loving, naughty. However, post Tehelka, he donned the robe of a saint. He became preachy and started espousing causes that he never stood for and never could.

He was nothing that the nation started acknowledging him for.

He was a normal guy with all the flaws and weaknesses.

It was a facade he had to put on for the survival of Tehelka, which was losing money, each year. Only the power exuded by Tehelka could make it viable.

He glorified himself when not due. He “owned” the company when the money came from others. He acted the hero while he was just a team member. The existence of Tehelka is not just because of Tarun.

Tehelka exists because of:

If Tarun’s lofty objective was to start a not-for-profit free and aggressive media enterprise, he could have made all contributors as shareholders. He crowd-funded Tehelka but did not part with ownership. The new shareholders include K.D. Singh, a Trinamul Congress MP, who bought his way into Rajya Sabha.

Any intelligent person should have cried foul then.

It is too late now.

Sometime in 2009 when my fledgling publication wrote against an educational institution with doubtful credentials, we got into a lot of trouble.

We were going through multiple cases and draining all our resources.

When Tehelka decided to do a story to the subject, we were too happy. Who can espouse the cause of investigative journalism better? Only till we got the questions from the journalist. We realised that it was a story being done on behalf of the institution to throw insinuations at us.

I was very upset because I knew Tarun personally but for him, it didn’t matter. We responded professionally, sticking to facts. I dared them to do a story despite the facts. It was no coincidence that the dubious institution is Tehelka‘s biggest advertiser taking all its back covers.

The story never appeared, because our response didn’t leave any gaps. And the owner of the institution was at the THiNK fest in Goa, rubbing shoulders with the then HRD minister Kapil Sibal and gained access to a ministry that should have punished him.

I stopped following it.

This is not just about Tarun.

It is about abuse of power, by a journalist, an editor and a man. A self-styled messiah. Each time, they believe they can get away with unfair demands, they push the envelope further.

People in power with no humility can destroy like nothing else. The desires, fantasies and a coterie is a very potent combination. Tarun is a victim of his own facade, fantasies and greed. He was never what he was portrayed as, then and now.

He is trapped in a skin not his own. We couldn’t stop people from hailing him as God, as much as we cannot stop them from calling him a devil.

Alas. It is too late now.