A Slice Of The Action

With all this negativity hanging like a cloud over people’s heads, can anyone blame a citizen for taking a punch and a swipe, just like his leaders and peers do? 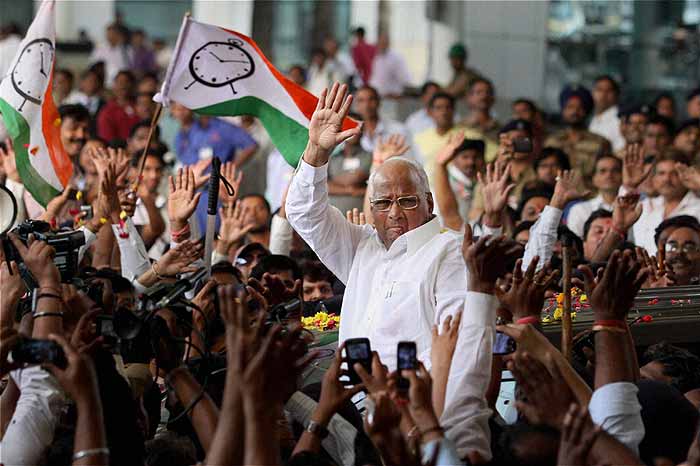 As news broke on television screens of the sudden attack on agriculture minister Sharad Pawar, where an enraged man had slapped the minister hard on his face blaming him for the crushingly high food prices, one could almost feel the electric air of excitement in the newsrooms. News channels flashed the embarrassing scene unrelentingly, and the incident was being milked for all its worth, as editors put together similar incidents of attacks on public figures in the past, and trotted out the commentariat who customarily spewed on the significance of the episode.

But in a stunning display of selective memory loss, the media craftily made no mention of the one attack that we should all be really ashamed of— the savage cleaver attack on Dr Rajesh Talwar, father of Arushi Talwar, the 14-year-old who was brutally murdered along with her servant in June, 2008. The murder case became notorious not just for its criminality, but for the sadism, cruelty and ferocity in media misreport of the crime.

Instead of going by the facts and evidence of the crime, a frenzied media simply relied on the police version and their licentious, suggestive and salacious innuendos and rumours that apparently led to the ghastly crime. Based solely on ‘confidential and insider’ information coming from the investigating police, the media helped build a super seedy construct of the Talwar parents— of a carnal, debauched, libidinous couple who not only had a hand in murdering their teenage daughter but also covering it up.

This is not to say that Dr Talwar is not guilty either, but barely a year-and-a-half later, as he walked into the Ghaziabad court under the glare of an unrelenting media, to file a protest petition on the CBI’s closure report, a bystander leapt out and attacked him with a meat cleaver. It was later revealed that the overwrought man was "closely monitoring the case on TV and newspapers" according to his friend. Dr Talwar had to undergo reconstructive surgery on his face and have his hands operated upon. He is, to date, the only accused in the murder case.

So, it was with keen eagerness I switched on the television later in the evening to watch the chat shows on the Pawar Slap episode— expecting at least an acknowledgement from fulminating anchors about the Talwar episode. I particularly chose Times Now, at prime time, knowing the anchor would predictably combust on the incident.

Apart from the fact there was no mention at all (as with all other television and print media), the anchor’s preamble was a case of stunning irony— as he glared gloomily and almost choked on the heinous and vicious nature of the Slap, he lifted himself exultantly when he victoriously declared that finally, the topnotch Maoist leader Kishenji, was killed in a gun battle with security forces in a forest in West Bengal.

Now, if a mere anchor can decide who he deems worthy to live, why can’t a common citizen express his anger at an official/bureaucrat/minister when they fail to make his life better? Why is a television anchor allowed (let’s face it, print media does not have the bombast of news television) to scream, shout, canonise, demonise irrationally, whereas a citizen is not allowed to be aberrant and incoherent?

So, a man who slaps a minister is unhinged, mad, nutty, and is part of a dangerous trend, but exhorting and moralizing by preachy anchor-journalists are illuminating and informative. Worse, if family entertainment in the evening is either watching mean, vicious, petty, squabbling family soaps or, hollering, rousing and whooping anchors and panellists, is it any wonder that the audience is now clamouring for a slice of the action? If they can sock it, why can’t I? is a reasonable enough poser.

Which takes us to the thudding heart of political debate— Parliament, and where do our venerables stand in the deliberation and discourse sweepstakes? At rock bottom. Session after session has been disrupted and scrapped because political parties want to settle scores rather than legislate and conduct business in the House. Television has brought public life into people’s bedrooms and drawing rooms and what do we see whirring before our eyes? Parliamentarians screaming, abusing, shouting, flinging chairs and microphones at adversaries, and here the opposition cannot plead innocence. Parliament and assemblies are for legislation, debate and policy making, protests are legitimately held by parties outside the House.

Perhaps the time has come, as far as the media goes, to put an end to this self-serving and scary exploitation of sensationalist news, and of merchandising touchy-feely news— one that supposedly cares and takes sides. These may be hysterical times, but a journalist’s job is to report facts and reveal the truth, not spin for high TRPs. Do not confuse realism with sensationalism. As for politicians, far from being instructive and constructive on political debate, they believe being offensive and aggressive is a mark of genuine opposition.

With all this negativity hanging like a cloud over people’s heads, can anyone blame a citizen for taking a punch and a swipe, just like his leaders and peers do?

Vrinda Gopinath is a New Delhi-based journalist. She believes it's time to sock the experts, hacks & intellectual snobs