A Preachy Second Half Spoils The Satirical Comedy

The much-in-love husband Raj agrees to move out of his ancestral home to an upscale neighbourhood to improve Pia’s chances of getting admission qualifying for the 3km distance admission criteria. 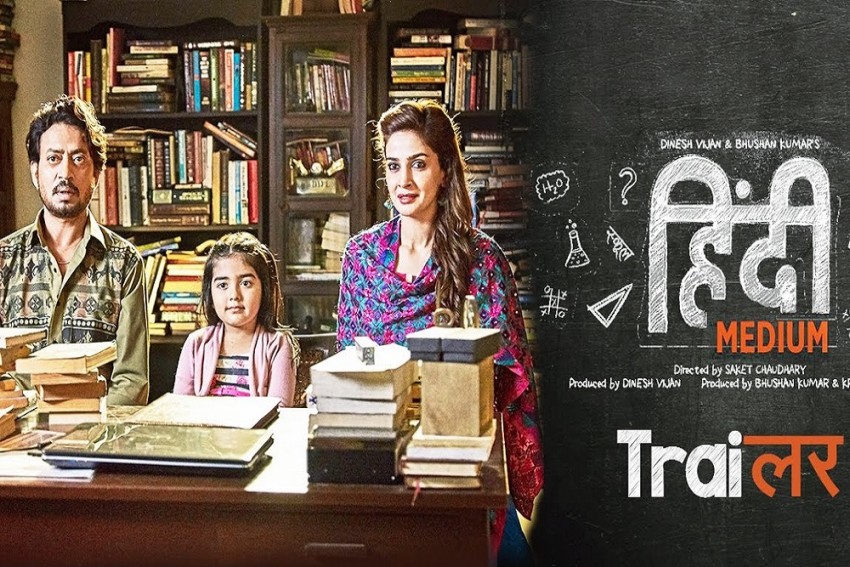 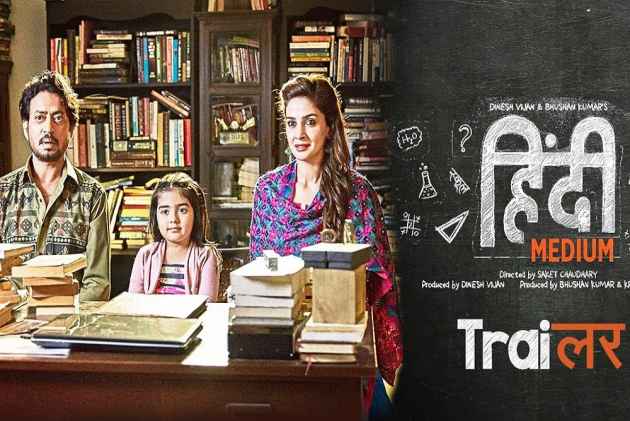 There is much to be said about the role the English language has to play as a status symbol in our society – it is a marked differentiator between the entitled and the inferior, a difference that can best be done away with through admission in an English- medium school; and a difference that the Chandni Chowk couple Mita (Saba Qawar) and Raj Batra (Irrfan Khan) is determined to wipe off their social resume.

Aware of the catastrophic effect of a government school on their daughter Pia’s life, and theirs, the couple struggles to get her admitted into one of the top five English-medium schools in Delhi.

What ensues in Saket Chaudhary’s Hindi Medium, is a dialogue about the faulty admission system in private schools, the deplorable conditions of government schools, the cultural clash between the newly rich versus the settled elite, and the struggles of the lower class – all served in Chaudhary’s signature comic style.

The much-in-love husband Raj agrees to move out of his ancestral home to an upscale neighbourhood to improve Pia’s chances of getting admission qualifying for the 3km distance admission criteria.

The couple, Raj and Mita, put on a show of being upwardly mobile and classy, an act Mita is far more comfortable with than Raj. But entry into the elite club is not easy, and their neighbours are quick to smell the difference between “khandani ameer” and the nouveau riche.

Determined to make the admission list, the couple enlists the services of an admissions consultant (Tillotama Shome) who prepares both children and parents for the crucial school interview. All is well till this point.

The movie begins to flag post interval when desperate to get their daughter admitted, the couple resort to seek underprivileged quota. The race to dress-to- impress turns upside down in the couple’s attempt to bare-it-down for the inspection to qualify them for the Right to Education reservation. There really is much to say about the role of English as a status symbol in our country. Perhaps, that is why this is not the first tale in the Indian film industry's kitty.

The first one is a Bengali film – Ramdhanu. Made in 2014, the film is about a worried mother eager to get her son admitted to one of the premier schools, and a dotting husband who will do anything to please. What ensues is a laughter right, with a warm satirical narrative. An adaptation from this is seen in the Malayalam film – Salt Mango Tree. The plot need hardly be repeated.

In Chaudhary’s third film after Pyaar Ke Side Effects and  Shaadi Ke Side Effects, he revisits what he is best at – producing comedy in everyday ordinary. He introduces some great characters – a Punjabi mother and daughter shopping for Bollywood fakes, the how- to-get- into-nursery consultant Shome, the dodgy principal Amrita Singh, the humane daily wage earner Deepak Dobriyal.

Qamar, suits the character well, although her repeated lines get tiresome beyond a point. What lets the film down is its flat writing. The script soon slides into crude stereotyping.

The rich is shallow and unkind – all talk and no show about ‘sharing is caring’. The underprivileged folks are selfless. So kind are the ‘Batra Colony’ poor, that they move Raj to the sudden discovery of a conscience, who until now saw little of it.

As usual, it is Irrfan Khan who holds us to our seats. The scene where we see Raj snuggled in what looks like an expensive sofa, watching his favourite TV show – Naagin, jumpy in anticipation, or the one where we see him spit out the half-eaten caviar tart, are in essence the satirical comedy that the film was meant to be. But somewhere, it got lost in the film’s sermonizing narrative, and its need for a dramatic, rather heroic, ending.