Babush Monserrate, a former minister who has made no bones about wanting to be Goa’s CM, entered the hall of shame for alleged rape of a minor and trafficking. 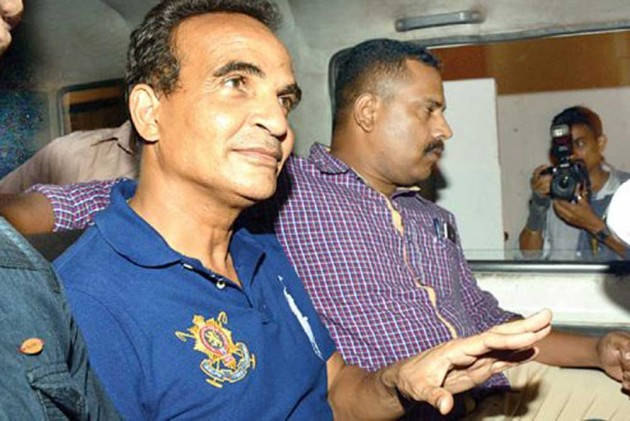 When I first came to Goa 25-plus years ago, one of the things that hit me was that politicians were simple, did not sport a VIP attitude, dressed normally, talked normally and dealt with people in a friendly manner (even had the occasional drink with them in the local taverna) because they too lived in villages where their constituents were neighbours. The Legislative Assembly, which then had 30 MLAs as opposed to today’s 40, too was a fun place where members did not grandstand, play to the gallery, jump into the well of the house and appeared to be concerned with people’s problems. In fact, there was an opposition MLA who would even mimic the sonorous voice and Portuguese-accented English and Konkani of a later CM to everyone’s amusement and the gentleman’s (known as “dotor”) mild exasperation.

But on May 5, one could say Goa crossed the rubicon after one of its MLAs, a product and perpetrator of everything that stinks in Goa now, Babush Monserrate, a former minister who has made no bones about wanting to be Goa’s CM, entered the hall of shame for alleged rape of a minor and trafficking.  In the last few years, Goa has had a few dubious firsts, but this tops it, although Babush, a Congress MLA who was expelled by the party, claims he is innocent and that the complaint is “false and bogus” and that he is being “framed”.

A 16-year-old Nepali girl says that her mother in league with a neighbor, “Aunty” Rosy Ferros, allegedly sold her to Babush for Rs 50 lakh. The mother has been arrested while “Aunty” has gone AWOL. Incidentally, it has emerged that “aunty” was allegedly a pimp who was close to Babush and always had a supply of girls.  The crime branch, in front of whom Babush surrendered, says it has “digital, forensic and circumstantial evidence” although that seems to be a bit of a stretch considering the girl, who has sought sanctuary in a Children’s Home almost a month ago on April 11, says she was drugged and raped by Babush before that. Babush says that he had given her a salesgirl’s jobs in one of his showrooms and she was sacked 10 days later for stealing. For a minor teenager to pick up the courage to even report such a heinous crime is rare, never mind that she is pointing to a powerful man as an accuser.

Babush has been flirting with the law for long. He was arrested in 2008 for attacking the Panaji police station, a case being investigated by the CBI. Then his son, Rohith, was booked for allegedly raping and sending obscene messages to a 14-year-old German girl in 2011. Babush was then a minister in the Congress government and his son was let off because the survivor failed to depose against Rohith. The same year activist Aires Rodrigues (who was prosecuting Rohith) and historian Prajal Sakhardande were attacked by 6 masked men in a bar and restaurant. And then there’s the case where the Mumbai airport customs detained Babush for trying to smuggle Indian and foreign currency equivalent to Rs 25 lakh.

So did nemesis catch up with him?

With less than a year for assembly elections, the question is: Is it a political conspiracy? The BJP, with whom Babush is on-again, off-again is a suspect. After all, Babush who conquered Panaji, a BJP stronghold, during the recently concluded local elections, had threatened to stand as an MLA from there. Currently, he and his wife, Jennifer, are both MLAs in Taleigao and Santacruz, which are both just outside Panaji. So did the BJP, fix him and thwart his political ambitions? One theory is that the BJP is actually distressed that Babush got caught with his pants down. In the political climate in Goa today, the BJP has lost most of the goodwill that had propelled it to win 21 seats in 2012. So, Babush is seen as BJP’s secret weapon to put the brakes on the Congress, which has never been able to cash in on voter’s disillusionment with the BJP. Far from resurgent, the Congress is seen as a “party of grandfathers” by its younger members who are at odds with the old guard. But even so, the Congress is an intimidating force to the BJP that Babush could deflect because he could eat into its voter base.

This implication can be read into CM Laximikant Parsekar’s statements post-Babush’s arrest. On Thursday, he said, “The charges are of an extremely serious nature.”  But on Friday, he did a volte face saying, “We have to listen to his statements.  If he says there is political vendetta in the case, then people like me, who are at the helm of affairs, have to take care before speaking.” But despite that, he is the one who spoke, saying, “He has been elected not once or twice but three times.” So, go easy on him? On the other hand, the Congress could see him as a “secular” and powerful force that could keep the BJP at bay, and make space for it to come back.

Either way, Babush seems to be in a win-win situation despite the terrible taint.