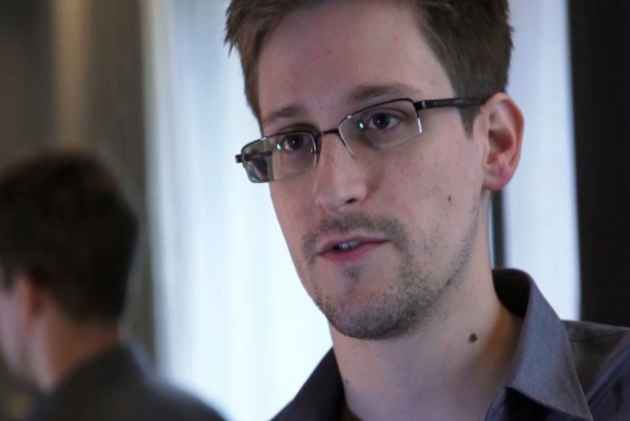 American whistleblower Edward Snowden on Tuesday came out in support of The Tribune reporter, who has been booked for exposing alleged flaws in Unique Identification Authority of India (UIDAI) system.

Snowden took to Twitter and said that instead of an investigation, the journalist needed to be rewarded for exposing that the Aadhaar data  could be obtained at a cost of only Rs 500.

In his tweet, the former United States government contractor, who has taken an asylum in Russia, also suggested that action should rather be taken against UIDAI, the body that runs the Aadhaar programme.

The journalists exposing the #Aadhaar breach deserve an award, not an investigation. If the government were truly concerned for justice, they would be reforming the policies that destroyed the privacy of a billion Indians. Want to arrest those responsible? They are called @UIDAI. https://t.co/xyewbK2WO2

Union Minister for Electronics and Information Technology Ravi Shankar Prasad on Tuesday had said that the administration was "fully committed to freedom of press" and that an FIR filed is "against unknown".

Govt. is fully committed to freedom of Press as well as to maintaining security & sanctity of #Aadhaar for India's development. FIR is against unknown. I've suggested @UIDAI to request Tribune & it's journalist to give all assistance to police in investigating real offenders.

On January 5, Snowden had hinted that the Aadhaar database conceived and introduced by the Indian government can also be misused and abused.

An FIR was registered by the deputy director of the Unique Identification Authority of India (UIDAI) against The Tribune newspaper and its reporter, Rachna Khaira, for a report published earlier this week on how demographic data associated with Aadhaar numbers was being sold by anonymous sellers over WhatsApp for just Rs 500.

The FIR also names Anil Kumar, Sunil Kumar and Raj, all of whom were mentioned in The Tribune report as people Khaira contacted in the course of her reporting.

The FIR was lodged with the Crime Branch’s cyber cell under IPC Sections 419 (punishment for cheating by impersonation), 420 (cheating), 468 (forgery) and 471 (using as genuine a forged document), as well Section 66 of the IT Act and Section 36/37 of the Aadhaar Act.

Under fire for filing the FIR, the UIDAI had said it respects free speech, including freedom of the press, and its police complaint should not be viewed as "shooting the messenger".

In a statement, it said that its act should not be viewed as one targeting the media or a whistleblower.

Justifying its stance, the UIDAI said criminal proceedings have been initiated as it was an act of unauthorised access.

Editor-in-Chief of The Tribune Harish Khare, in a statement, said, "We regret very much that the authorities have misconceived an honest journalistic enterprise and have proceeded to institute criminal proceedings against the whistleblower."