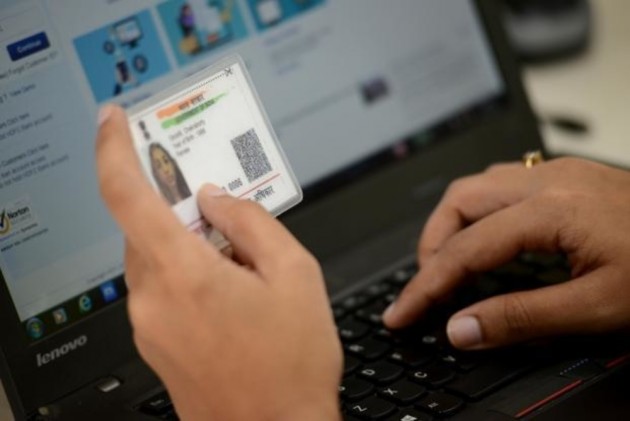 The Cabinet on Monday approved amending the two existing laws to provide legal backing for seeding of biometric ID Aadhaar with mobile numbers and bank accounts, according to people privy to the development.

The Cabinet headed by Prime Minister Narendra Modi approved amendments to the Telegraph Act and the Prevention of Money Laundering Act (PMLA) after the Supreme Court in September imposed restrictions on the use of Aadhaar by private companies.

"Private entities using Aadhaar as a KYC document will have to ensure safety and privacy of the Aadhaar data," a source said.

Sources said the two Acts will be amended to provide for voluntary sharing of the 12-digit identification number for obtaining new mobile phone connections and for the opening of bank accounts.

The changes in the relevant sections of the Telegraph Act and PMLA will be effected through the original Aadhaar Act.

A bill in this regard could be moved in the ongoing Winter Session of Parliament and would clarify that the changes in the two Acts are being made through the principal Aadhaar law.

Under the amendments, an Aadhaar holder can opt for offline verification through QR code and will not require to share actual Aadhaar number.

The Supreme Court had struck down Section 57 of the Aadhaar Act that made seeding of the biometric ID with SIMs and bank accounts mandatory, saying it had no legal backing.

To overcome this lacuna, the Telegraph Act is being amended to provide legal backing for the issuance of mobile SIMs through Aadhaar.

Similarly, the amendment to the PMLA will give individuals option to link their bank accounts to Aadhaar in the KYC option.

Under the amendments, the government has proposed an imprisonment of up to 10 years for attempting to hack Aadhaar data. Currently, the punishment for this offence is 3 years.

Sources further said a child who has been enrolled for Aadhaar through his/her parents will have an option to opt out of Aadhaar data base after attaining age of 18 years.

Also, action will be taken against accountable individuals in case they deny any service for want of Aadhaar, as per the proposed amendments.

The apex court in a landmark judgment had held constitutional validity of Aadhaar for the distribution of state-sponsored welfare subsidies but ruled that it cannot be made mandatory for opening bank accounts or providing mobile-phone connections. The ruling followed petitions by activists and lawyers citing privacy concerns.

Conceptualised under the previous UPA regime in 2009, under the extraordinary Aadhaar programme provides for giving every resident a biometric ID by assigning a unique 12-digit identification number after collecting their biometric data and photographs. It was envisioned as a cost-saving tool that could improve the delivery of services and subsidies to poor by eliminating bogus beneficiaries and checking diversions.