AAP needs to drop the identity of the aam aadmi as there can be no such thing in politics. The Indian neta has always been ‘khaas aadmi’ 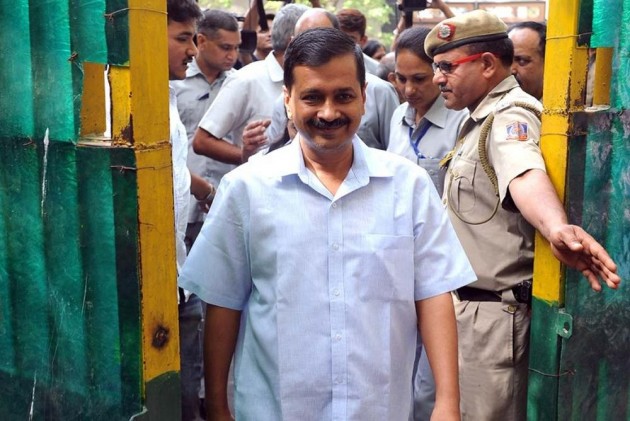 The naissance of the Aam Aadmi Party and its eventual success must and foremost be attributed to the mammoth negative perception of the wrongdoings of the UPA regime in the public psyche. India Against Corruption was a response, constructed upon the rightful anger of the tax-paying citizens and some brilliant perception management strategists who later on donned the (now) infamous cap of the Aam Aadmi. The re-election of the AAP in 2015 -- despite the fiasco in 2013 and the powerful rise of the Narendra Modi-led BJP in the Centre -- was largely due to the desire of the people to see their ‘experiment’ reach its logical conclusion. But today, despite not facing any major charges of corruption or even bad governance per se, Arvind Kejriwal’s AAP finds itself with one of the least popular political voices in the nation. The results of the MCD elections are but a mere confirmation of the very evident disenchantment of the aam aadmi with the party that goes by its name.

Historically, in precipitate moments of revolutionary fervour, men and women of the world have tended to behead tyrants, monarchs, and other facets of centralized powers, only to find themselves in utter chaos and helplessly in the power of unstable anarchic forces. When the Rump Parliament of seventeenth century Britain decided to execute King Charles (I) in the name of the people, those very people suddenly found themselves agonizing under the regicidal dictator Cromwell and a number of them openly regretted the state of the nation and fell into a deep nostalgia for its monarchic past. A century later, the French decided to chop their king’s head off; but at the end of it all, found themselves sulking at the convenient swap of power and wealth by the nobility and bourgeoisie. Not only did the peasant and lower-income strata of the French population remain underprivileged and poor, they also found themselves living in a country that was more unstable, dangerous and gory than it used to be under the monarchy.

But we need not go back to dusty volumes of history books to understand this phenomenon: we need only to look at the events that followed the downfall of the last Indian tyrant, Indira Gandhi. The Janata coalition, led by the extremely popular Jayaprakash Narayan, could dismantle arguably the most oppressive head of state India had seen, but failed miserably to hold on to power as the various factions constituting the coalition were only united by their hatred for Mrs. Gandhi. Thus, the very people who risked their lives on the streets protesting against the great tyrant voted her back to power with an enormous majority only a few years later.

The AAP seems to have run into a similar conundrum. The anti-establishment party seems bewildered at its paradoxical status of being the new establishment. The Indian voter, as has been proved on a countless number of occasions, votes principally on perception -- and not just the perception created by the corporate media -- but also on his/her own political understanding of party ideologies and discourses. This is where the AAP has failed most spectacularly; accustomed to hurling accusations and branding political adversaries as corrupt, communal and the other usual C-words of Indian politics, the party seems moronically perplexed when placed at the receiving end of questions by the media and the people.

To his credit, Arvind Kejriwal did try his very best to maintain his anti-establishment credentials by protesting even when in power, dishing out certificates of corruption and sleeping on streets during his short-lived first tenure as Chief Minister of Delhi. However, the second time around, his almost Donald Trumpesque abuse of the social media to hurl accusations and insults at an immensely popular Prime Minister has backfired completely, and the only weapon in the AAP’s arsenal became its own kryptonite. In current public perception, the Aam Aadmi Party has been reduced to a perpetual whiner. (Who can forget the barrage of tweets about ‘faulty’ voting machines and the Election Commission being the stooge of Modi).

If the AAP wishes to survive the battle against its own extinction, it needs to stop talking about what it is ‘not’, and/or what it is against, but rather to invent a political identity of its own. That would inherently mean dropping the identity of the aam aadmi as there can be no such thing in Indian politics. The Indian neta has always been a ‘khaas aadmi’ and that is precisely why he has managed to survive the wrath of the people and win their love over and over again. One needs to accept the fact (however radical it may seem in today’s world of Che Guevara t-shirts and azadi slogans) that inside the collective subconscious of the masses resides a natural desire for stability and for some form of not overtly oppressive authority. One must then (as the AAP learns the hard way) be extremely wary of speaking in the name of the people.

The author is commencing his PhD in French Literature.