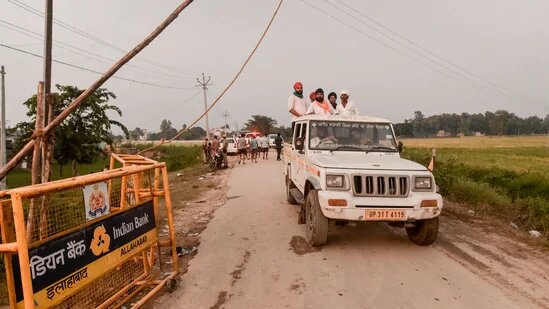 An Aam Aadmi Party (AAP) delegation on Wednesday reached Lakhimpur Kheri to meet the families of farmers who lost their lives during a protest in the district Sunday.

The party also shared a video of Chief Minister Kejriwal speaking to the family over phone.

In a video he tweeted earlier, Sanjay Singh said he was in police custody for 55 hours in Sitapur.

“Now, I am allowed to go alone to Lakhimpur where leaders from Punjab will meet me and then we will go to meet the victims' families,” he said in the video.

He also asked why no action has so far been taken against junior home minister Ajay Kumar Mishra and his son for allegedly mowing down four farmers in Lakhimpur Kheri.

“Is an impartial inquiry possible? Three vehicles of the minister crush farmers and yet he continues to be the home minister of the country,” Singh said.