AAP In Talks With Yashwant Sinha, Wants Him To Contest From New Delhi LS Seat: Report

Talks are also on with disgruntled BJP MP Shatrughan Sinha to field him from West Delhi Lok Sabha constituency. 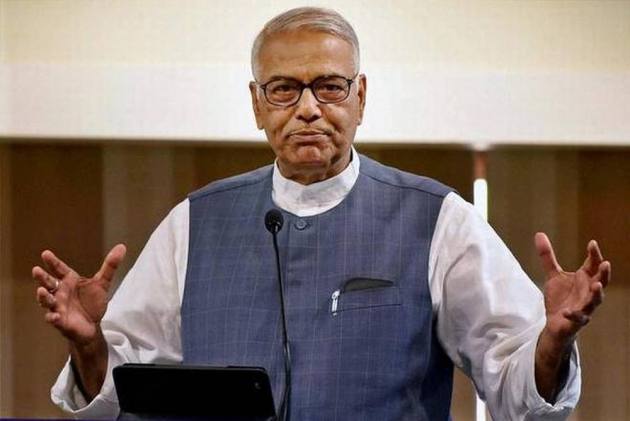 The Aam Aadmi Party is reportedly in talks with former BJP leader Yashwant Sinha to field him in New Delhi Lok Sabha constituency in the 2019 elections, a senior party leader said.

Talks are also on with disgruntled BJP MP Shatrughan Sinha to field him from West Delhi Lok Sabha constituency, but the actor-turned-politician is unwilling to leave his Patna Sahib constituency in Bihar, the AAP leader said.

Yashwant Sinha, who was a key cabinet member in the Atal Bihari Vajpayee-led government, has been a vocal critic of Prime Minister Narendra Modi and the BJP under Amit Shah.

The Aam Aadmi Party is of the opinion that Yashwant Sinha's image and him being a former bureaucrat will help him garner significant number of votes from the New Delhi constituency.

"We want Yashwant Sinha ji to contest from New Delhi and talks are progressing in the right direction," the AAP leader said.

Earlier this month, Delhi Chief Minister Arvind Kejriwal was joined by Yashwant Sinha and Shatrughan Sinha to slam the Narendra Modi government at a Jan Adhikar rally in Noida.

Yashwant Sinha had last won the 2009 Lok Sabha polls from Hazaribagh constituency in Jharkhand. Since 2014, the seat is represented by his son Jayant Sinha, who is a minister in the NDA government at the Centre.

AAP sources said the constituency in-charges will eventually be declared as candidates from respective constituencies. The party intends to field two "outsiders" from these New Delhi and West Delhi Lok Sabha seats.