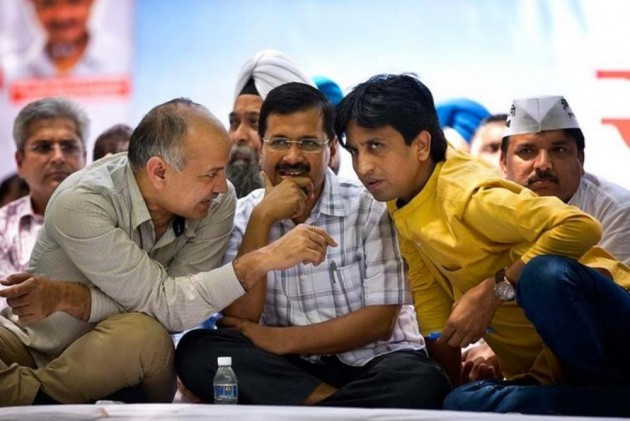 The Aam Amdi Party (AAP) is likely to decide on its candidates for the three Rajya Sabha seats by January first week, a party leader said, insisting that it is looking for faces outside the organisation.

There are many aspirations within the AAP for the three seats for the Upper House of Parliament that goes to polls in the mid-January.

The election has also created a bitterness in the party. This is also one of the reasons to delay the announcement of the candidates.

Senior party leader Kumar Vishwas, who has been at odds with the leadership for sometime now, was considered to be one of the strongest contenders.

However, given his present equation with Chief Minister Arvind Kejriwal, the chances of party sending him to the Upper House are slim.

Apart from him, Ashutosh, Sanjay Singh are other two candidates for the Upper House if the party choses to field its leaders.

"But we are looking for candidates outside the organisation," the leader said.

The leader added that the party is looking for candidates from the field of law, economics and social work.

The party had also approached former RBI Governor Raguram Rajan in October, but he declined the offer.

The move to not field any party leader to the Rajya Sabha is also seen as an attempt to put an end to the intra-party rivalry.

Delhi sends three members to the Rajya Sabha. Currently, the city-state is being represented by Janardan Dwivedi, Parvez Hashmi, Karan Singh, whose terms end in January next year.

With its brute majority in the 67-member Delhi Legislative Assembly, getting its three members elected to the Upper House is given.