The demands came after Chief Minister Arvind Kejriwal was attacked with chilli powder in the Delhi Secretariat last week. 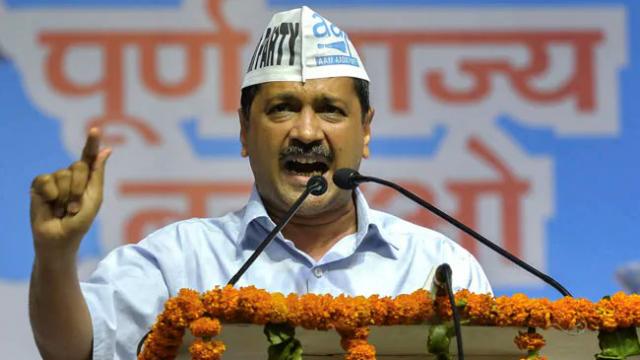 Demanding an amendment in the Constitution, the Delhi Assembly on Monday passed a resolution moved by Delhi Home Minister Satyendar Jain to bring Delhi Police under the elected government and to make it accountable to the Legislative Assembly like in other states.

Jain, through the resolution moved and passed during a special session of Delhi Assembly, demanded that "necessary steps be initiated by the Government of India to devolve certain powers to the elected Government so that it is in a position to have control over Delhi Police in implementing its decisions" while the amendments were pending.

The demands came after Chief Minister Arvind Kejriwal was attacked with chilli powder in the Delhi Secretariat last week, with the ruling Aam Aadmi Party (AAP) blaming the BJP and Delhi Police for the attack.

"The Union government take immediate steps, in large public interest, to initiate necessary steps to bring the police in Delhi under the control of the elected government of Delhi and to make it accountable to the Legislative Assembly as in the case with any other state in India, by way of amending the Constitution and relevant laws," Jain said in the Assembly.

Jain said that Delhi had became totally "unsafe for its inhabitants".

He also that in spite of Delhi Police officials on duty being the witnesses to such attacks, the police "tries to hush them up with grossly illogical arguments which have turned the Delhi Police sadly in to a butt of ridicule".

He also said that Police were not accountable to the elected government, the Legislators and the Assembly who were charged with the responsibility of looking after the overall well-being of the people.

He also said that it was necessary for the elected government to have certain degree of control over law enforcing agencies to ensure that decisions taken by it in public interest were implemented.

Kejriwal, supporting the resolution, added that, "due to subversive, disruptive and anti-people instructions given to Delhi Police by Union Government through Lt. Governor, the elected Government is not in a position to enlist any support from Delhi Police even in enforcing central laws such as Essential Services Maintenance Act when needed.

"It has become a huge and unassailable challenge for the elected Government to discharge its functions and to look after public interest in the absence any control whatsoever over Delhi Police," he said.

While Jain was presenting the resolution, Leader of Opposition Vijender Gupta and MLA Kapil Mishra were marshalled out for creating ruckus in the Assembly on different issues. Meanwhile BJP MLAs Jagidish Pradhan and Om Prakash Sharma walked out of the Assembly.

"This is 19th time I am marshalled out from Delhi Assembly within five minutes of start of session. My fault - I demanded discussion on Contract employees, Pollution and Bangladeshis," Mishra tweeted.

The AAP MLAs also demanded the exclusion of Delhi Police from the Rs 1 crore compensation policy for martyrs.

The Chief Minister had rejected the demand earlier and also rejected it in the House.

During the discussion, party MLA Saurabh Bhardwaj said the money was paid from the taxpayers money and the government should think about it.

Speaking in the House, Chief Minister Kejriwal said he will not oppose the money as, he feels, "over 95 per cent of the police force is not corrupt and are hard working and deserve the respect and money".

The Assembly also passed a resolution "to abolish the National Pension System and reinstate the old Pension System in the interest of lakhs of government servants.

"The pension, which the employees get, is from the Centre. If we had the power, we have would changed the law in just 24 hours. I want the Centre to change the policy for the Delhi government employees and to restore the old Pension System," Kejriwal said.