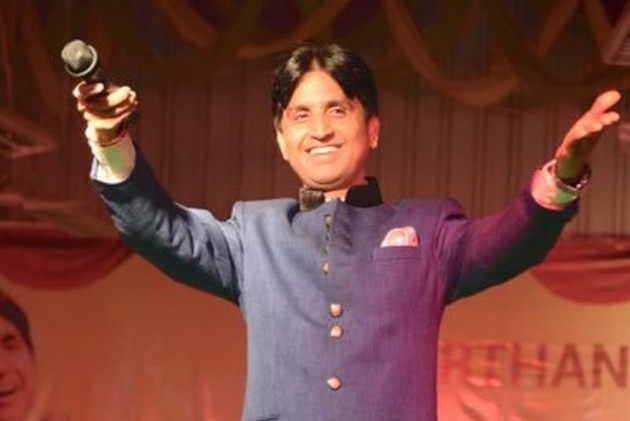 Aam Aadmi Party leader Kumar Vishwas is reported to be in talks with BJP leadership to join the saffron party and eying for a ticket to contest from Sahibabad constituency in the upcoming Uttar Pradesh assembly elections. However, the poet -turned politician and his party denied the report.

Economic Times reported that Vishwas may take a call on this in a day or two. The report also says that Vishwas, who had contested the Lok Sabha elections on an AAP ticket from Amethi against Rahul Gandhi and Smriti Irani, is likely to meet BJP Chief Amit Shah before a formal announcement is made. Sidelined in the AAP, report suggests that Vishwas has been hobnobbing with the BJP leaders for the past few months, fuelling speculations of him joining the party.

However, Vishwas took to social media to reject the report. "PM ji had said to improve 'Sense of Humor', bhakts took it as 'Sense of Rumor'... Lage Raho!! " he tweeted.

AAP leader and Delhi chief minister Manish Sisodia ridiculed the report. "I have information that PM ji is going to join Congress after UP elections. He has even met Rahul Gandhi," Sisodia tweeted.