Additional sessions Judge Shyam Lal in Ghaziabad (UP) had sentenced the Talwars to life imprisonment on November 28, 2013, holding them guilty in the twin murder case. 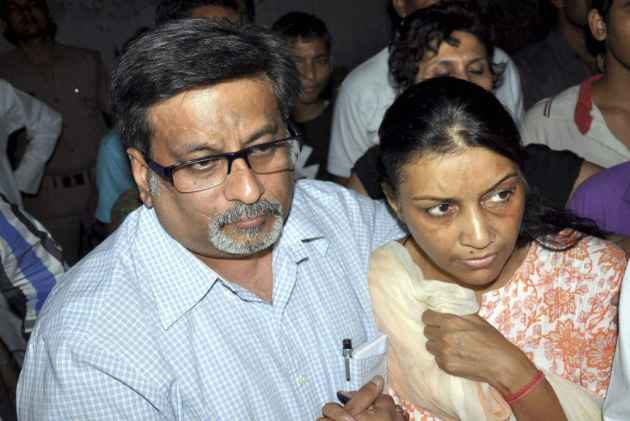 Shyam Lal,the former trial judge in the Aarushi Talwar and Hemraj muder case moved the Supreme Court seeking expunction of remarks against him made by the Allahabad HC while setting aside its conviction order in the case.

The Allahabad High Court had chastised the trial court judge for telling a "different story" propelled by "vitriolic" reasoning convicting dentist couple Nupur and Rajesh Talwar in the murders of their daughter Aarushi and domestic help Hemraj in May 2008.

Additional sessions Judge Shyam Lal in Ghaziabad (UP) had sentenced the Talwars to life imprisonment on November 28, 2013, holding them guilty in the twin murder case.

Allowing the appeals of the Talwars against the CBI court order, Justices BK Narayana and AK Mishra of the Allahabad High Court last year acquitted the couple, saying that neither the circumstances nor the evidence was enough to hold them guilty.

In "absolute agreement" with Justice Narayana in giving the Talwars the benefit of doubt, Justice Mishra said, "The learned trial Judge has prejudged things in his own fashion, drawn conclusion by embarking on erroneous analogy conjecturing to the brim on apparent facts telling a different story propelled by vitriolic reasoning."

"Thus, basing the finding of conviction without caring to see that it being a case based on circumstantial evidence things cannot be presumed and stuffed in a manner like the present one by adhering to self-created postulates then to roam inside the circle with all fanciful whim," he said.

Writing his own 10-page judgment in the 273-page verdict, Justice Mishra said, "The learned trial Judge took evidence and the circumstances of the case for granted and tried to solve it like a mathematical puzzle when one solves a given question and then takes something for granted in order to solve that puzzle and question."