The BJP has managed to occupy the Opposition space by decimating the Congress and the Trinamool Congress in Tripura. 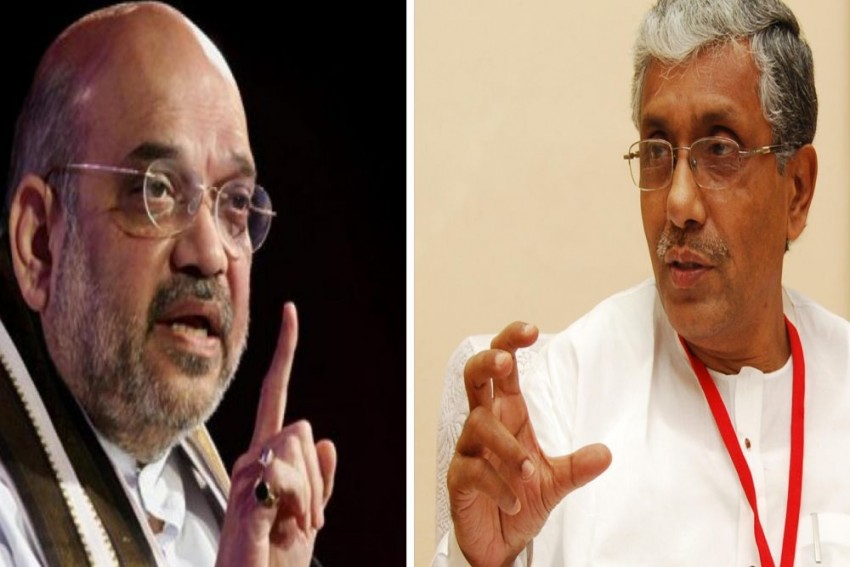 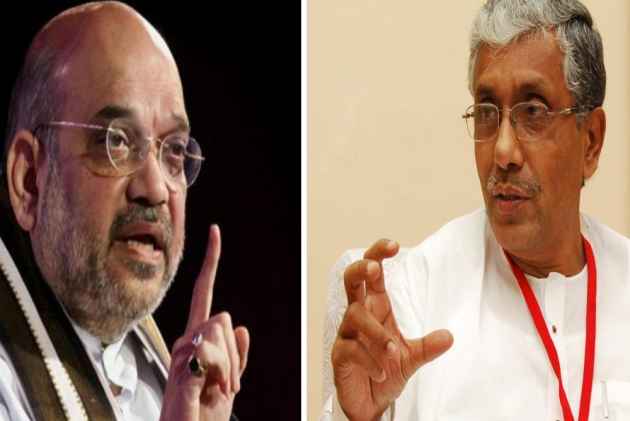 As the muezzin’s call to faithful to undertake fajr -- first of the five prayers that Muslims perform every day – rends the air from the makeshift masjid of Madhyatila village in South Tripura district, there is a tinge of defiance in his voice.

The pious task Johirul Islam, the Imam, has undertaken is fraught with danger, for he has defied the diktats of the all-powerful CPI(M), the ruling party of Tripura, and joined the “Hindu party” BJP. Along with him, about 25 families of the 85 Muslim households in the locality have joined the BJP.

The local CPI(M) leader, a Muslim, allegedly prohibited them from offering prayers at the local mosque. Apostasy is a capital crime in Communism. “The local CPI(M) leader had threatened that they will cut us to pieces if the party wins the forthcoming Assembly elections,” said Lalchand Batcha, a neo-convert to the saffron party.

Of late, there is a palpable change in Tripura’s political landscape and the turnout at BJP president Amit Shah’s recent rally at Udaipur in Tripura testifies this shift. The BJP which used to be an underdog till recently – it got less than 2% votes in the last Assembly election -- has emerged as a major challenger to the ruling party.  The saffron-green flags that dot the edges of roads and street corners in the hinterlands across the state and flank every Red flag put up show not only BJP’s penetration but send a menacing message to the Communists.

The BJP has managed to occupy the Opposition space by decimating the Congress and the Trinamool Congress. Most of their MLAs and senior leaders are in the Saffron fold. In less than three years, the party has managed to build a formidable organization registering its presence in every nook and corner of the party.

According to Sunil Deodhar, Tripura BJP organising secretary, the party has set up committees in all booths and has appointed Panna Pramukhs. What Deodhar had brought into the party is a killer instinct and sense of urgency.

Deodhar has deployed a legion of full-timers drawn mostly from Maharashtra and Uttar Pradesh to manage the party work at macro level and educated local youths to coordinate work at micro level.  His efforts have started showing results. In a matter of three years, the Saffron party has managed to build a formidable party structure that’s giving a tough challenge to the CPI(M).

Now, the BJP has committees in all polling booths across the state. It has fanned out 42,000 Panna Pramukhs to coordinate sub-booth level activities. More names are being added to the list. Deodhar says this exercise has helped them weed out about 35,000 fake voters from the list. This has a telling effect on the polls. In the bypoll for Barjala LAC seat, BJP’s share of votes went up from a paltry 511 in 2013 to 12,395 in a little over three years. In the Barjala seat, though CPI(M) won, the BJP came a close second polling 15,769 votes. The Congress was pushed to a third position.

What made the BJP’s job easier was the rising tide of public disenchantment with Manik Sarkar-led Left Front government that has been ruling the state for the last 24 years. The cancellation of appointment of 10,323 teachers by the Supreme Court has not only dented the government’s image but has come with a political cost for the party.

A slew of other corruption charges and scams and involvement of CPI(M) leaders in the Rose Valley chit fund scam have helped BJP to tear apart Manik Sarkar’s paragon-of-probity image. Making geo-tagging mandatory for MGNREGA assets has blown the lid off a major scam of misappropriation of Central funds. Besides, bourgeoning unemployment and underdevelopment are other challenges that the state government had failed to address.

Local CPI(M) leaders admit that the party has to deal with unprecedented anti-incumbency.  Although, on paper, Tripura fares better than many other Indian states on several development parameters, the situation on the ground tells altogether a different story. Critics warn that the data should be taken with a pinch of salt.

In tribal areas, the situation is really depressing. A social activist Ashique Debbarma, who used to work for international NGO Caritas, says people die like flies when there is an outbreak of malaria. He says awareness about simple ORS could save lives of many children who are suffering from diarrhea.

Doctors seldom visit village health centres. The CPI(M) targeted NGO workers, as it doesn’t want the actual statistics to come out, he alleged. Teacher absenteeism in rural schools is a problem that the government has shown no interest to tackle. The CPI(M) has complete monopoly over appointments in government services and distribution of welfare scheme benefits.  Workers allege full payment is given only to CPI(M) members and others are told ‘Modi has not given your money’.

Poor law and order situation is another issue BJP is highlighting. About seven activists of the party were killed in political violence in the state. Prime Minister Narendra Modi will address three rallies in the state where he is expected to announce that Seventh Pay Commission benefits will be extended to state government employees who have been getting salaries on the basis of Fourth Pay Commission if BJP comes to power.

(Author is Editor-in-Chief of indusscrolls.com. The views are personal)