Concentrations were highest in European, North American, and Asian samples. 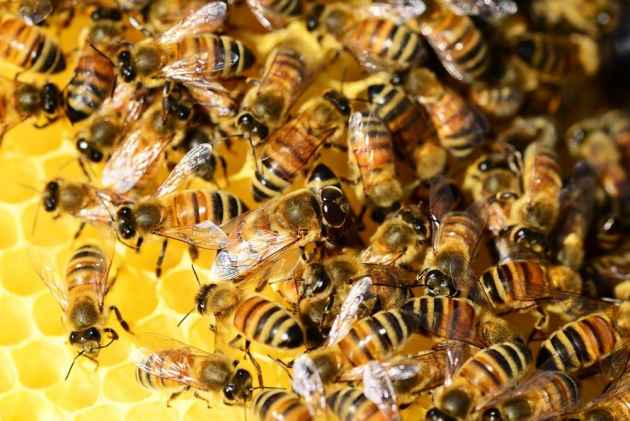 About 75 per cent of the world's honey is contaminated with bee-harming pesticides, a key factor behind the global decline of the crucial crop pollinators, a study has found.

Samples were taken across all continents - except Antarctica - as well as numerous isolated islands.

Concentrations were highest in European, North American, and Asian samples.

Although, the concentrations of neonicotinoids were below levels that the European Union authorises in food and feed products, researchers cited some emerging studies on the effects of neonicotinoids in vertebrates, such as impaired immune functioning and reduced growth, which may result in a re-evaluation of these restrictions.

As for the effects on bees, 34 per cent of honey samples were found to have concentrations of neonicotinoids that are known to be detrimental.

The results suggest that a substantial proportion of world pollinators are probably affected by neonicotinoids.

"The findings are alarming, neonicotinoids have become so globally ubiquitous that they are now present in 75 per cent of all honey," said Chris Connolly from the University of Dundee, who was not involved in the research.

"The levels of these chemicals detected in honey are unlikely to be a hazard to human health as they are present at very low levels and below the limit authorised for human consumption," Connolly said.

"However, the levels detected are sufficient to affect bee brain function and may hinder their ability to forage on, and pollinate, our crops and our native plants," he said.